The First Year of the James Webb Space Telescope: What We’ve Learned, What is Still to Come

The James Webb Space Telescope – an innovative infrared space telescope – launched into space on Christmas Day in 2021. During its first year, JWST has already made revolutionary advances across astronomy with its infrared capability and high sensitivity. In this talk, Dr. Heidi B. Hammel will provide a status update of the Webb Telescope and highlight some of amazing results from JWST’s first year. Dr. Hammel is one of the six Interdisciplinary Scientists for Webb; she leads a program designed to use JWST to explore the Solar System. Her team's targets run the gamut of planetary science: asteroids; Mars; Jupiter and its moon Europa; Saturn, its rings, and its moons Titan and Enceladus; Uranus and Neptune; comets; and the denizens of the distant Kuiper Belt including Pluto. This talk will share a sampling of JWST Solar System science, but will also show some of the spectacular deep space images of galaxies and gravitational lenses. Dr. Hammel will also highlight JWST studies of planets around other stars, explaining how we can study their atmospheres. She will finish with a look ahead not only for JWST, but for the future of space astrophysics. 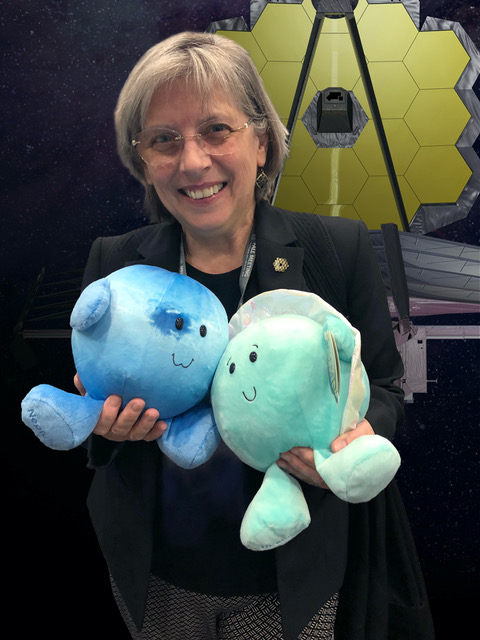 Dr. Heidi B. Hammel is one of the six Interdisciplinary Scientists for the James Webb Space Telescope (JWST) selected by NASA in 2002. She received her undergraduate degree from MIT and her Ph.D. from the University of Hawaii. She is currently the Vice President for Science at AURA, an organization that operates large astronomical observatories for the United States government, including the Hubble Space Telescope, James Webb Space Telescope, Gemini Observatory, and many more. Dr. Hammel primarily studies outer planets; she served on the imaging team for the Voyager 2 Neptune encounter, and has studied Uranus and Neptune extensively with Hubble and other facilities. She has been recognized for both her science and her work in public outreach, including the Sagan Medal and the San Francisco Exploratorium's Public Understanding of Science Award. In 2020, she received the American Astronomical Society’s Masursky Award for outstanding service to planetary science and exploration. Asteroid "1981 EC20" was renamed 3530 Hammel in her honor.