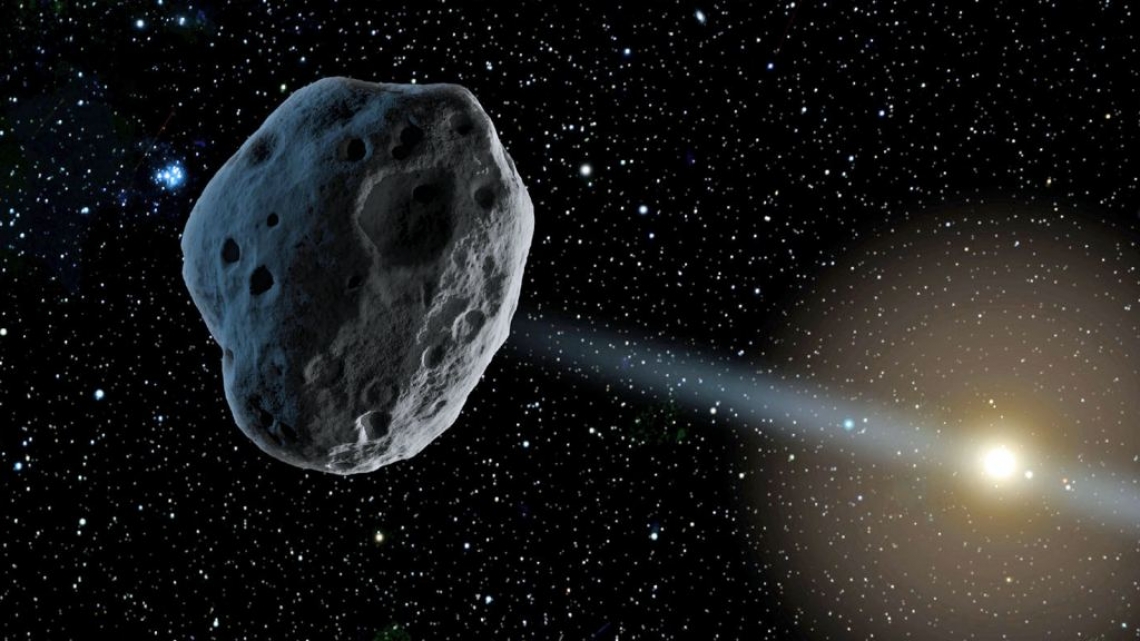 By Daniel Stolte and Koda Benavidez, University Communications - May 3, 2022

An asteroid defense mission led by a University of Arizona planetary scientist is among the projects prioritized by a new decadal survey from the National Academies of Sciences, Engineering, and Medicine. The survey identifies scientific priorities and opportunities and makes funding recommendations to maximize the advancement of planetary science, astrobiology and planetary defense in the next 10 years.

Titled "Origins, Worlds, and Life: A Decadal Strategy for Planetary Science and Astrobiology 2023-2032," the report identifies planetary defense – mitigating the risk of an asteroid hitting Earth – as a top priority. Planetary defense is part of an international cooperative effort to detect and track asteroids and comets that could pose a threat to life on Earth. It also is an element of NASA's planetary science endeavors concerned with human health and safety. The report's recommendations particularly focus on near-Earth objects, which are asteroids and comets that come within 1.3 times the distance between Earth and the sun.

NEO Surveyor is led by Amy Mainzer, a professor in the UArizona Lunar and Planetary Laboratory and one of the world's leading scientists in asteroid detection and planetary defense. NEO Surveyor is a follow-on mission to NASA's Near-Earth Object Wide-field Infrared Survey Explorer, or NEOWISE, space observatory. As principal investigator of NEOWISE, Mainzer has overseen the largest space-based asteroid-hunting project in history. Scheduled to launch in 2026, NEO Surveyor will greatly expand on what scientists have learned, and continue to learn, from NEOWISE. Development of NEO Surveyor is a key initiative of UArizona's strategic plan.

"We need to map out the locations and sizes of the asteroids and comets that could potentially impact Earth if we want to divert or deflect them," Mainzer said. "The decadal survey lays out a roadmap for ensuring that planet Earth has a robust plan for dealing with asteroid and comet impacts."

Following the successful completion of the NEO Surveyor and the DART mission – NASA's first planetary defense mission, which aims to nudge an asteroid from its orbit – the planetary sciences decadal survey recommends that the next highest priority planetary defense demonstration mission should be a rapid-response, flyby reconnaissance mission targeting a NEO of 50 to 100 meters in diameter. NEOs in that size range are representative of the population of objects posing the highest probability of a destructive Earth impact. Such a mission should assess the capabilities and limitations of flyby characterization methods to better prepare for a short-warning time NEO threat, according to the report.

The recommendations by the steering committee for the decadal survey draw on input from the scientific community through the advice of six panels, hundreds of white papers, invited speakers, outreach to advisory groups and professional society conferences, and work with mission-design teams.

Among the report's other recommendations are two flagship missions, one for a probe to study the giant gas planet Uranus, and another to search for evidence of life on Enceladus, a moon of Saturn. Other recommendations for missions include a Centaur Orbiter and Lander, Ceres sample return, comet surface sample return, Enceladus multiple flyby, Lunar Geophysical Network, Saturn probe, Titan orbiter, and Venus In Situ Explorer.

The report also prioritized the Mars Exploration Program and the Lunar Discovery Exploration Program. The report, by the National Academies of Sciences, Engineering, and Medicine's Planetary Science and Astrobiology Decadal Survey 2023-2032 Steering Committee, was sponsored by NASA and the National Science Foundation. The National Academies of Sciences, Engineering, and Medicine are private, nonprofit institutions that provide independent, objective analysis and advice to the nation to solve complex problems and inform public policy decisions related to science, technology and medicine. They operate under an 1863 congressional charter to the National Academy of Sciences, signed by Abraham Lincoln.