Surveyor VII landed less than 1½ miles from the center of the target circle, about 18 miles north of the rim of Tycho.

These delicate operations demonstrated the versatility of the surface sampler as a remote manipulation device and the precision with which its operations can be controlled from the Earth.

The surface sampler dug a number of trenches and conducted static and dynamic bearing­ strengths of the lunar material. The performance of the instrument and its controllers was outstanding.

In addition to acquiring a wide variety of lunar surface data, Surveyor VII also obtained pictures of the Earth and performed star surveys. Laser beams from the Earth were success­fully detected by the spacecraft's television camera in a special test of laser-pointing techniques.

Post sunset operations were conducted for 15 hours after local sunset at the end of the first lunar day at 06 :06 GMT on January 25, 1968. During these operations, additional Earth and star pictures were obtained, as were observations of the solar corona out to 50 solar radii.

In summary, five Surveyors have landed and operated successfully on the lunar surface. Four of these examined widely separated mare sites in the Moon's equatorial belt; the fifth investigated a region deep within the southern highlands. Four spacecraft survived the extreme cold of the lunar night and operated for more than one lunar day/night cycle. In total, the five Surveyors operated over a combined elapsed time of about 17 months on the Moon, transmitted more than 87,000 pictures, performed 6 separate chemical analyses of surface and near-subsurface samples, dug into and otherwise manipulated and tested the lunar material, measured its mechanical properties, and obtained a wide variety of other data that have greatly increased our knowledge of the lunar surface and the processes that have been acting on it.

The scientific and technological contributions of Surveyor to the future exploration of the Moon and planet have provided a major step forward in man's drive to explore the universe. This final report stands as a tribute to the hundreds of engineers, scientists, technicians, and managers—in industry, government, and the scientific community—whose devotion and professional excellence made Surveyor's remarkable achievements possible. 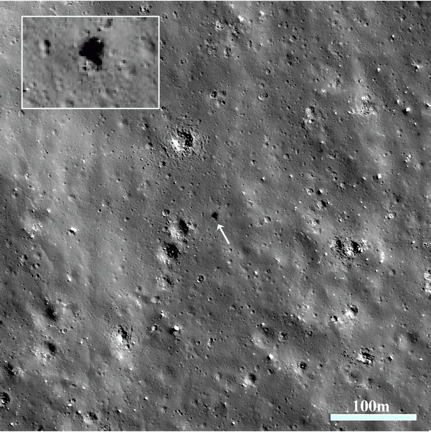