Goldwater Scholarship winner Adriana Mitchell of the UA will assist on the Japan Aerospace Exploration Agency's Hayabusa2 project, an asteroid sample return mission that is similar to the UA-led OSIRIS-REx mission by NASA.
UANews
Image

Students were part of a drill that tested astronomers' ability to respond to a highly unlikely — but not impossible — scenario: an asteroid on course to collide with Earth.
Read More
Image

1) Small Bodies in the Solar System

For studying small bodies in the Solar System we use data from our spectroscopy laboratory, ground-based telescopes and spacecraft orbiting asteroids in the main belt. The primary goal here is to characterize the surface properties of these objects and link them to meteorites that have arrived on Earth. Characterizing and understanding the linkage between meteorites and asteroids are important for understanding the origins of our solar system and the early geologic history of the solar system. We use the NASA Infrared Telescope Facility (IRTF) on Mauna Kea, Hawai’i to observe near-Earth asteroids in the infrared wavelengths to constrain their surface composition, albedo and size. We are also involved in NASA’s Dawn mission to asteroid Ceres working with the Framing Camera team; NASA’s NEAScout mission to near-Earth asteroid 1991 VG; Japanese Space Agency’s DESTINY+ mission to near-Earth asteroid Phaethon; and NASA’s NEOCam Phase A study.

Orbital space around our Earth is congested, contested and competitive. Our research group is actively working to ensure sustainable management of this valuable resource for future generations. Our spectroscopy lab is capable of characterizing space material under space-like conditions so we can better interpret spectral properties of objects in Earth orbit and uniquely identify them. We have a dedicated telescope for collecting visible wavelength spectral data (0.35-1.0 µm) of space objects. Undergraduate engineering students built the RAPTORS telescope that will enable us to characterize objects in geostationary belt. 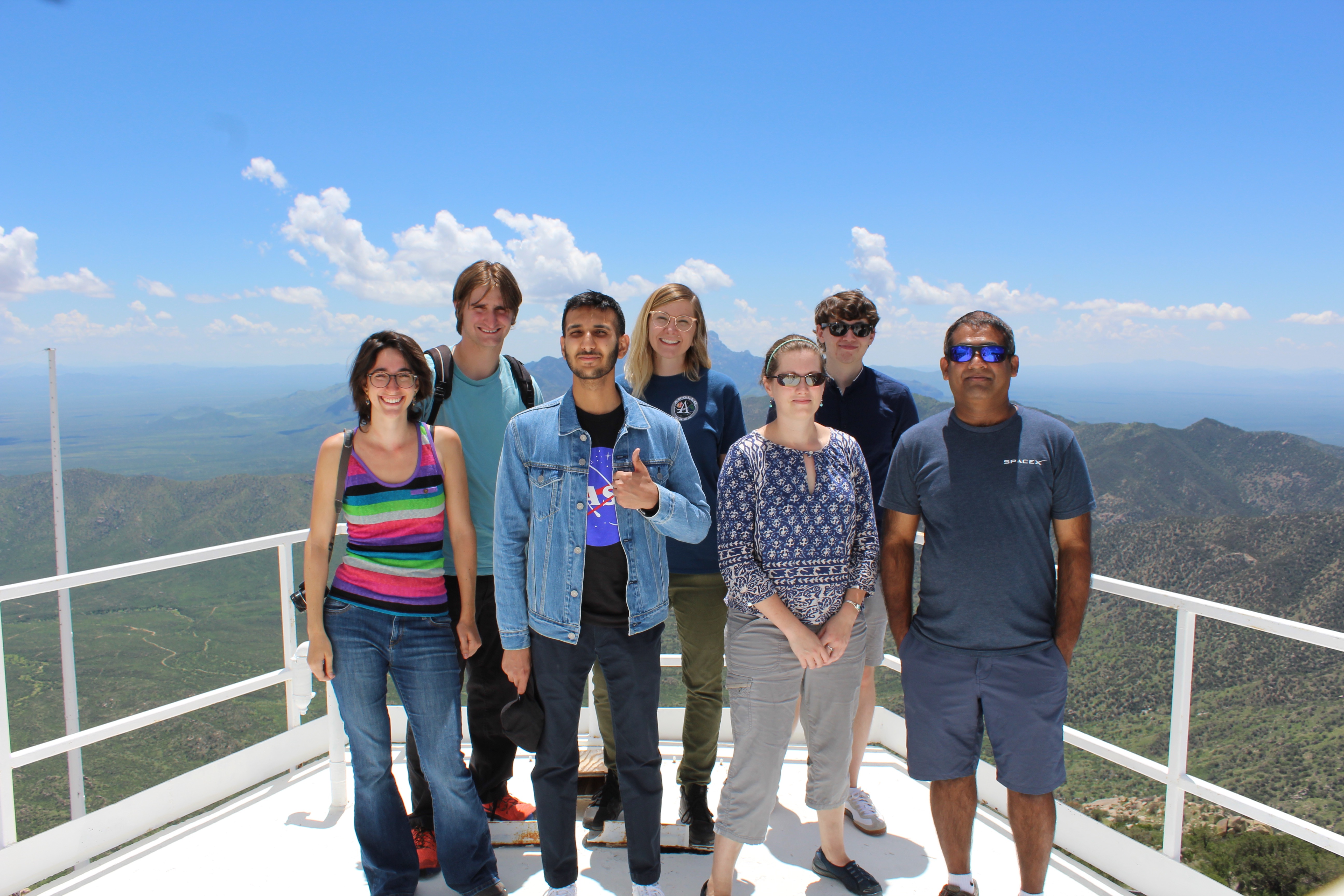 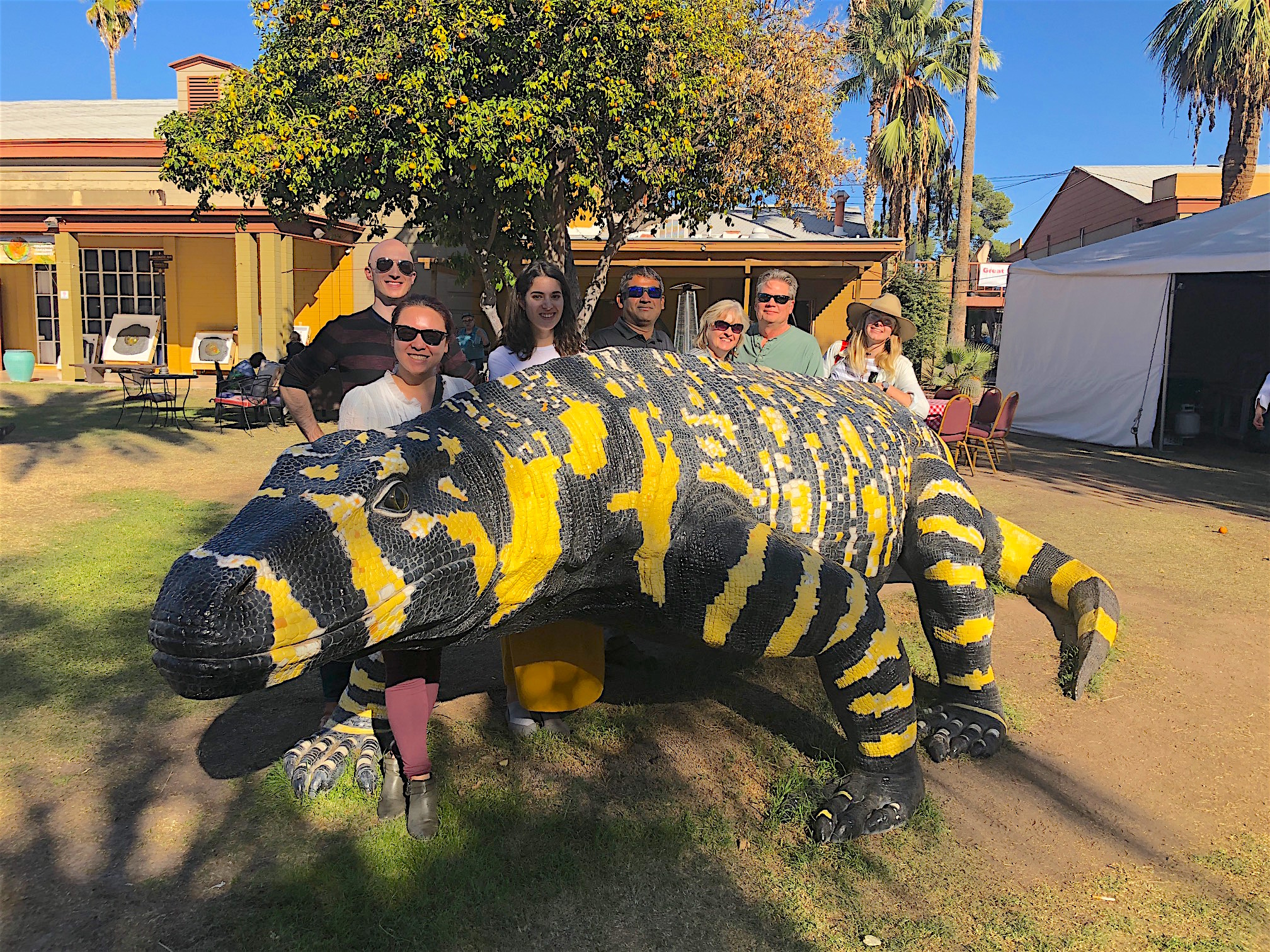 Professor Reddy and students at the 2018 Tucson Gem & Mineral Show. 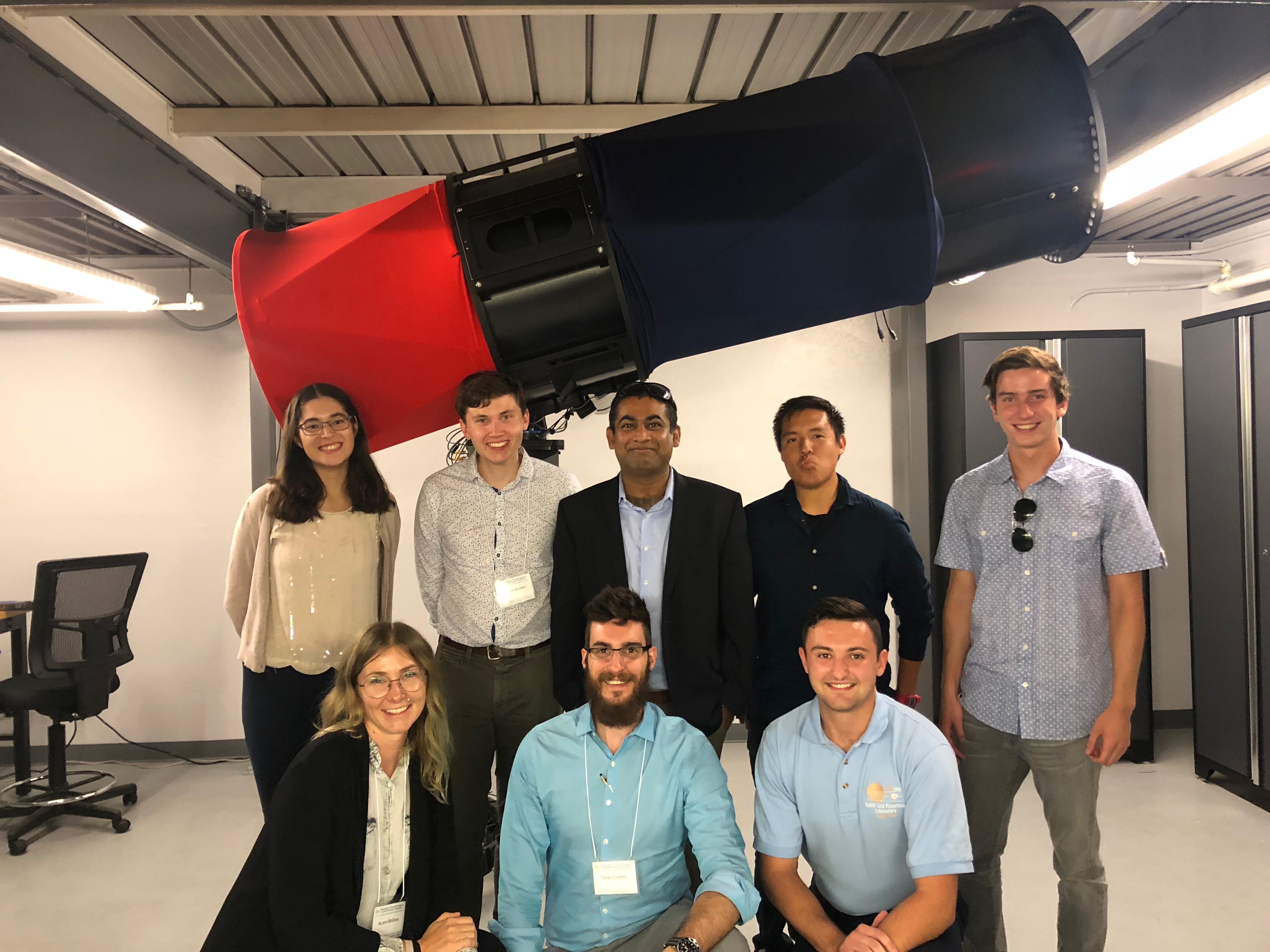 Professor Reddy and students after the 2018 Lunar and Planetary Conference.

Asteroid Flyby to Help NASA Observation
For the first time, an actual, but harmless, space rock will be used for an observational campaign to test NASA's network of observatories and scientists who work with planetary defense.
Thursday, July 27, 2017