A Message from the Dean

Re: A Message from the Dean (fwd)

This year's April Fools Day prank executed by the LPL graduate students was twofold: first, convert our own atrium into a 1970's discotheque with solar system disco balls, and second, annex the Astronomy Department. For our own department we filled the director's office with balloons, put up posters of him as Austin Powers, covered the Kuiper photo with John Travolta, covered over the atrium with black plastic sheeting for mood effects, and strung the disco solar system from the next floor balcony. For Steward (the astro department), we put an "LPL Annex" sign outside the building, covered over many interior signs with LPL Annex signs, appointed Bob Brown in charge and put up his picture over the old Steward directors, and sent a strategic faked email from the Dean announcing the administrative shift.

Photos are below. Our department appreciated Disco Planet, but the annexation of Steward went far better than anyone could possibly have hoped for. Undergrads were wondering whether they had to switch their majors, and supposedly the head of Steward got a call from Science magazine (email) enquiring into the administrative shift. It doesn't get any better than that. 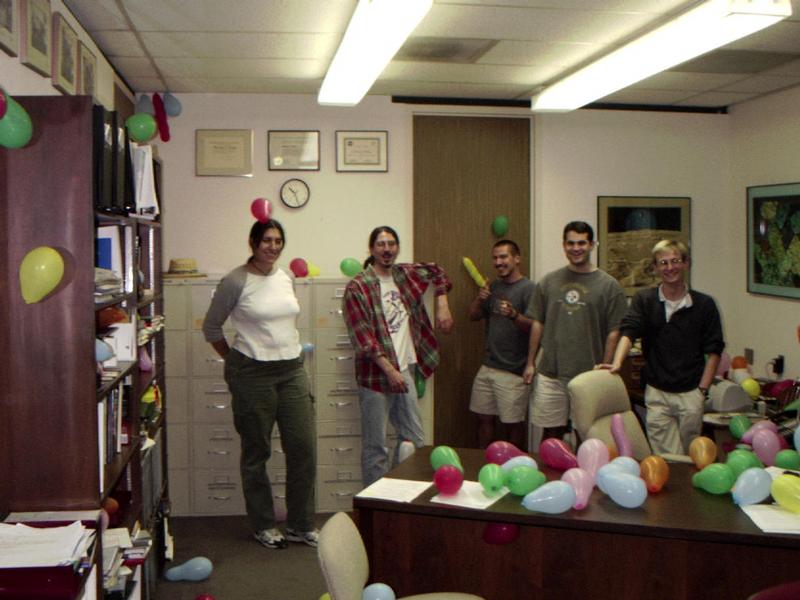 The ballooning of Drake's office. It's amazing how long static electricity allows balloons to stick to things . . . 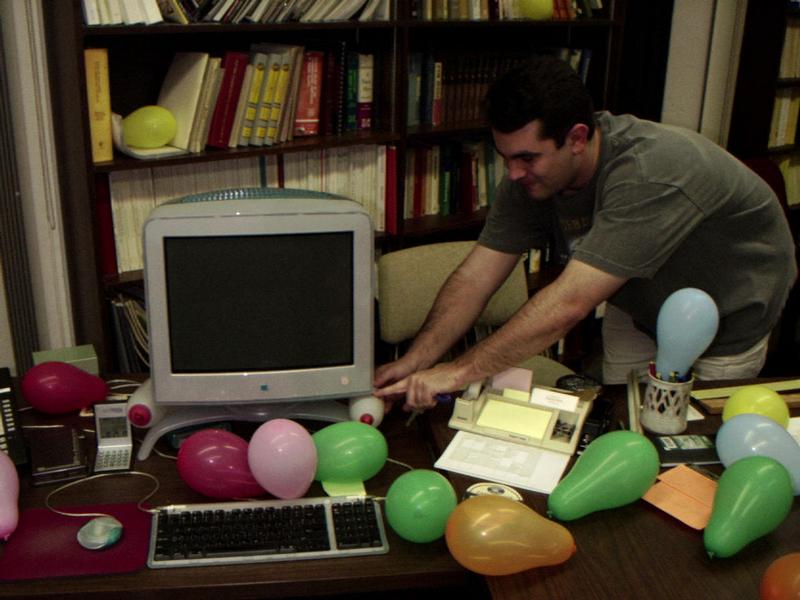 Where they got those little torpedo balloons I don't know. 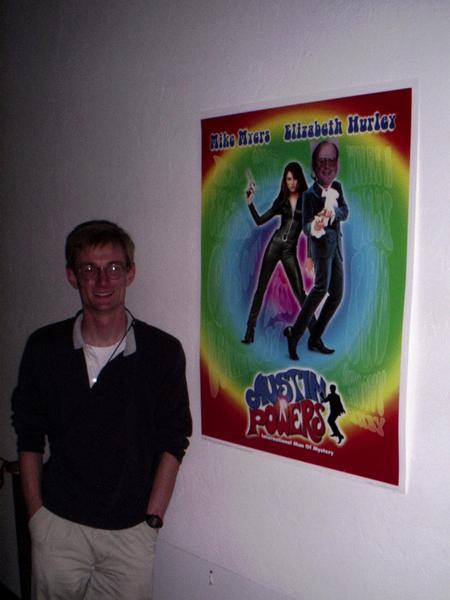 Paul with his British Creation. Mike Drake looked surprisingly good stuck over Mike Myers' head, even with Liz Hurley next to him. Mike is, of course, smiling happily. 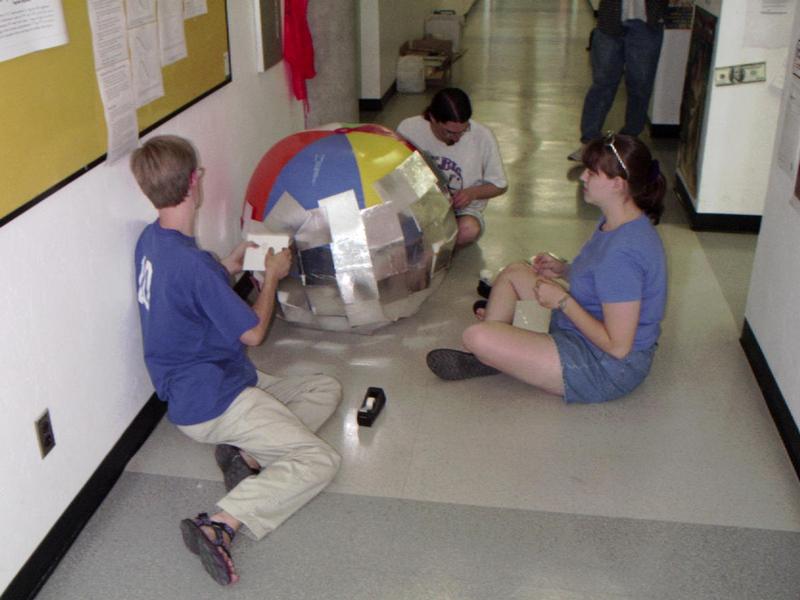 Forming the Sun. This method of star formation is not common in the literature. 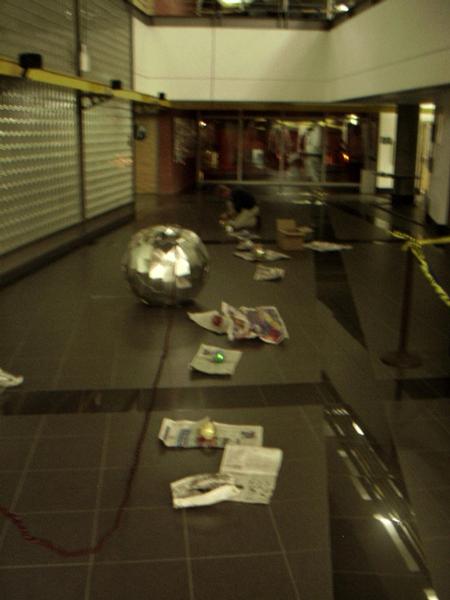 Disco Solar System in preparation. A little fuzzy due to 1s exposure time. 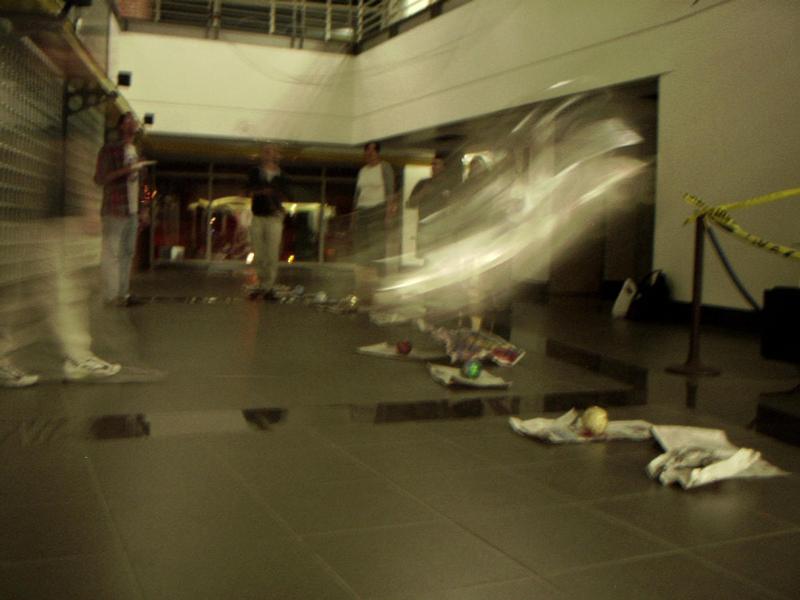 Hoisting the Solar System, the streak is the Sun. 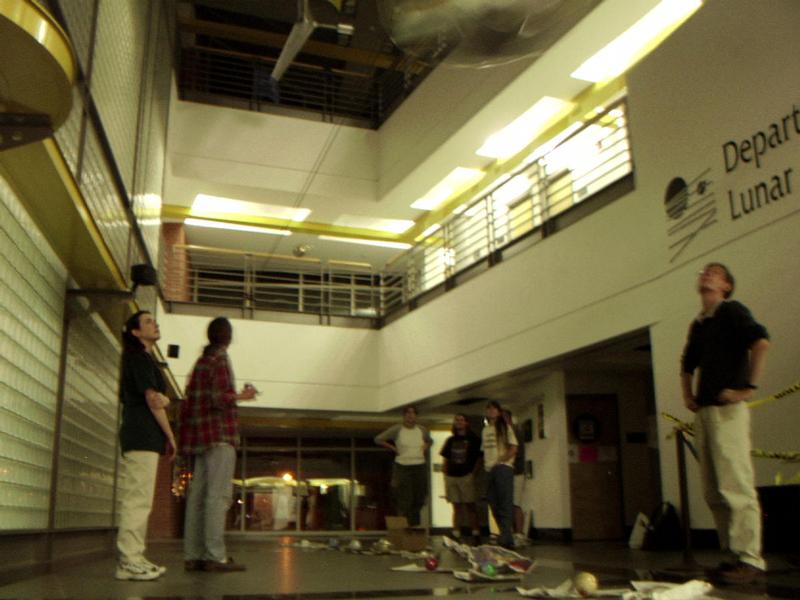 This is a test-lifting to mark the eventual locations of planets relative to the Sun in their lifted configuration. 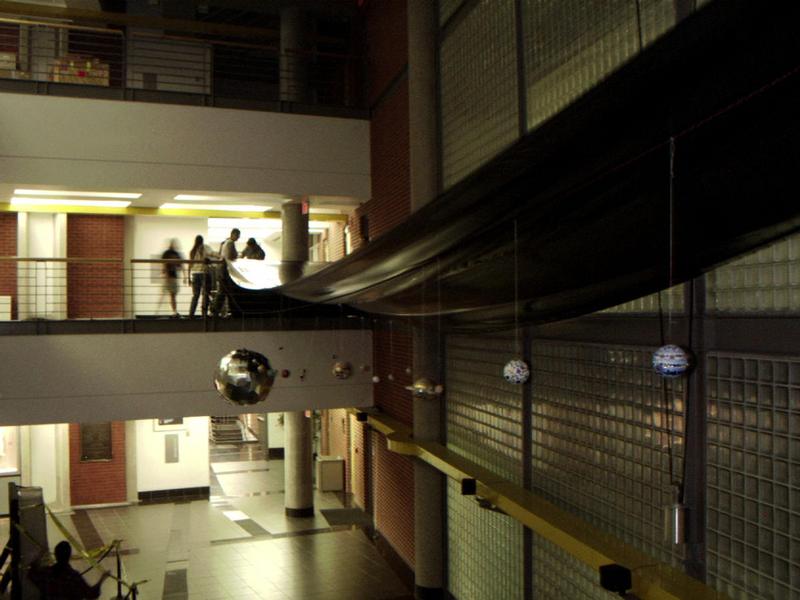 The Disco Solar System, with Uranus and Neptune on the far right. 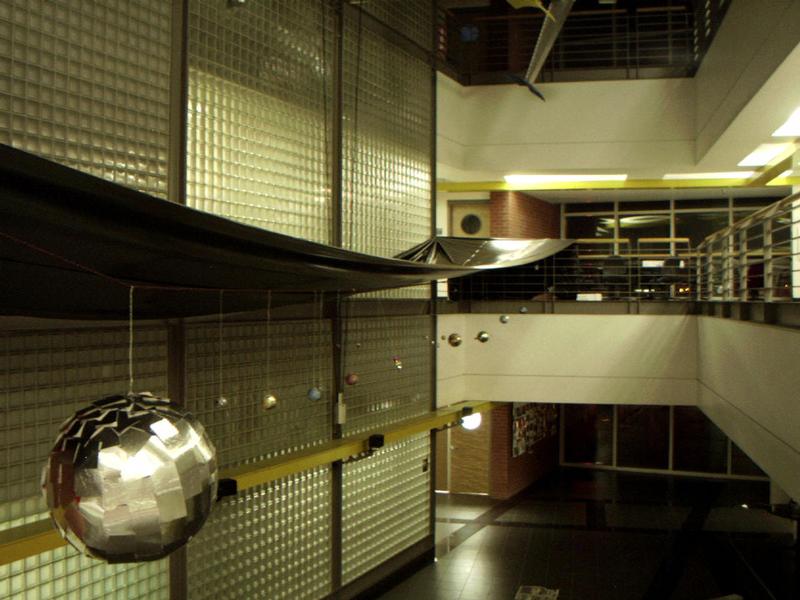 The DSS from the Sun side. 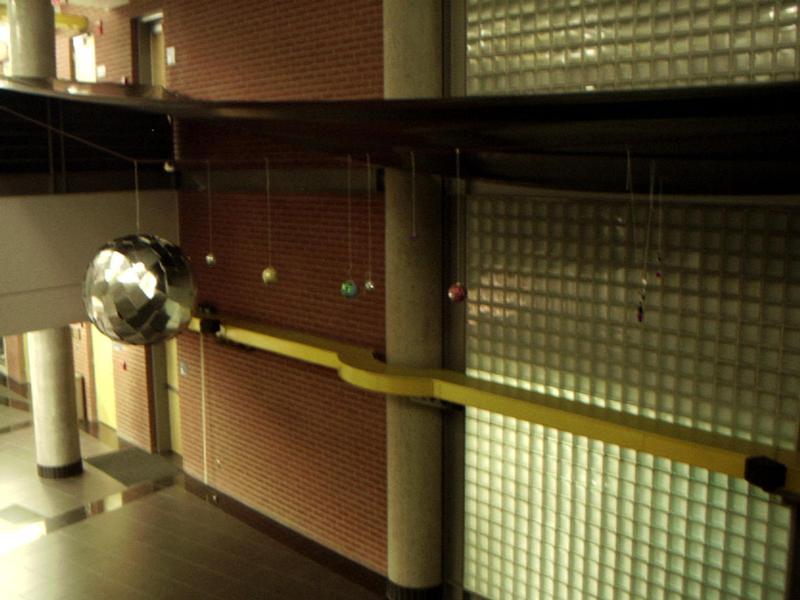 The inner solar system, sunward of the snow line. 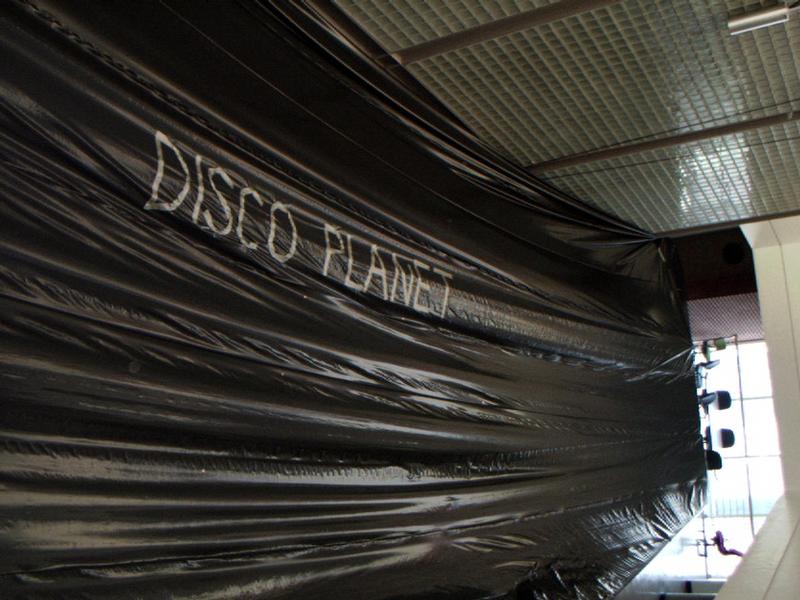 The Disco from above. 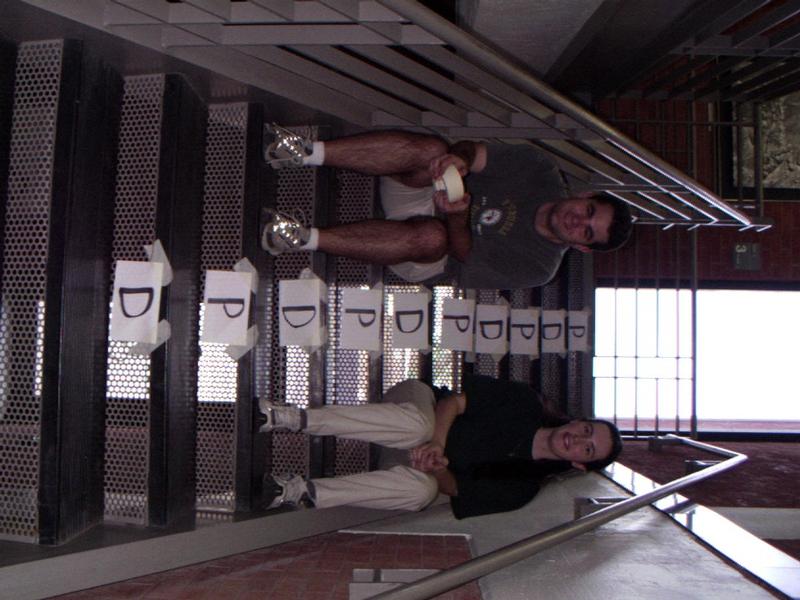 The entrance to Disco Planet, with bouncers Terry and Gwen. 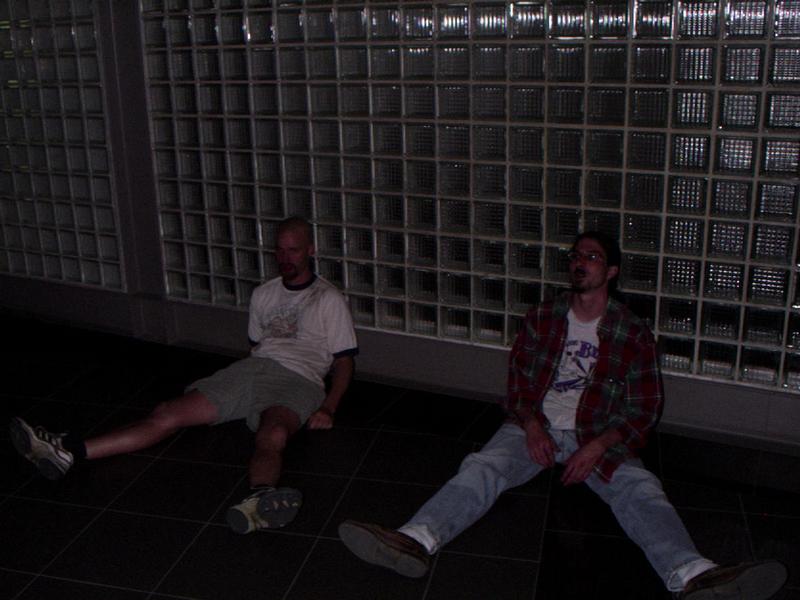 Pranking is hard work. Dave and Jason have been up all night at this point. 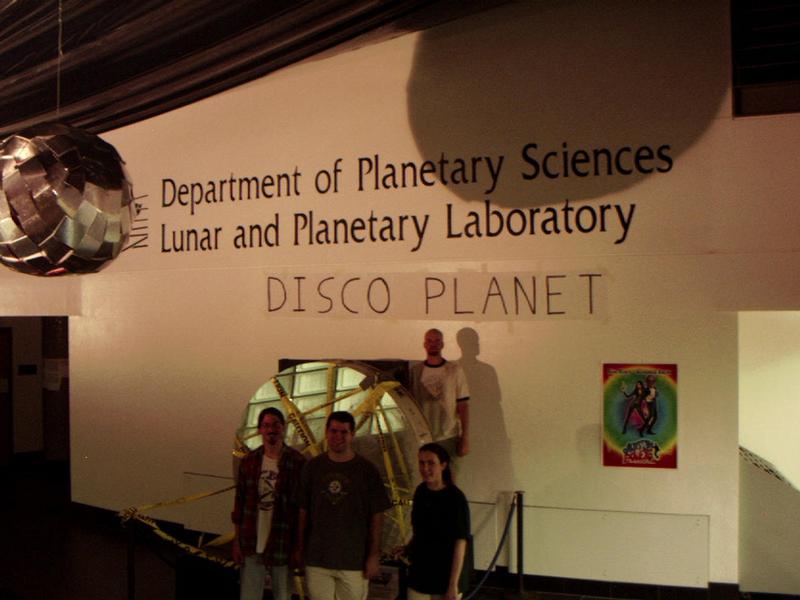 A late-night group shot of those who were left, Dave, Terry, Gwen, and Jason. 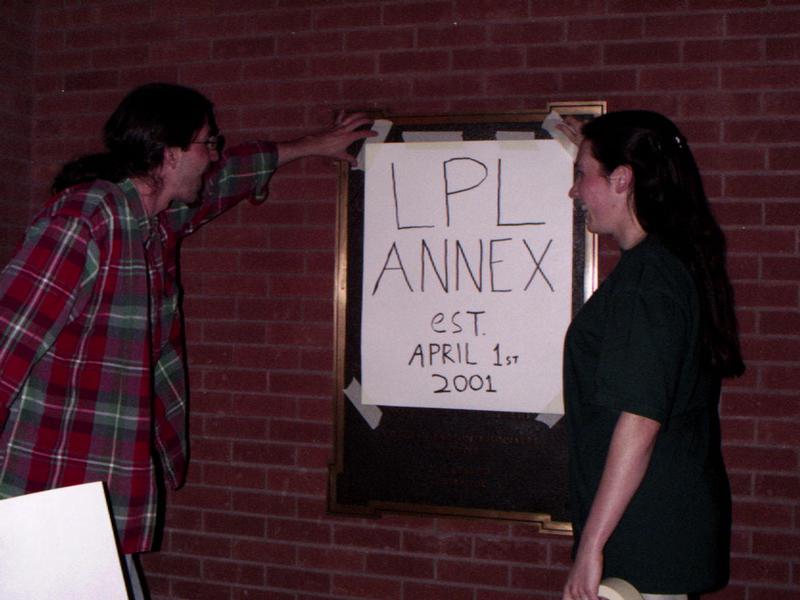 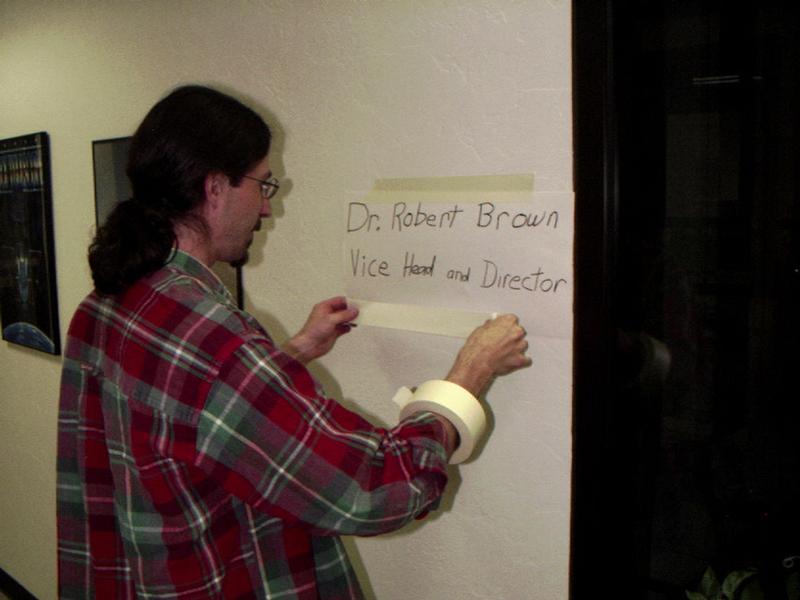 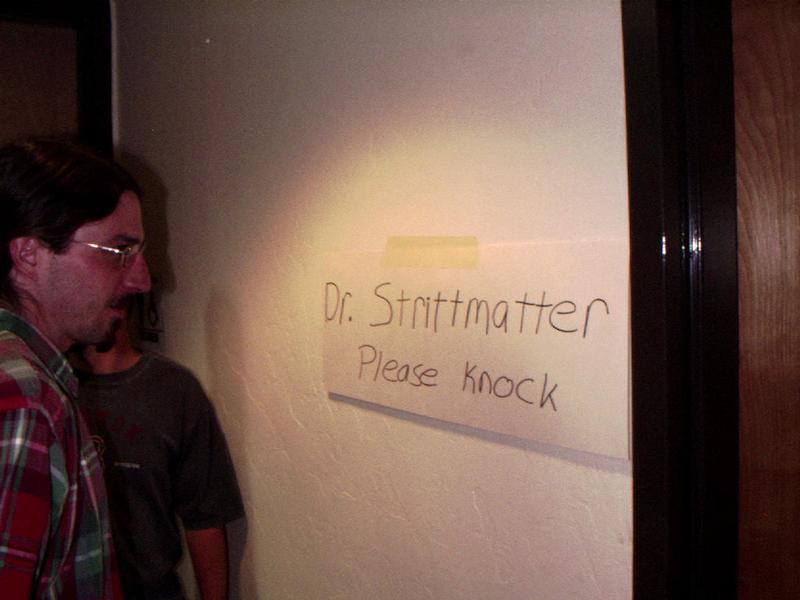 The old director's office was moved to the Men's room, but tragically the cleaning crew took this sign away before the morning. 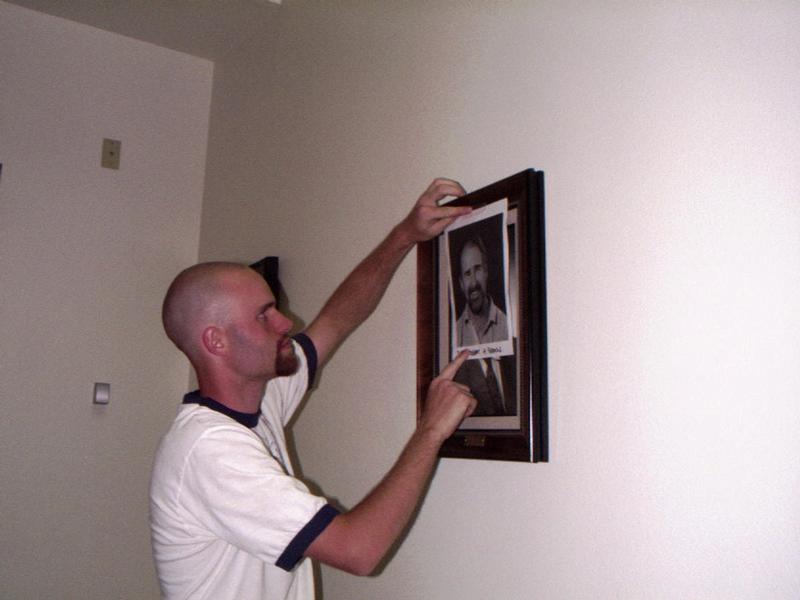 Photos of the past directors of Steward Observatory were replaced with images of the new vice director. 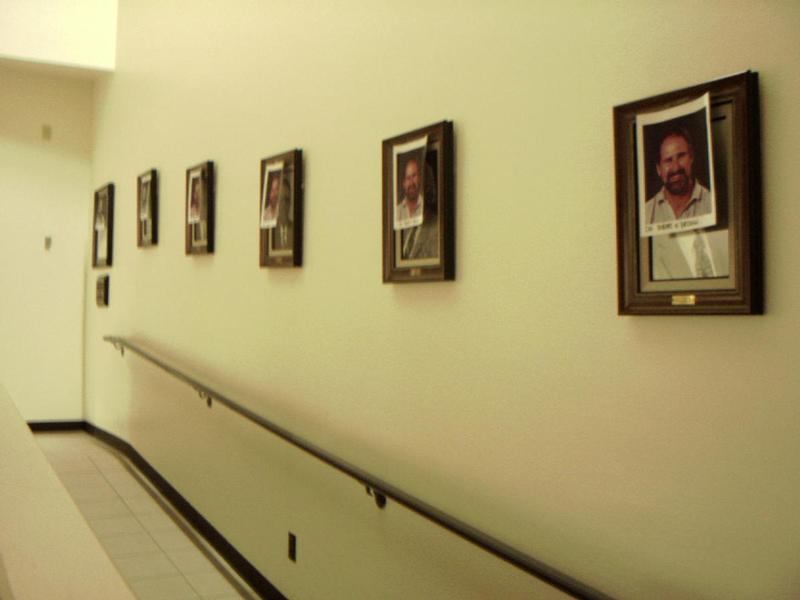 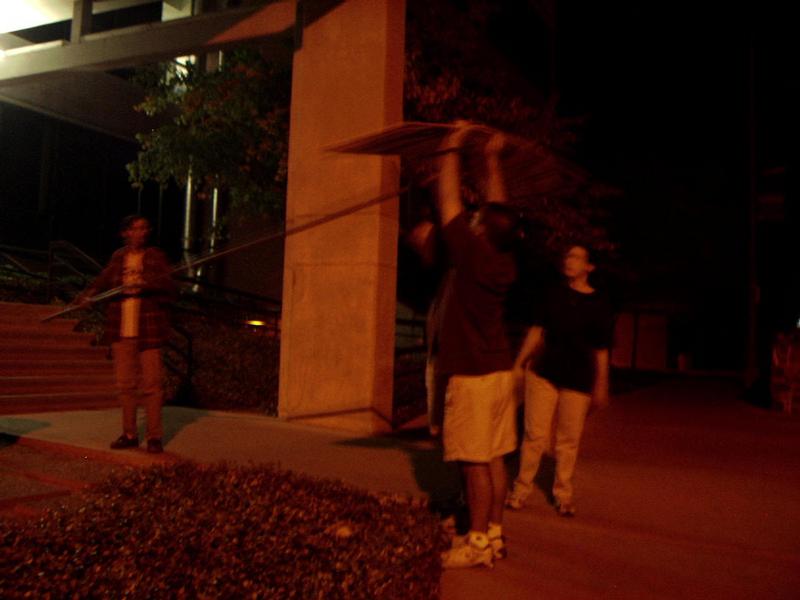 In renaming the building we had intended to cover over the old sign, this one is entirely covered with duct tape on the back, and it was then hoisted onto the old concrete sign. 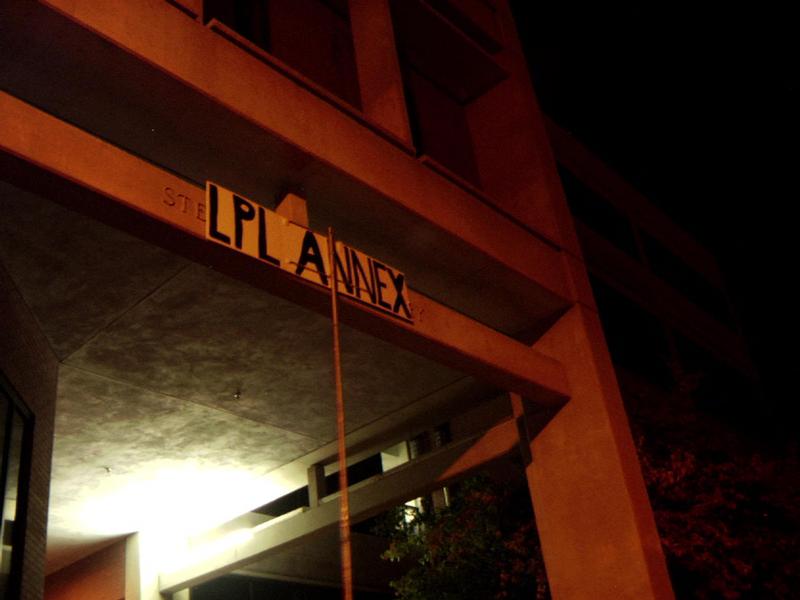 Much to our dismay, duct tape does not stick to dusty concrete, and we unfortunately had to abandon this plan. 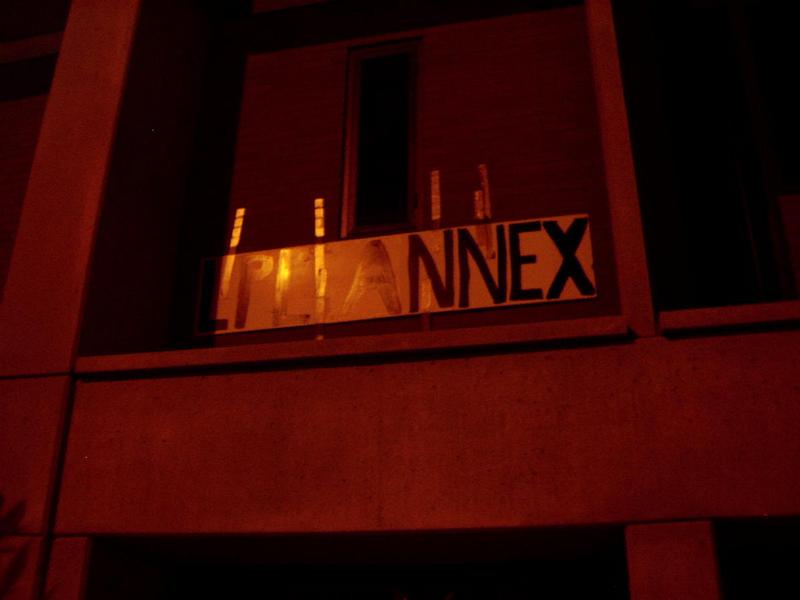 We ended up sticking the sign to a window well that was difficult to access from below. 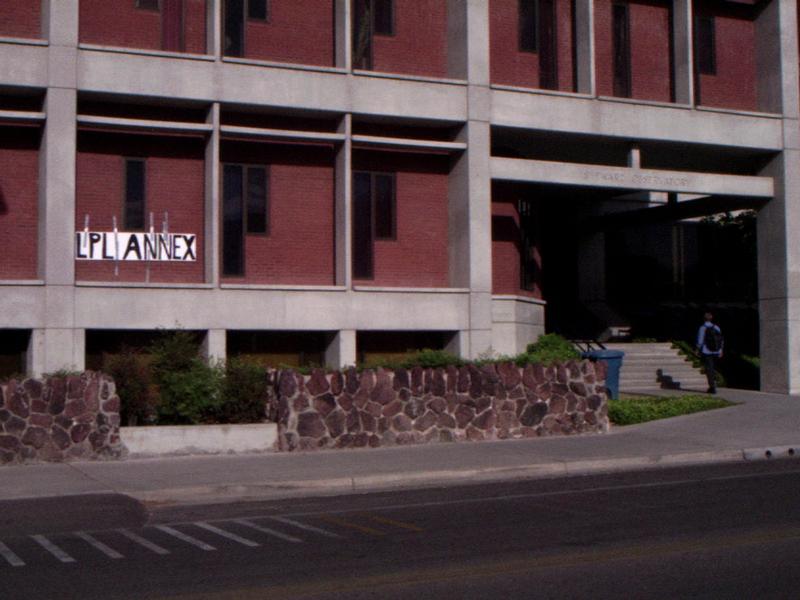 The sign remained there for nearly a week! Silly astronomers.