Surveyor I, the first U.S. spacecraft to achieve a soft landing on the Moon, returned a  large  quantity of  scientific  data  during  its  first  two  lunar  days of operation on the lunar surface.  After landing in the southwest portion of Oceanus Procellarum on June 2, 1966, the spacecraft transmitted 11,240 high-resolution television pictures. Surveyor I completed its primary mission successfully on July 14, 1966, after transmitting, in addition to the television pictures, data on the bearing strength, temperatures, and radar reflectivity of the Moon. Subsequent engineering interrogations of the spacecraft were con­ducted through January 1967. 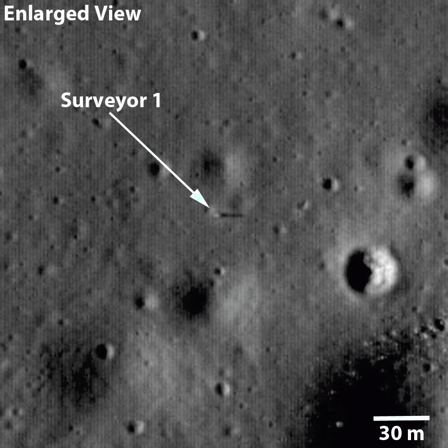