Learn about our academic, research, and outreach programs, find contact information and maps, and read about LPL's history in planetary science. 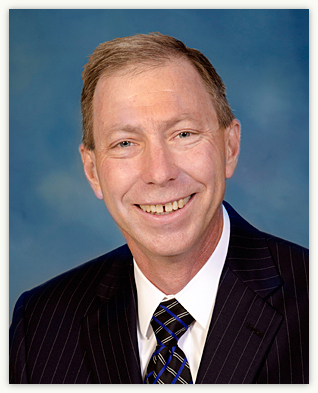 Welcome to the University of Arizona’s Department of Planetary Sciences (PTYS) and Lunar and Planetary Laboratory (LPL). Let me tell you a little about this institution.

LPL was founded in 1960 by planetary astronomer Gerard P. Kuiper, after whom the Kuiper Belt of icy objects in the outer Solar System and the Kuiper Prize (the top honor of the world’s largest organization of planetary scientists) are named. Most of the original work was based on observations using telescopes, but as the exploration of the planets expanded in scope, so did LPL. In 1973, PTYS was formed, to educate succeeding generations of planetary scientists.

Our dedicated faculty, research staff, and students come from a variety of backgrounds, including physics, astronomy, geosciences, chemistry, and engineering, but have a common interest in planets. In fact, the interdisciplinary nature of planetary science is one of its appeals for many of us, as we have to learn something of many of those other disciplines just to communicate, not to mention to succeed in understanding what is happening on the planets.

LPL’s expertise has also broadened as the field has expanded: some of us still use telescopes, others work with spacecraft, others work in laboratories analyzing extraterrestrial materials like meteorites or simulating the conditions on the planets, and still others primarily work on the theoretical work required to explain all the observations. The list of objects we study has broadened, too. When LPL was founded, Kuiper had proposed a belt of objects orbiting beyond Neptune, but none (except Pluto) had been found—now we study the Kuiper Belt and Kuiper Belt Objects. Only a few asteroids were known at the time—our asteroid survey programs have discovered hundreds of thousands, and we are leading OSIRIS-REx, a spacecraft mission to an asteroid. No planets orbiting stars other than the Sun were known until the 1990s—now research on exoplanets is a large part of what we do.

The University of Arizona is one of the nation’s best research universities, annually ranking among the top in the nation in external financial support for research in the physical sciences. LPL is comparably highly ranked. In a 2019 ranking by U.S. News & World Report, LPL and the UA were tied for No. 11 overall (No. 8 in the U.S and No. 3 among public universities) in space science research, based on our strong research reputation and publication frequency. The 2019 NSF Higher Education Research and Development survey ranks the UA, led by LPL and Steward Observatory, #1 among all universities in space science research and development expenditures. A 2011 survey showed that planetary scientists at the University of Arizona (the vast majority of them in LPL) published more research papers in the previous 10 years than those at any other university in the world.

We have a commitment to education. Through the PTYS department, we teach courses ranging from General Education courses on basic science for incoming university freshmen to research seminars for advanced graduate students. The vast majority of our Ph.D. graduates have remained in the field of planetary sciences, with faculty positions or research jobs at NASA and various private institutes, and many of them are among the international leaders in the field. In addition to formal classes, we host the campus-wide Teaching Teams Program and the state-wide Arizona Space Grant Consortium.

We also have a commitment to diversity, in all its forms. Our graduate student population is consistently half female and half male. While there  is room for improvement in other areas and at other levels, we continue to strive for more diversity, because we believe that hearing different types of voices is as important as utilizing different academic traditions.

Please browse through our website, learn about our history, and find out some of the amazing things our faculty, staff and students are doing in the fast-developing field of planetary sciences.

The Department of Planetary Sciences/Lunar and Planetary Laboratory is an academic institution that pursues scholarly research and education across the broad discipline of planetary and solar systems science through use of theoretical studies and data analysis, laboratory and field investigations, numerical modeling, telescopic observations, remote sensing, spacecraft instrumentation, and space mission development and operations.

LPL at a Glance

View LPL at a Glance

Information about the University of Arizona, the City of Tucson, and the unique amenities, resources, and opportunities available for faculty, staff and students.

Resources documenting the history of LPL.

LPL is committed to fostering an inclusive environment within the department, the field of planetary sciences, and academia in general.