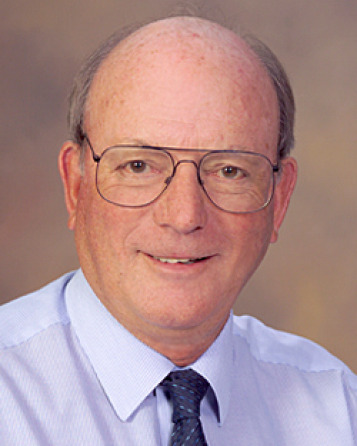 Michael J. Drake (1946-2011) attended Victoria University (Manchester) where he received a Bachelor of Science degree in Geology in 1967. He earned his Ph.D. in Geology at the University of Oregon in 1972. After a year as a postdoctoral research associate at the Smithsonian Astrophysical Observatory, he migrated to the University of Arizona.

Drake's breadth of research expertise led to his achieving the rank of Professor in the Lunar and Planetary Laboratory (LPL), the Arizona Research Laboratories, and the Department of Geosciences at the University of Arizona. He was appointed Head of the Department of Planetary Sciences and Director of the Lunar and Planetary Laboratory in 1994, a position he held until 2011. He was appointed as Regents’ Professor in 2005. Under his leadership, LPL successfully built and flew a variety of spacecraft instruments including the Imager for Mars Pathfinder, the Descent Imager/Spectral Radiometer (DISR) on Cassini/Huygens, the IMAGE Extreme Ultraviolet Imager, and the Gamma-ray Spectrometer Suite on Mars Odyssey. In addition, LPL scientists were selected as Team Leaders on the Visible and Infrared Mapping Spectrometer on the Cassini mission and the High-Resolution Imaging Science Experiment on Mars Reconnaissance Orbiter. During his tenure, LPL built the Surface Stereo Imager and Robotic Arm cameras and the TEGA instrument on Phoenix, and successfully operated Phoenix on the Martian surface from the University of Arizona campus.

Professor Drake developed the OSIRIS-REx Asteroid Sample Return mission concept. His leadership of the OSIRIS-REx team was instrumental in its success of moving into a selected flight mission project. The scientific goals of the mission are to investigate the possibility of asteroid delivery of prebiotic molecules to Earth and Mars, to connect the meteorite collection to the astronomical asteroid spectral database, to investigate near-Earth resources that may be used by humans going to the Moon and Mars, and to improve our ability to mitigate against devastating near-Earth object impacts. As the mission leader Drake established the OSIRIS-REx guiding philosophy of obtaining excellence at every level, allowing for clear and open communication across all levels of the team, and staying focused on the mission objectives.