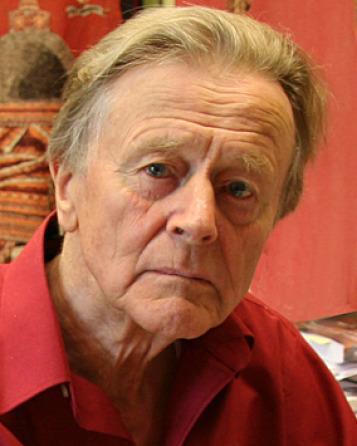 Tom Gehrels was a noted planetary scientist and astronomer. He spent nearly his entire academic career at the University of Arizona, from 1961 until his death on July 11, 2011. Although he could have retired 20 years ago, he remained a dedicated teacher and researcher until the end of his life. Just a few months before his passing, in April 2011, he was honored by the University for his 50 years of service as an academic.

During his academic career he discovered literally thousands of asteroids and comets, and the results of his research are widely published. In 2007, the American Astronomical Society’s Division of Planetary Sciences presented Gehrels with the Harold Masursky Award for scientific contributions during his career.

Gehrels was born in Haarlemmermeer, the Netherlands, on February 21, 1925, near the current location of Schiphol Airport. Following the Nazi invasion of the Netherlands in 1940, Gehrels joined the resistance movement and later was able to escape to England for further training. He was trained in Britain’s Special Operations Executive and was parachuted into the Netherlands to sabotage and spy on the German activities in his native land. He was fortunate to escape capture because the German anti-spy operations were quite effective at identifying subversives and spies among the population. If captured he would almost certainly have been executed.

Following the war, Gehrels was able to continue his studies.  In 1948, he applied for admittance to the University of Leiden, was accepted and graduated in 1951 with a degree in physics and astronomy. He then continued his graduate studies at the University of Chicago where he was awarded his doctorate in astronomy and astrophysics in 1956.

While at Chicago, Gehrels was able to work with Nobel  prize winner, astrophysicist Dr. Subrahmanyan Chandrasekhar and with Dr. Gerald Kuiper.  Dr. Gerald Kuiper, a fellow Dutchman was a noted and famous astronomer then [see his biographical profile in this collection]. However, Dr. Chandrasekhar was the one who had the most influence on Gehrels’ development as a scientist and astronomer.

Following graduation, Gehrels joined the University of Indiana in Bloomington, Indiana for a post-doctoral fellowship. While at Indiana, he focused on the study of asteroids. Asteroids are chunks of rock, some as large as miles in diameter, and some as small as the size of an automobile which travel through space, and occasionally crash into the Earth’s atmosphere.

In 1960 Dr. Kuiper joined the University of Arizona [UA] to establish the UA Lunar and Planetary Laboratory. A year later, Gehrels followed Kuiper to Tucson, and joined the faculty of planetary sciences and astronomy at the UA. He would remain there for the next 50 years.

In 1980, Gehrels started the Spacewatch® Project which uses telescopes at Kitt Peak, near Tucson, to survey the sky for asteroids, especially the more dangerous ones. Gehrels is also the founder of the highly respected Space Science series, published by the University of Arizona Press. He served as the editor of the series for 30 volumes.

In recent years Dr. Gehrels has focused his research on cosmology and universal evolution. He published an original paper in the area entitled, “The Multiverse and the Origin of Our Universe”.

Professor Gehrels was the father of Neil, George and Jo-Ann Gehrels, all graduates of the University of Arizona. Neil Gehrels is an astrophysicist and is currently the Chief of the Astroparticle Physics Laboratory at NASA’s Goddard Space Flight Center.

Professor Tom Gehrels: 50 years at the UA
Astronomer Tom Gehrels, 1925-2011
'They Threw Away the Mold' When They Made UA Astronomer