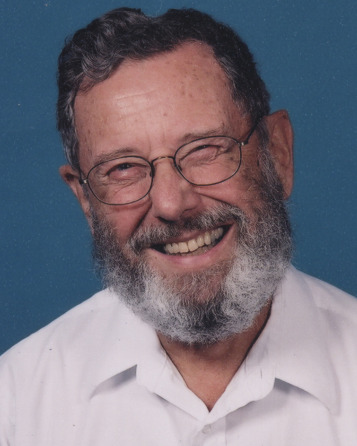 On December 14, 2010, University of Arizona Professor Emeritus Don Hunten died after a long illness. During his last days, he was tended by his wife and UA Senior Research Associate Ann Sprague.

On February 25, 2011, LPL hosted a celebration of the life of Donald M. Hunten. Steven Bougher, Darrell Strobel, Mark Sykes, and many other colleagues, friends, and family members were in attendance.

Hunten's scientific career began with the study of physics at McGill University, where he obtained a doctorate in 1950. While a faculty member at the University of Saskatchewan, his research concentrated on the study of aurorae (natural light displays in the sky caused by the collision of charged particles directed by the Earth's magnetic field).

By 1963 however, the space age was starting in earnest. At the invitation of Joe Chamberlain, Hunten moved to Kitt Peak National Observatory in Tucson to join the newly-formed space research group and his main research interest switched to the study of planetary atmospheres. Thus, he joined the first group of pioneers in the scientific exploration of the solar system and he was to be a leading figure in this community for nearly half a century.

The accomplishments of these pioneers were remarkable, including the first characterizations of the atmospheres in our solar system along with development of the basic understanding of the structure and chemistry of these atmospheres and the experimental and theoretical tools used to study them. Many of the ideas developed during that time are still with us today and Hunten's contributions were central to their development.

A signature achievement during this phase of his career was an understanding of how odd hydrogen chemistry stabilized the atmosphere of Mars against destruction by photodissociation. Hunten moved to the UA's Lunar and Planetary Laboratory in 1977, and his involvement in planetary research continued unabated. He also taught numerous students and post-doctoral associates.

Hunten retired in 2001 but remained active until recently. He received many honors during his career, including induction into the National Academy of Sciences, the Kuiper Prize of the Division of Planetary Sciences of the American Astronomical Society and a Regents' Professorship at the UA.

One of Hunten's most far-reaching achievements concerned the role of diffusion in atmospheric escape processes. "Don's Principle," as this is sometimes known, described how the escape rate was limited by diffusion of the escaping species through the background atmosphere.

Typical for him, the theory was formulated in response to an observation, the detection of molecular hydrogen in Titan's atmosphere, when it was expected to have a very low abundance because of rapid escape. The theory was developed in a series of papers between 1972 and 1974, including an application to the escape of hydrogen from the terrestrial atmosphere — one of the best examples of how studying other planets leads to a better understanding of our own.

Hunten was a major influence on the unmanned space program with involvement in the planning and execution of numerous NASA planetary missions including Pioneer Venus, Voyager, Galileo and Cassini. In fact, he was the godfather of so many missions that he was dubbed by his colleagues "The Don."

In addition to his direct involvement on the experiment teams, Hunten helped conceive these missions, argued for their funding, sat on (and often chaired) their planning committees, helped to define the scientific goals, and provided wise guidance during their execution.

Hunten was a scientist of extraordinary breadth. His expertise ranged across the planetary sciences from chemistry to remote sensing to thermal processes to studies of atmospheric evolution and he used a variety of tools including telescopic observations, spacecraft observations, and theoretical investigations.

A talented tinkerer, Hunten could build a harpsichord in his garage, or repair a computer with the needle-nosed pliers and soldering iron that he kept in his office, all the while with gentle classical music playing in the background. He wrote nearly as many papers on electronics as he did on atmospheric evolution.

Throughout his career, Hunten went out his way to support and encourage younger scientists. As a result, he leaves behind legions of students and collaborators that he profoundly influenced. These intellectual disciples can be found in every planetary science research center on the globe.

Hunten's textbook, co-authored with Joe Chamberlain, "Theory of Planetary Atmospheres" was treasured by many of his colleagues. This pales though, in comparison to personal interactions, through which Hunten could more directly impart his common sense approach to planetary science.