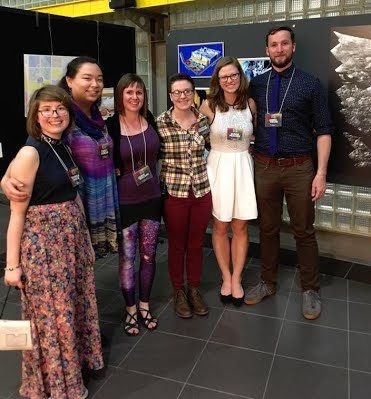 Wow!! Thank you to all of the artists, speakers, volunteers, and visitors for making our fourth year such an incredible event!! The variety of artwork from our 110 artists this year was truly amazing - and we hope you all enjoyed the new live performance additions as much as we did! As always, we're so touched by the love and support of both our department and the greater Tucson community in allowing us to put on a successful event every year. See you all next year!! 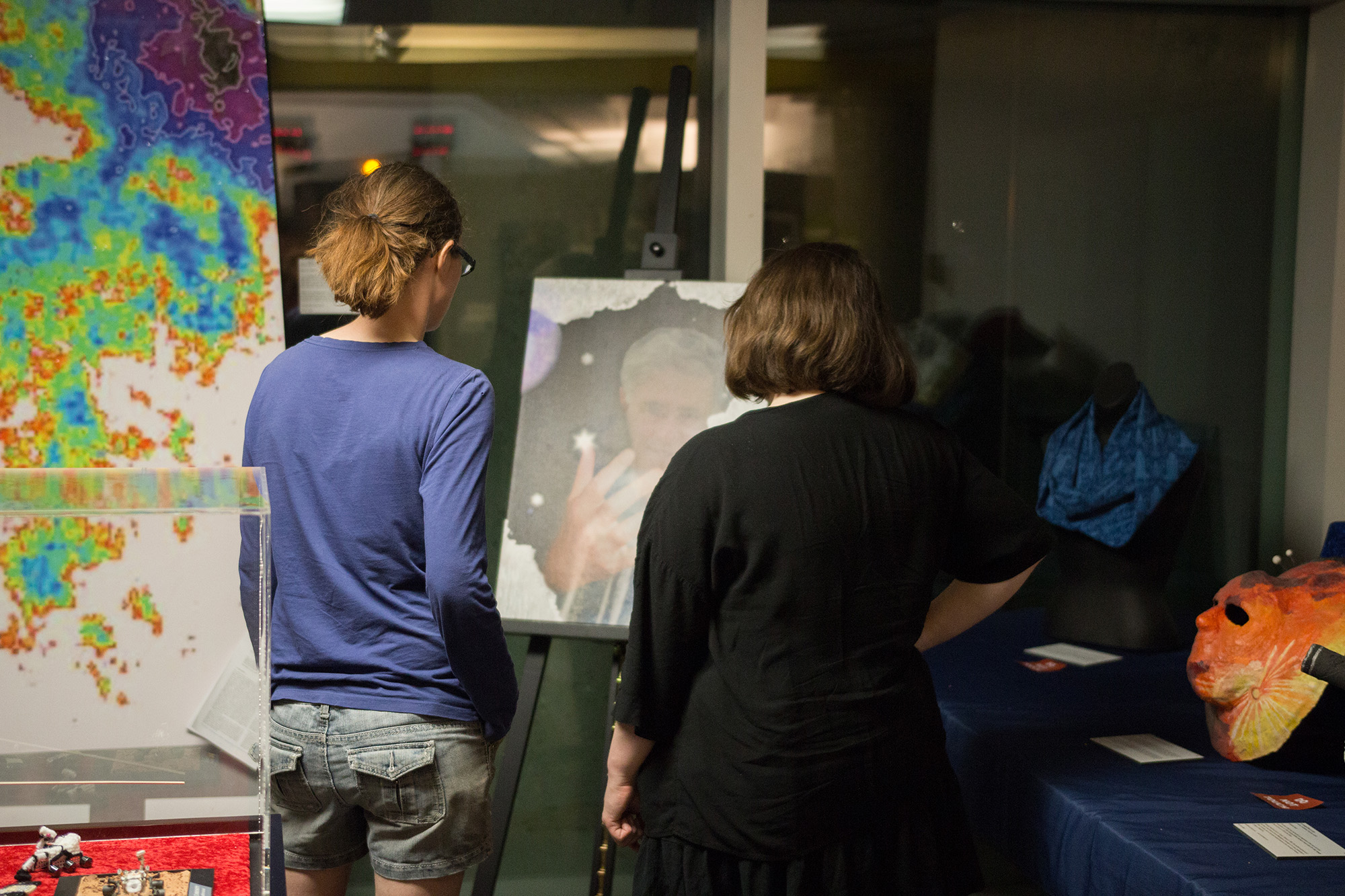 This year we had feature talks and presentations both at the exhibition itself and in collaboration with the UA Museum of Art and Flandrau Science Center & Planetarium. At the opening night of The Art of Planetary Science guests listened to “Hearing the Cosmos: Musical Representations of the Natural Universe” by Spencer Miller and ensemble, followed by a very funny and educational presentation about meteoritics by Geoff Notkin: Action Scientist and Meteorite Hunter. On Saturday, Brack Brown gave a special docent presentation entitled “The Art of Space” at the UAMA, where they also had a pop-up exhibition of space art by Robert McCall. Flandrau Science Center & Planetarium provided several beautiful artworks from their collection for a special exhibit at The Art of Planetary Science and showed a Fulldome animation by space artist Don Davis throughout the weekend.

Congratulations to the 2017 winners! 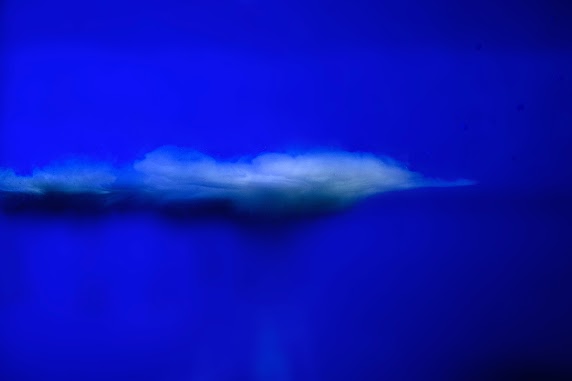 A fabricated landscape of Neptune based on scientific data constructed through photography. Neptune is composed of hydrogen, helium and methane resulting in a blue color, with gas clouds and beach ball sized methane gas bubbles. A 70s film effect “the cloud tank method” was used by delicately balancing salt and fresh water layers to create a density line to sculpt a cloud by using condensed milk. 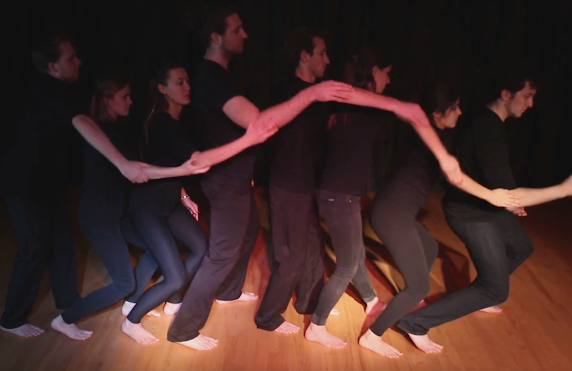 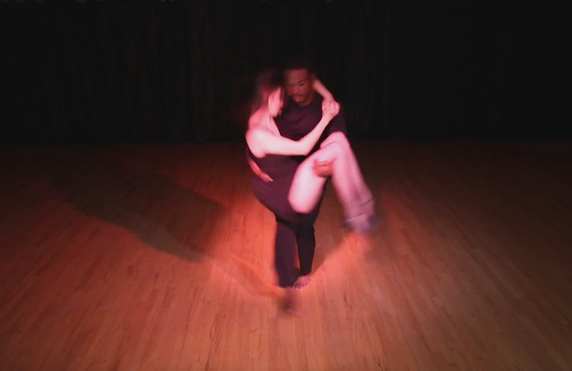 Circuit presents the first detection of gravitational waves. Two neutron stars circle in a fiery flamenco, rippling the fabric of space-time. The waves created by their collision travel across the universe and finally encounter Earth, where we have been waiting, with the instrument LIGO, to detect them for the first time, finally proving Einstein’s theory. 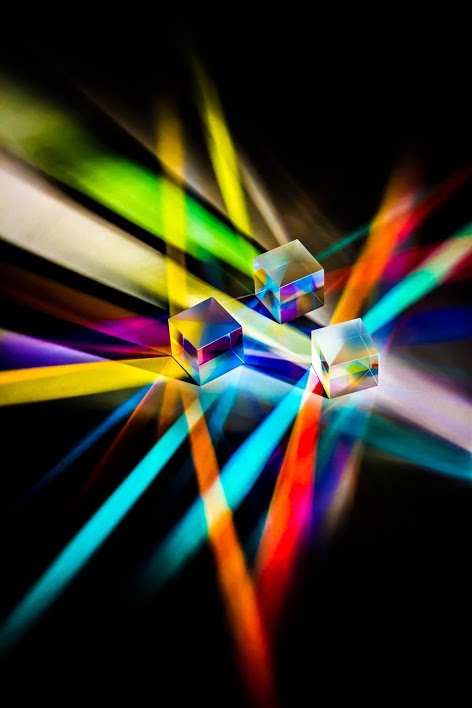 RGB combiner cubes are used in projection systems to combine the red, green and blue components of an image. These same cubes can act as vibrant color splitters for incident light. 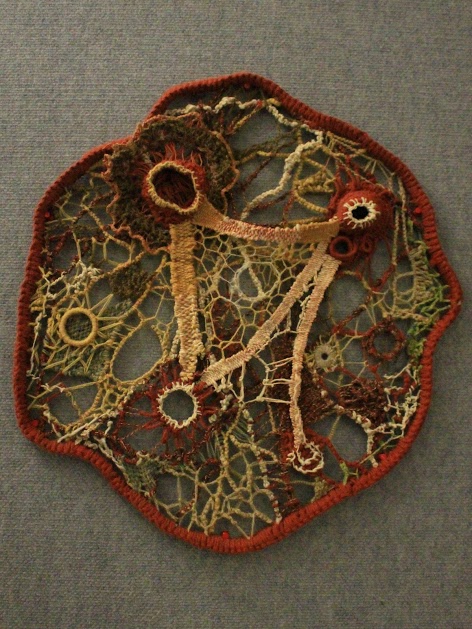 Io is a fiber sculpture inspired by New Horizons images of Jupiter and its volcanic moon Io, taken during the spacecraft's Jupiter flyby. Jupiter's fifth moon, Io, is the most volcanically active body in the solar system. Plumes of sulfur spew upward as high as 190 miles (300 kilometers) and are represented with raised fiber coils. 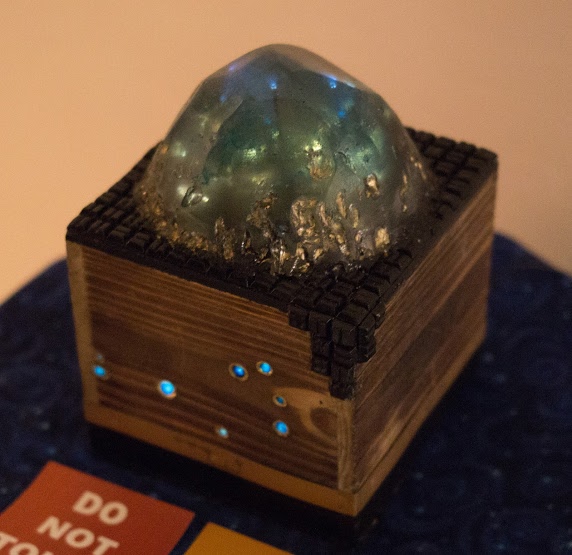 The Pleiades, or Seven Sisters, is an open star cluster containing middle-aged stars. The cluster is dominated by hot blue and extremely luminous stars that have formed within the last 100 million years. Dust that forms a faint nebulosity around the brightest stars is thought to be an unrelated dust cloud in the interstellar medium. 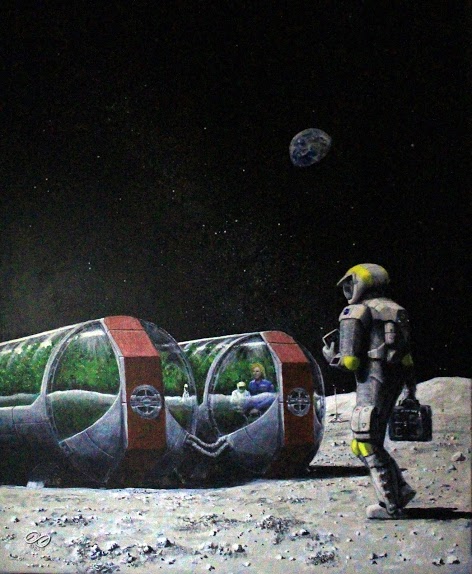 This is a portrayal of a near future astronaut on a lunar surface excursion in a biosuit approaching Lunar Greenhouse Modules (LGM). This painting was inspired by the Lunar Hydroponics Experiment (LHE) at the University of Arizona Biosphere 2. It was created mostly on site at the LGM exhibit in the main Control Room at the University of Arizona Biosphere 2 in Oracle, Arizona. 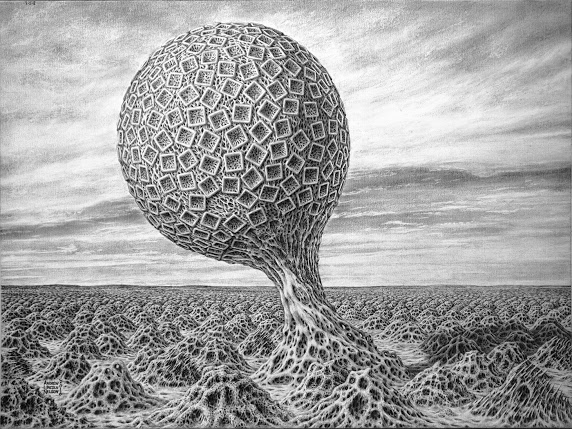 Phytoborg 3 is part of a series of drawings that depict astrobiological landscapes. A “Phytoborg” is a vegetative lifeform that fuses machine and living plant-like elements. These machine-plants might be post-technology life or exo-biological forms of life. The spheroid “tree” is organic in appearance, but is covered by square shapes that suggest a machine or non-biological origin. 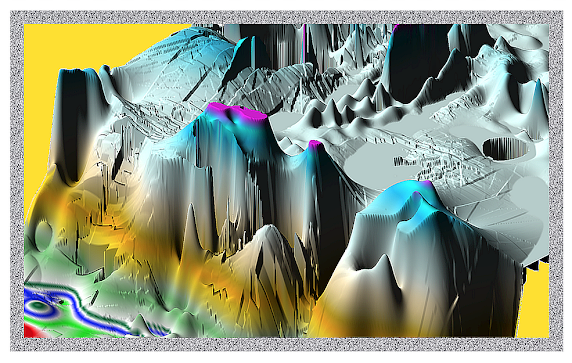 Quantum physics defeats the statistical premise that cumulative-frequency maps always rises. Local regions of both 0% & 100% occur within a cumulative surface more complicated than statistical teachings assume. Residuals to predicted models map physical aspects dealing both with what is there and with how photons interact while traversing it. These images show details at sub-Ångstrom resolutions. 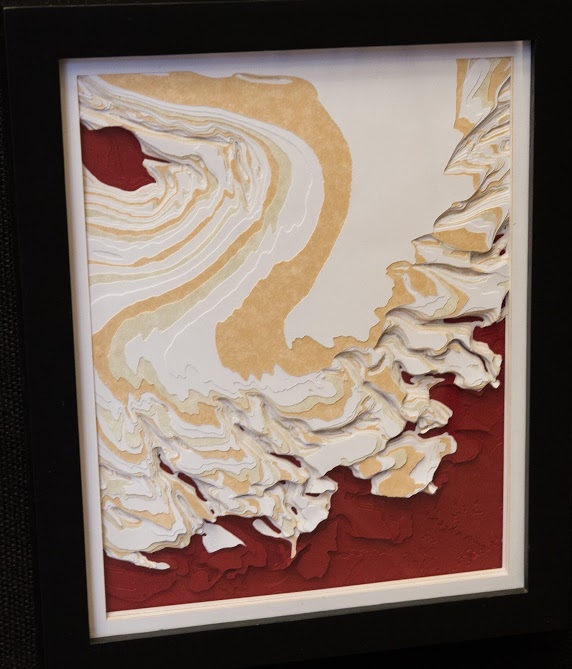 This piece was creating using topography data of the north polar layered deposits of Mars from the Mars Orbiter Laser Altimeter aboard the Mars Global Surveyor spacecraft. The deep canyon Chasma Boreale is featured in the bottom left. The layers, formed by seasonal melting and deposition of ice, contain a record of Mars' climate history made visible by the dust trapped within each layer. 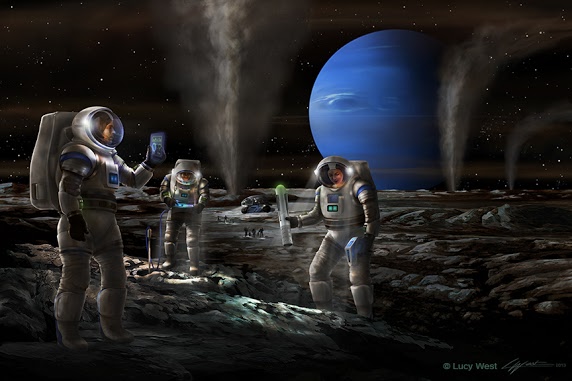 Future explorers conduct research on the surface of Triton as nitrogen geysers erupt in the background. 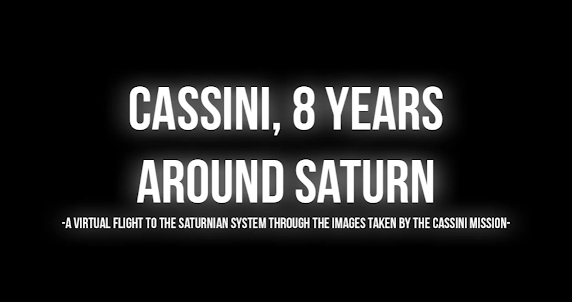 The video shows real imagery sequences taken by the Cassini spacecraft during the first 8 years in orbit of Saturn. 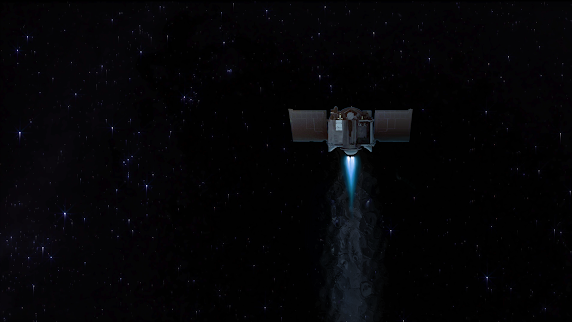 An artist's conception of NASA's OSIRIS-REx spacecraft during a burn of its main engine. OSIRIS-REx executed its first Deep Space Maneuver on December 28, 2016, putting it on course for an Earth flyby in September 2017. The OSIRIS-REx mission is the first NASA mission to retrieve a pristine sample of an asteroid and return it to Earth for further study.

Thanks to all of our 2017 participants!