This semester we set off to investigate the geology associated with shoreline processes. It seems the more we learn about our planetary neighbors the more relevant these comparisons become to planetary science. From the relict shoreline features of ancient martian lakes and oceans, to the current dynamic shores of the Earth and Titan, the action of large amounts of liquid on solid surfaces can be seen across the solar system.

Our trip has two major destinations. We first visited the Salton Sea, the latest in a series of large lakes to flood the Salton trough with water from the Colorado River. In contrast to its previous incarnations, this version of the Salton Sea was accidently created by an industrial accident early in the 20th century. Engineers built a canal too close to the Colorado River, which overflowed and cut a new course into the Salton trough forming a new sea. It was two years before the entire debacle was brought under control and the river restored to its former course. Although recently in decline, the Salton Sea was at first a booming resort location.

While at the Salton Sea, we saw examples of the paleolake shoreline of Lake Cahuilla where rocks previously below the waterline were covered with a deposit of tufa, while their higher neighbors remained dry and bare. Evidence of the ancient lake abounds in this region including the layers of freshwater shells that crunch underfoot in what is now a dry desert. The Salton trough is also an active geothermal area and we visited some mud volcanoes that are continuously disgorging viscous flows of (smelly) material. It's been suggested these kinds of features could exist on Mars and perhaps form an astrobiological enclave.

The second major destination was the pacific shoreline, where wave action has produced a set of geologic features very distinct from the relatively quiescent shores of an inland lake. Active uplift of the coast along with erosion from beating waves have conspired to produce terraces and cliffs at the water line. On occasion, older terraces can be seen higher up on the cliff where they have been lifted safely clear of the waves by the tectonic forces at work beneath southern California. If only wave cut terraces were as clearly visible on Mars! While on the beach we learned a great deal about the alongshore transport of sand and the action of waves in controlling the overall beach shape.

As always, the local peculiarities of our destinations were memorable. The roar of ATVs at a stop at the Algodones dunes reminds us that they have recreational (as well as geologic) value. The Salton Sea itself remains in a sorry state, surrounded by the decaying remnants of its long lost heyday. Campsites at an abandoned mining railroad and Clark dry lake (that served as a World War II target range and radio telescope site in its past) add an interesting historical perspective to chat about when huddled around the campfire at the end of the day. 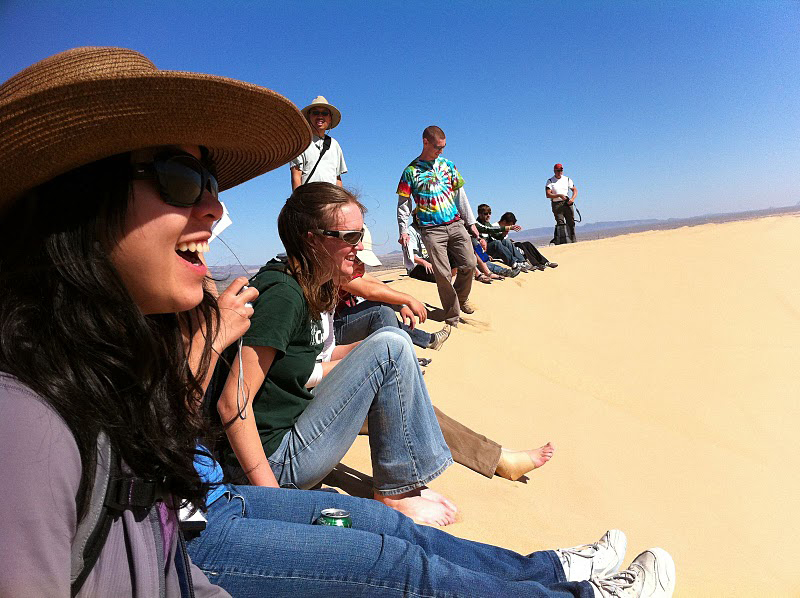 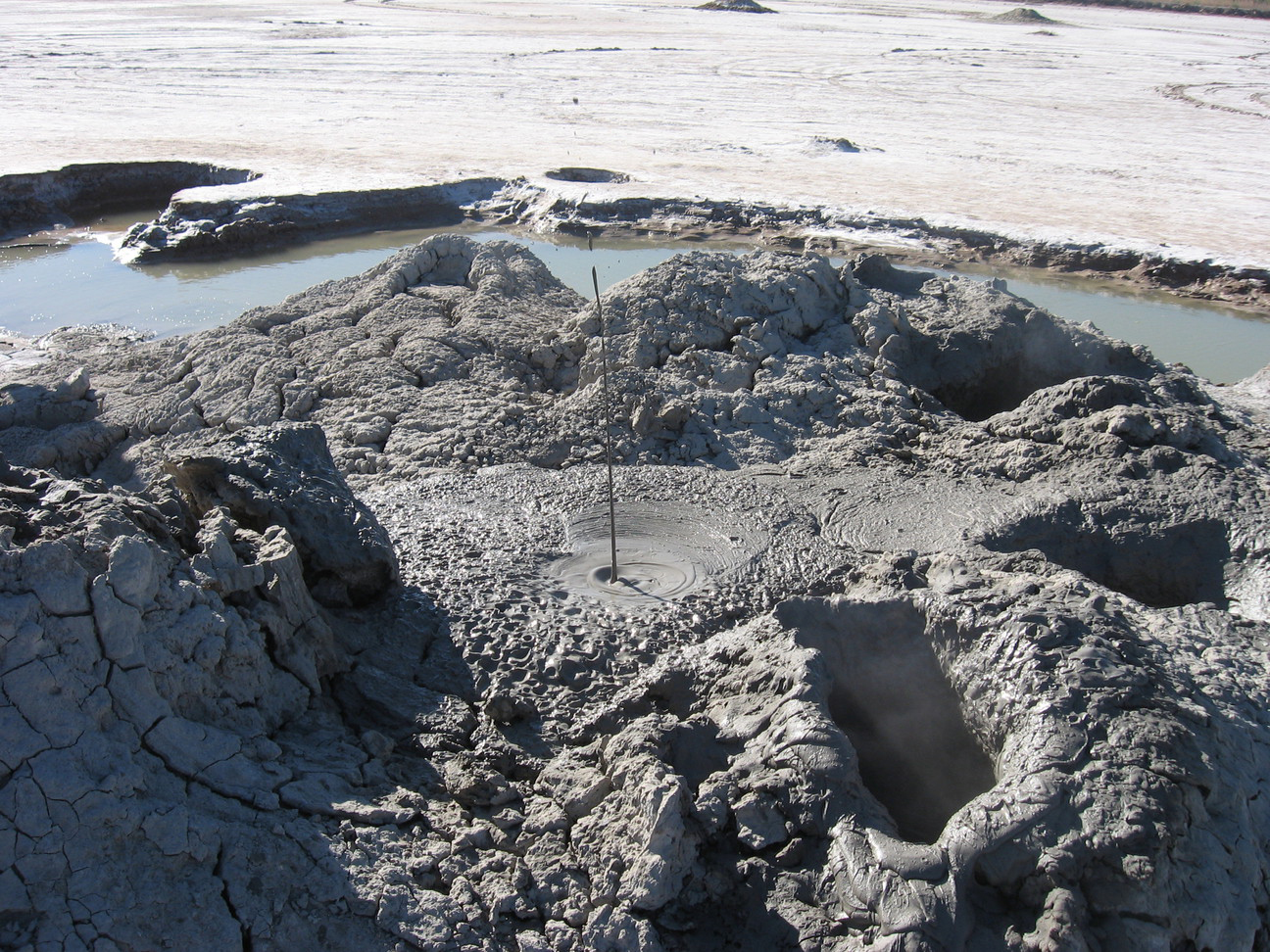 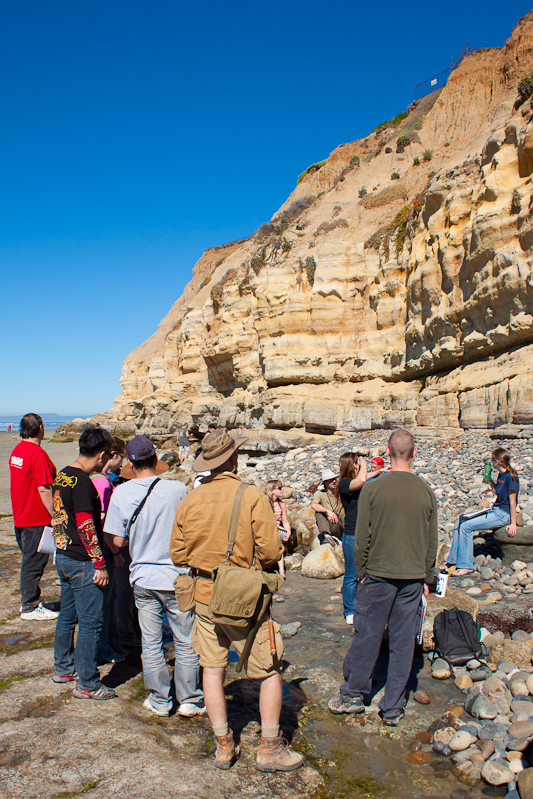 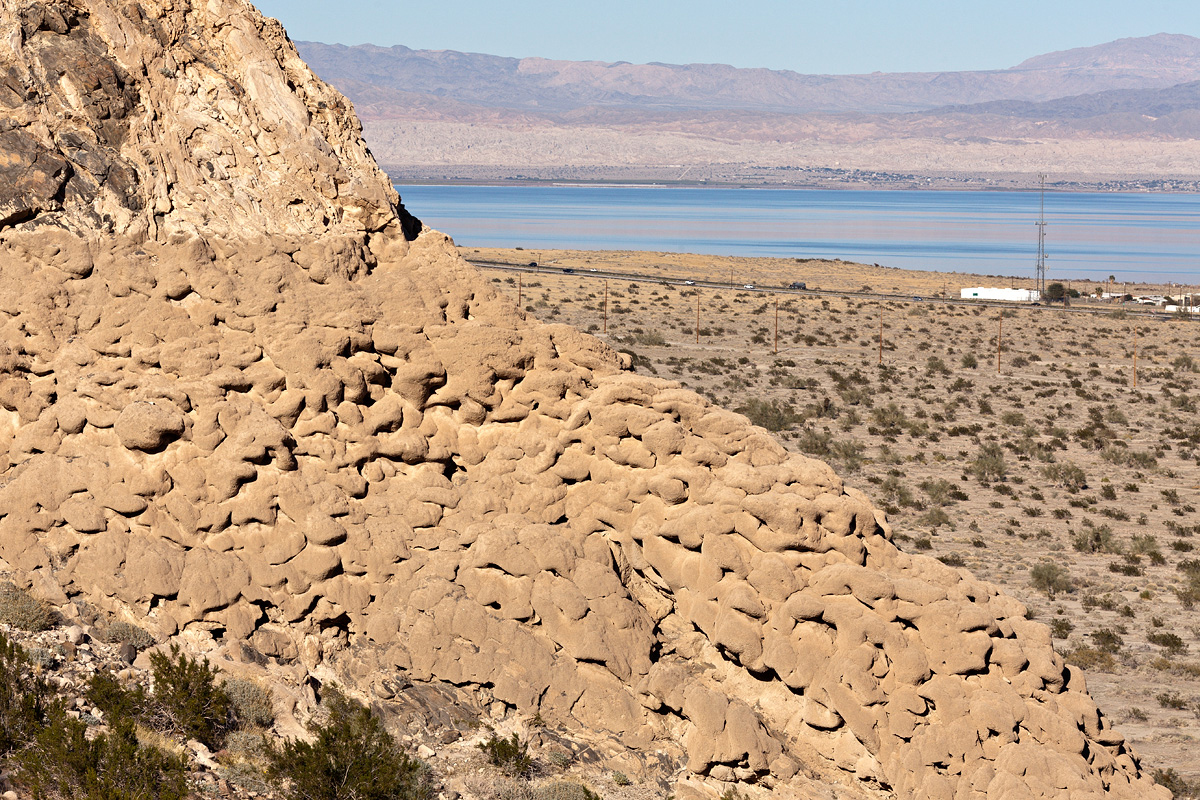