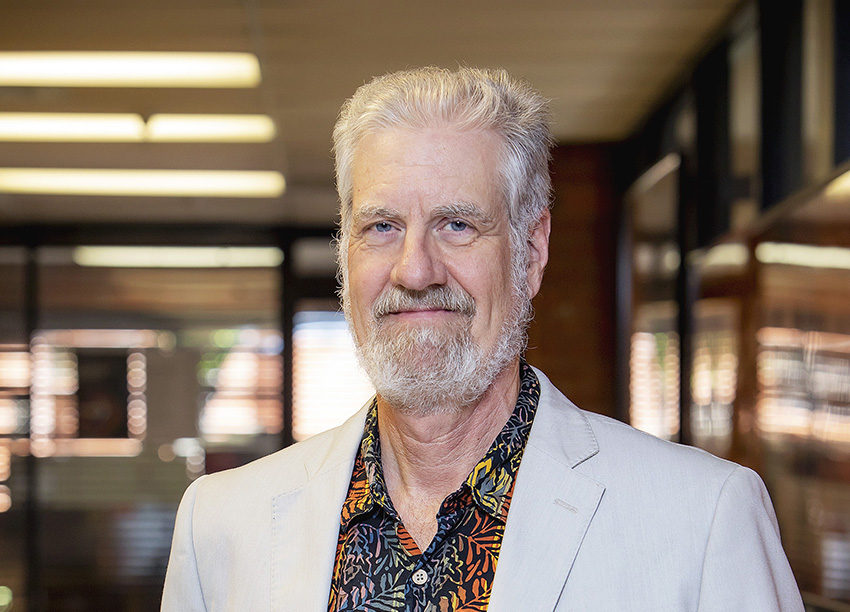 The title of Regents’ Professor is reserved for full professors whose exceptional achievements merit national and international distinction. Regents' Professor appointments are limited to no more than 3 percent of the total number of the university’s tenured and tenure track faculty members.

McEwen has made two discoveries about the geology of Mars from his detailed analyses of HiRISE and other Martian data. First, McEwen says Martian slopes show enigmatic flows that are actively forming at the present day and may provide evidence for water on Mars. Second, McEwen has shown that the practice of counting small craters is not always a reliable indicator of the age of a planetary surface, as many small craters can be produced from the high-velocity ejecta of larger impacts.

McEwen’s work has helped change the scientific viewpoint of Mars from that of a dead planet to one with a dynamic surface, largely as a result of science done using the HiRISE camera, the construction and operations of which he has led for more than a decade.

McEwen’s accomplishments were recognized with a NASA Distinguished Public Service Medal in 2011, the American Geophysical Union Whipple Award in 2015, and designation as a UA College of Science Galileo Circle Fellow in 2015.

McEwen, a planetary geologist, has been a member of the UA faculty since 1996. He is a professor of planetary sciences at the UA Lunar and Planetary Laboratory, a professor of geosciences and director of the Planetary Image Research Laboratory. In addition to HiRISE, his spacecraft involvement currently includes being co-investigator on the Colour and Stereo Surface Imaging System on the ExoMars Trace Gas Orbiter, launched in 2016, co-investigator on the LROC team on the Lunar Reconnaissance Orbiter mission to the moon, and deputy principle investigator of the Europa Imaging System on the Europa Clipper million, to launch in 2022 or later. Previously, McEwen was a member of the imaging science team of the Cassini mission to Saturn, which began in 1990 and ended in 2018, among other missions.

He is also a devoted educator. McEwen designed the “Mars” course for upper-level graduates and has served as a mentor for many students at all degree levels.

From Points of Light to Worlds: UA Explores the Solar System

On Mars, Sands Shift to a Different Drum