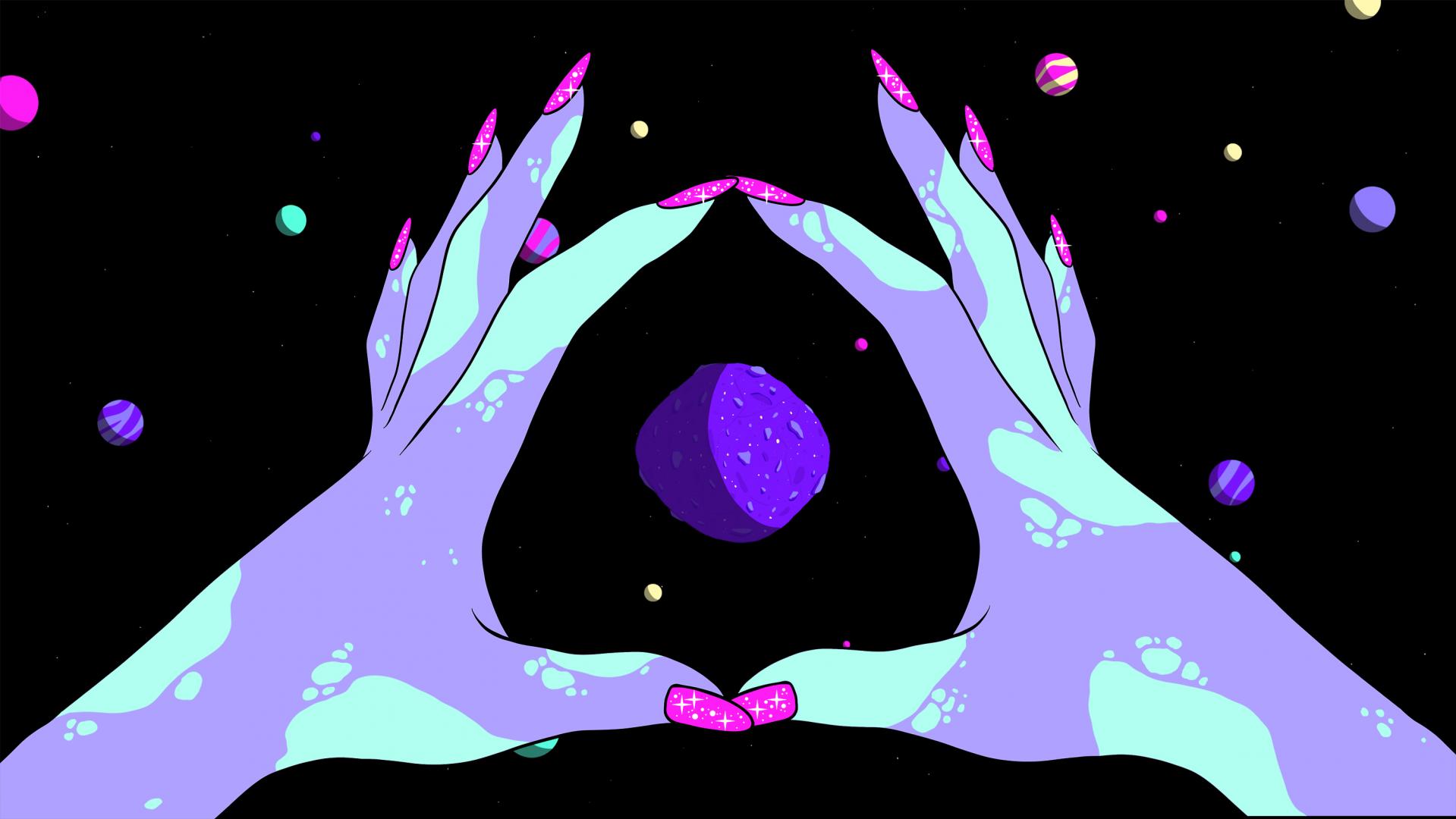 Carina Bennett remembers her first day working on the OSIRIS-REx mission: She found herself among space scientists with years of experience. It was rocket science, but she was a filmmaker.

“There was a ton of vocabulary people threw around,” Bennett says. “I kept a list and would Google words I didn’t know.”

That determination to figure it out started early on in her University of Arizona experience. After earning bachelor’s degrees in creative writing and media arts, she earned a master’s in film production at the University of Iowa before returning to Tucson to begin her career. She started in video communications at UArizona, then joined the OSIRIS-REx imaging team.

Bennett describes herself as an “asteroid cartographer.” As she explains, all the images used for OSIRIS-REx science came through the imaging team, which removed dead or hot pixels, corrected any geometry information and ensured that pixels denoted, as accurately as possible, the latitude and longitude of points on the asteroid.

Bennett developed the main global map of Bennu, a mosaic composed of thousands of images taken from around the asteroid which were map projected into 2D space, carefully corrected, and layered together to make the map as seamless as possible.

Now that OSIRIS-REx is scheduled to leave Bennu in May with the sample it collected from the surface, the mission team will prepare for sample analysis. Bennett, too, has transitioned: to project manager and software engineer. She will be part of the team that builds a software system to pass data among scientists around the world.

“I just love my job,” Bennett says. “There’s a lot of young women on the team and people who were students hired on afterwards. I love nurturing the future generation of scientists.”

A total of 150 UArizona undergraduate and graduate students have worked on OSIRIS-REx, and more than 30 alumni have been hired to join the mission as staff. While working on the mission, Bennett continued to build her skills with another bachelor’s degree and a master’s degree, both in computer science.

Back in the days when Bennett was Googling unfamiliar science terms, she found inspiration during a meeting with Dante Lauretta. The OSIRIS-REx principal investigator Googled his own unknown words.

“I was sitting next to Dante in a meeting when somebody said something and he Googled it. I was like, ‘Oh my God, everybody’s constantly learning.’ It was a pivotal moment,” Bennett says. “There’s an empowerment in being proud that you don’t know something and wanting to figure it out. You should embrace the fact that you are always learning, instead of trying to hide it.”

Lauretta has also encouraged Bennett in her new role. “It’s intimidating to manage people who have so many years of experience,” Bennett says. “But Dante was immediately supportive. He said, ‘Well, if I thought that way when I was 35, or when I became PI of the OSIRIS-REx mission, I wouldn’t be in this position.’ “He was basically like, No, you can do this.”

Bennett is still discovering what else she can do.

“One of the things that I have learned to love about my life is that I can pivot. I don’t want to start thinking that I do space science now, and that’s all I’m going to do,” she says. “I don’t want to limit myself. I hope I don’t know where I’m going next or what the next opportunity is going to be.”

Volcanoes on Mars Could be Active, Raising Possibility that the Planet was Recently Habitable