Here's How to See Comet Leonard, According to the UArizona Researcher Who Discovered It 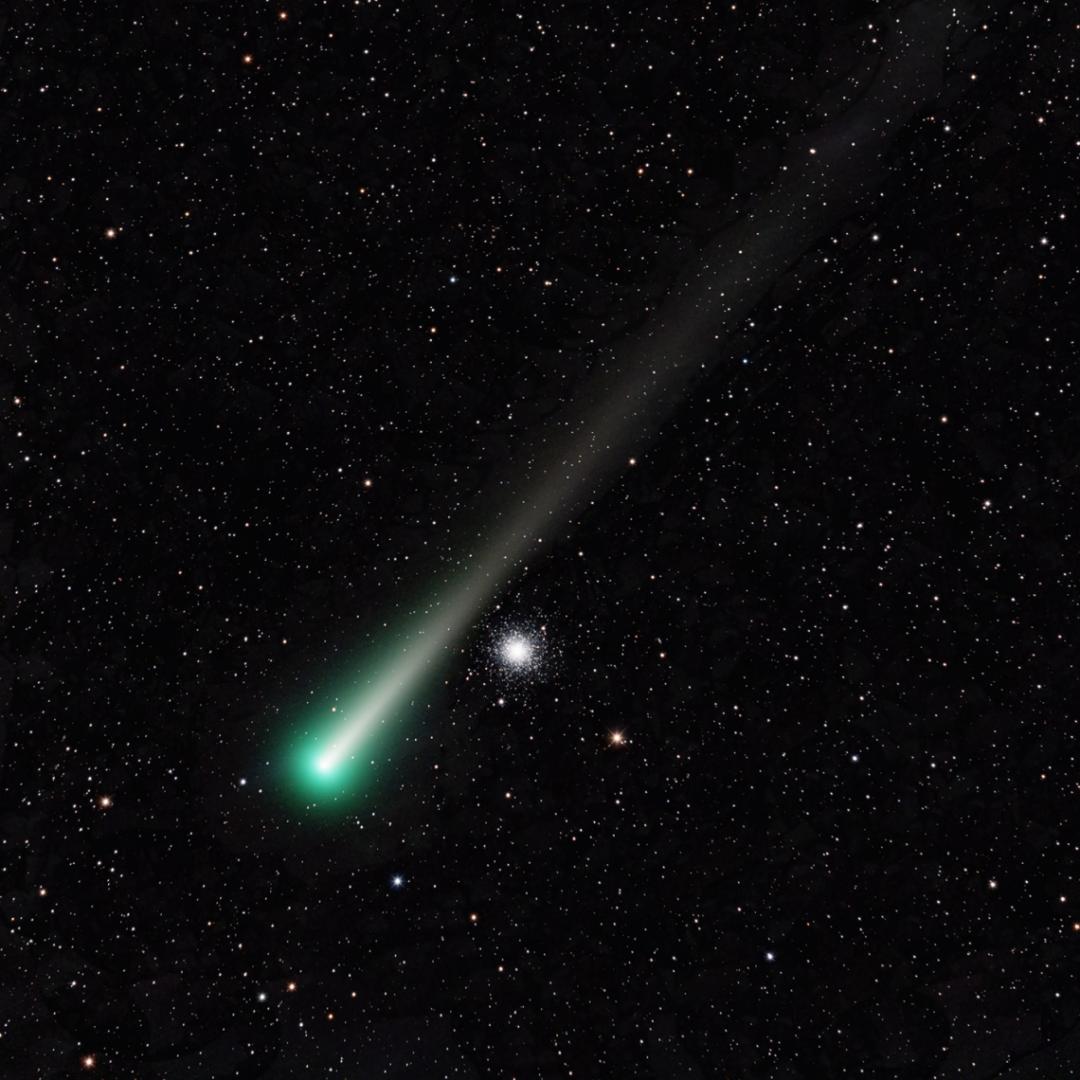 Now is the best time to get a glimpse of Comet C/2021 A1, better known as Comet Leonard. It's named for its discoverer, Gregory Leonard, a senior research specialist at the University of Arizona Lunar and Planetary Laboratory.

Every night with clear skies, astronomers with LPL's Catalina Sky Survey scan the sky for near-Earth asteroids – space rocks with the potential of venturing close to Earth at some point.

During one such routine observation run on Jan. 3, Leonard spotted a fuzzy patch of light tracking across the starfield background in a sequence of four images taken with the 1.5-meter telescope at the summit of Mount Lemmon. The dot's fuzzy appearance, combined with the fact that it had a tail, was a dead giveaway that he was looking at a comet, he said.

"The fact that the tail showed up in those images was remarkable, considering that the comet was about 465 million miles out at that point, about the same distance as Jupiter," he said.

Most long-period comets such as Comet Leonard hail from the Oort Cloud, a vast region surrounding our solar system at distances no spacecraft has ever come close to, not even the two Voyager probes, which have officially left the solar system and entered interstellar space.

Out there, suspended in the vast interstellar void where temperatures are close to absolute zero, are billions of orbiting comets balanced in a delicate tug-of-war of extremely weak gravitational forces between the distant sun and the rest of the Milky Way. Slight perturbations of this precarious balance of forces may nudge a chunk of ice and dust out of the Oort Cloud and send it onto a trajectory toward the sun.

"When the tug-of-war is won by the gravity of our solar system, an object may start moving inwards, accelerating as it gets closer to the sun," Leonard explained.

A Meteor Shower on Venus?

Comet Leonard made its closest approach to Earth on Dec. 12, at which point it was still more than 21 million miles away from Earth, about 88 times the distance from Earth to the moon. The comet currently can be spotted low in the evening sky, just after sunset.

On Dec. 17, the comet is expected to pass very close to Venus in what Leonard calls a cosmic close call.

"There is a small chance Venus will pass close enough to the comet's path where it may pick up some dust grains in its atmosphere, producing a meteor shower on our neighboring planet," he said.

Speaking of Venus, the "evening star," as it's sometimes called, is currently prominently visible in the southwestern sky just around sunset and might make for a useful guidepost, helping sky watchers to locate the comet, Leonard said.

"Beginning Dec. 13, this comet will appear very low above the horizon just after sunset," Leonard said. "It will skim across the west-southwestern horizon between now up until around Christmastime. The fact that it's so close to the horizon makes this comet a bit challenging to observe."

Still, Leonard encourages people to give it a try, explaining that observers may benefit from an effect called forward scattering: As it comes closer to the sun, the comet's tail and "coma" – a cloud of dust and gas – may scatter the sunlight from behind, potentially dramatically enhancing the comet's brightness.

"I feel there is going to be something to be seen even for the casual observer," Leonard said. "Find yourself a dark sky with a good view of the horizon, bring binoculars and I think you may be rewarded."

Not its First Visit to Earth's Neighborhood

Comet Leonard is no stranger to the inner solar system. About 80,000 years ago, Neanderthals may have looked up to the night sky and pointed out the strange star with its bright tail to each other. Its first encounter with the sun flung Comet Leonard back into the depths of space, only to turn around about 40,000 years later and embark on another trip toward the sun. On this visit, however, Comet Leonard is traveling without a return ticket.

"This is the last time we are going to see the comet," Leonard said. "It's speeding along at escape velocity, 44 miles per second. After its slingshot around the sun, it will be ejected from our solar system, and it may stumble into another star system millions of years from now." Two domes house the telescopes at Catalina Sky Survey's Mount Lemmon station.

Leonard said it is unusual for a comet to burst into activity as far out from the sun as this one did when it first showed up in Catalina Sky Survey's 1.5-meter reflector telescope, the workhorse discovery telescope for near-Earth asteroid and many comets. At the time, it was too far out for the sun to heat water ice – the main ingredient of most comets – into a streaming tail of vapor.

"Something other than water ice was being excited by the solar radiation and producing this tenuous atmosphere – possibly frozen carbon dioxide, carbon monoxide or ammonia ices," he said.

The comet was extremely faint, about 400,000 times dimmer than what human eyes can see, and was only picked up thanks to the combination of the telescope's large optics and exquisitely sensitive camera. The Catalina Sky Survey operates four telescopes in the Santa Catalina Mountains north of Tucson – one pair of telescopes on Mount Bigelow and another pair on the summit of Mt. Lemmon.

Cherished for their appearance, comets are of great interest because they function as messengers from the solar system's deep past. Preserving material left over from when the sun and planets were born, these "dirty snowballs," as they are sometimes called, contain clues to the processes that were at work when the solar system formed.

"As much as we have great science on comets, they're still highly unpredictable with respect to their size, shape, chemical makeup and behavior," Leonard said. "A wise and famous comet discoverer once said: 'Comets are like cats – both have tails and both do precisely what they want.'"