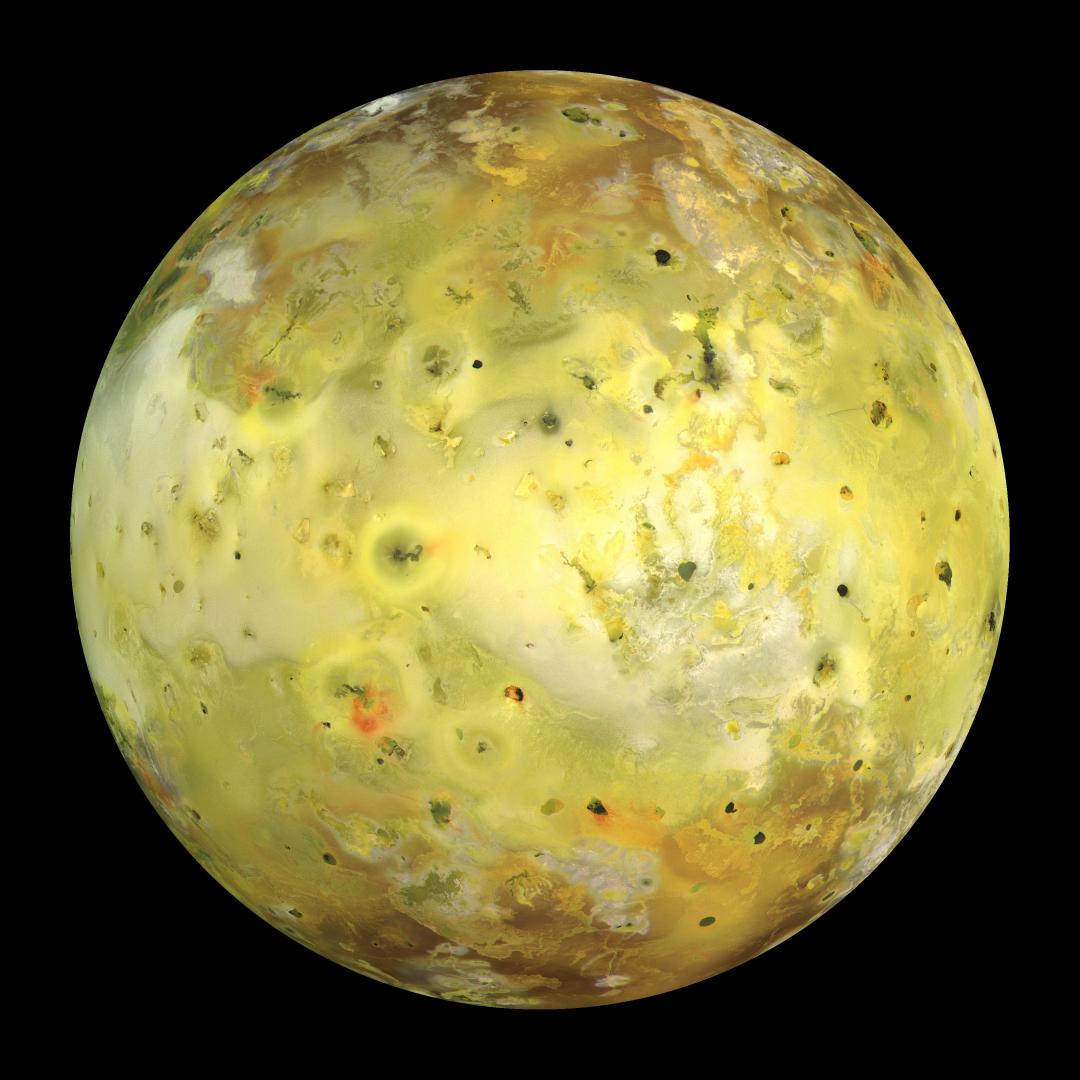 A proposed mission called Io Volcano Observer (IVO) would visit Jupiter’s moon Io, which is a true volcanic wonderland with hundreds of erupting volcanoes gushing tons of molten lava and sulfurous gases at any moment.

Wind the clock back a few billion years, and this could have been the surface of any young rocky planet. But today, in our solar system, only Io hosts this kind of hyperactivity. Under the colossal pull of Jupiter’s gravity and the passing orbital tugs of sibling moons Europa and Ganymede, Io is subject to punishing tides that stretch and squeeze the moon as it moves along its elliptical path.

Scientists know these tidal forces generate extreme heat inside Io — resulting in 20 times more heat flow than Earth – and, in general, are an important planetary process across the universe. But we’re still profoundly ignorant about how they actually work, said Alfred McEwen, a planetary geologist and regents' professor at the Lunar and Planetary Laboratory, University of Arizona.

“Major questions remain about where and how tidal heat is produced inside a planet or moon, how that heat escapes to the surface, and what effect this process has on planetary worlds across the cosmos,” he said.

But Io, with its spectacular volcanoes and extreme tidal activity, could address those questions. Learning exactly how this furnace functions within Io, McEwen said, will in turn help us understand how worlds evolve.

“It really is the best place in the solar system to understand tidal heating.”

From the Inside Out

As principal investigator, McEwen leads the team crafting  IVO, which is under consideration for NASA’s Discovery Program.

Being developed by the Johns Hopkins Applied Physics Laboratory (APL) in Laurel, Maryland, the IVO spacecraft would make at least 10 close flybys of Io over four years, using a suite of specialized instruments to peer beneath Io’s bright, sulfur-covered surface, capture images and video of its extreme volcanism, and ultimately track Io’s heat energy from the inside out.

“We want to follow the heat,” said Laszlo Kestay, IVO deputy principal investigator from the U.S. Geological Survey. “And key to that is understanding where the heat is being generated inside Io.”

Depending on the distribution of solid and molten rock within the moon, tidal heating could be spread throughout its interior or concentrated closer to its surface. So IVO would measure the gravity and magnetic fields around Io to sense what’s happening inside.

For instance, one tantalizing possibility is that Io has a global magma ocean hiding under its mostly cold, rocky surface. As Jupiter’s magnetic field sweeps over the moon, IVO would detect the distortion in the magnetic field produced by currents generated inside the electrically conductive magma, picking up a different reading than, say, if Io’s insides were largely solid.

IVO would also combine geophysical measurements and new topographic maps to understand the thickness and movement of Io’s cold, rocky outer layer, and provide insights into how the Earth, Moon and other rocky planets worked shortly after their own formation, when they were cooling magma-ocean worlds.

Like an acrobat, IVO would hang far from Jupiter, timing its plunges toward Io to reach the best locations – and at the precise moments -- to both collect the clearest observations of Io's magnetic and gravity fields, and measure the “wobble” Jupiter imposes on its orbit, another indicator of its internal structure.

Dipping as close as 120 miles (200 kilometers) above the moon, IVO would image about 90% of Io’s colorful surface and volcanism at down to about 900 feet (300 meters) per pixel, and smaller areas down to 3 m/pixel, and capture movies of the erupting lava and plumes on each flyby.

Viewing the poles on approach and departure, IVO would measure the distribution of heat coming from Io with capabilities no other spacecraft has had, and that can’t be observed from Earth. Infrared data from a thermal mapper will also help scientists understand lava temperature and chemistry.

IVO would be equipped with a mass spectrometer for sampling the gases erupting from Io’s volcanoes. These gases carry a sort of fingerprint that records the chemical evolution of Io and the entire Jovian system, allowing scientists to study its full history.

“It would be the first time anyone has taken in situ measurements of Io’s atmosphere, and that’s ripe ground for new discoveries,” said Kathy Mandt, IVO project scientist from APL.

“We know Io loses most of its heat through stunning eruptions that dwarf the volcanoes and lava flows we see on Earth,” she continued. “They’ll not only be awesome to watch, but they’ll also help us understand exactly how this process works from within.”

Changes in the System

“The movement of heat is an engine of change,” Kestay said. “IVO would investigate how the flow of heat has affected Io and the entire Jupiter system over time.”

The tons of volcanic gasses stripped from Io every second are spread widely by Jupiter's powerful magnetic field. IVO would zoom through this material, providing new insight into how it’s removed and where it goes – a first step in understanding the evolutionary changes in Io’s chemistry.

Volatiles escaping from Io have spread across the entire Jovian system, painting the surface of Europa, potentially supplying chemical ingredients for life to the ocean within Io’s closest neighbor. Scientists would also expect to learn more about the critical role tidal heating plays in warming the liquid water oceans under the icy shells of Europa and other potentially habitable worlds, like Saturn’s moons Titan and Enceladus.

“Using Io as a planet-sized natural laboratory, we’ll better understand processes that are important across the solar system,” McEwen said, “and beyond.”