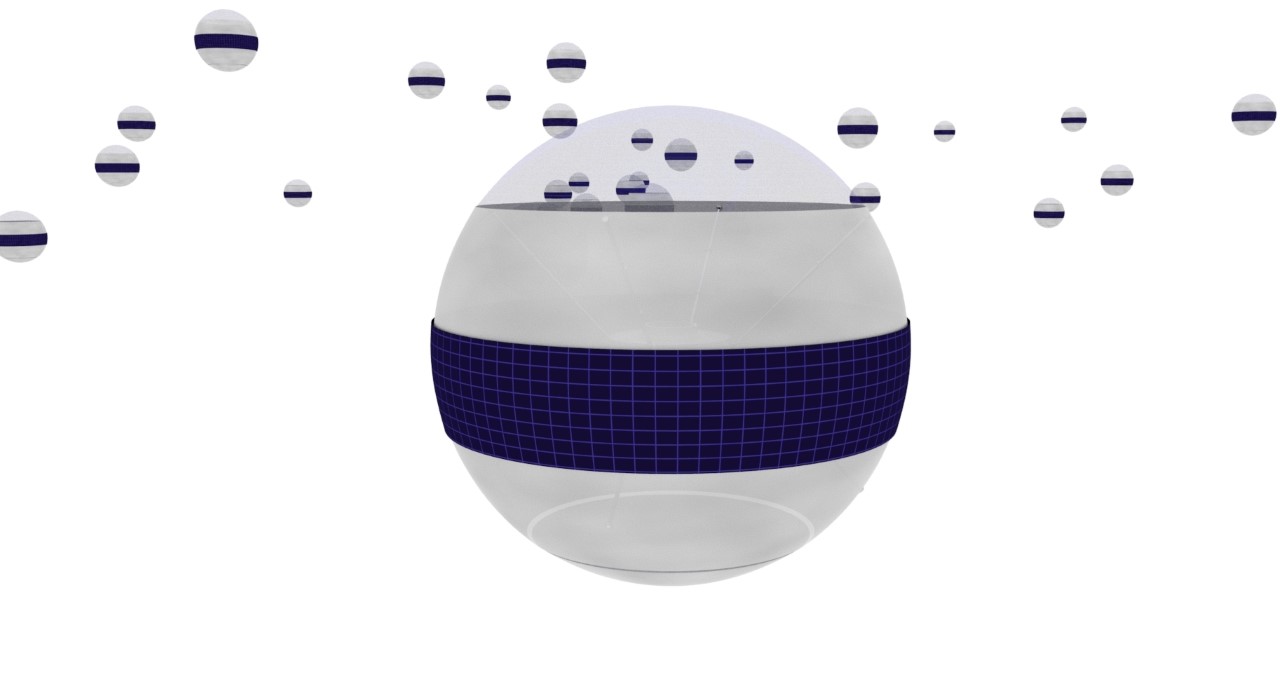 The University of Arizona Richard F. Caris Mirror Laboratory is a world leader in the production of the world’s largest telescope mirrors. In fact, it is currently fabricating mirrors for the largest and most advanced earth-based telescope: The Giant Magellan Telescope.

But there are size constraints, ranging from the mirror’s own weight, which can distort images, to the size of our freeways and underpasses that are needed to transport finished pieces. Such giant mirrors are reaching their physical limits, but when they do, the UA will continue to be a global contributor to the art of gathering light and drive change in the way astronomers observe the stars.

“We are developing a new technology to replace mirrors in space telescopes,” said UA associate professor Daniel Apai, of Steward Observatory and the Lunar and Planetary Laboratory. “If we succeed, we will be able to vastly increase the light-collecting power of telescopes, and among other science, study the atmospheres of 1,000 potentially earth-like planets for signs of life.”

Apai leads the space science half of the team, while UA professor Tom Milster, of the James C. Wyant College of Optical Sciences, leads the optical design of a replicable space telescope dubbed Nautilus. The researchers intend to deploy a fleet of 35 14-meter-wide spherical telescopes, each individually more powerful than the Hubble Space Telescope.

Each unit will contain a meticulously crafted 8.5-meter diameter lens, which will be used for astronomical observations. One use particularly exciting for Apai is analyzing starlight as it filters through planetary atmospheres, a technique which could reveal chemical signatures of life.

“Such a sample may be too small to truly understand the complexity of exo-earths,” according to Apai and Milster’s co-authored paper, which was published July 29 in the Astronomical Journal along with several other authors, including Steward Observatory astronomer Glenn Schneider and Alex Bixel, an astronomer and UA graduate student.

To develop Nautilus, Apai and Milster defined a goal and designed Nautilus to meet it.

“We wanted to search 1,000 potentially earth-like planets for signs of life. So, we first asked, what kinds of stars are most likely to host planets? Then, how far do we need to go in space to have 1,000 earth-like planets orbiting around them? It turned out that it’s over 1,000 light years – a great distance, but still just a small part of the galaxy,” Apai said. “We then calculated the light collecting power needed, which turned out to be the equivalent of a 50-meter diameter telescope.”

“Telescope mirrors collect light – the larger the surface, the more starlight they can catch,” Apai said. “But no one can build a 50-meter mirror. So we came up with Nautilus, which relies on lenses, and instead of building an impossibly huge 50-meter mirror, we plan on building a whole bunch of identical smaller lenses to collect the same amount of light.”

The lenses were inspired by lighthouse lenses – large but lightweight – and include additional tweaks such as precision carving with diamond-tipped tools. The patented design, which is a hybrid between refractive and diffractive lenses, make them more powerful and suitable for planet hunting,  Milster said.

Because the lenses are lighter than mirrors, they are less expensive to launch into space and can be made quickly and cheaply using a mold. They are also less sensitive to misalignments, making telescopes built with this technology much more economical. Much like Ford did for cars, Ikea did for furniture, and SpaceX for rockets, Nautilus will use new technology, a simpler design, and lightweight components to provide cheaper and more efficient telescopes with more light-collecting power.

“We don’t need extremely high-contrast imaging. We don’t need a separate spacecraft with a giant starshade to occult the planet host stars. We don’t need to go into the infrared," Apai said. "What we do need is to collect lots of light in an efficient and cheap way.”

In the last few decades, computers, electronics and data-collection instruments have all become smaller, cheaper, faster and more efficient. Mirrors, on the other hand, are exceptions to this growth as they haven’t seen big cost reductions.

“Currently, mirrors are expensive because it takes years to grind, polish, coat and test,” Apai said. Their weight also makes them expensive to launch. “But our Nautilus technology starts with a mold, and often it takes just hours to make a lens. We also have more control over the process, so if we make a mistake, we don’t need to start all over again like you may need to with a mirror.”

Additionally, risk would be distributed over many telescopes, so if something goes wrong, the mission isn’t scrapped. Many telescopes remain.

“Everything is simple, cheap and replicable, and we can collect a lot of light,” Apai said.

Apai and Milster have another vision if they succeed: “Using the low-cost, replicated space telescope technology, universities would be able to launch their own small, Earth- or space-observing telescopes. Instead of competing for bits of time on Hubble, they’d get their own telescope, controlled by their own teams,” Apai said.

In January, Apai and Milster's team, along with UA assistant professor Dae Wook Kim and professor Ronguang Liang of the College of Optical Sciences and Jonathan Arenberg from Northrop Grumman Aerospace Systems, received $1.1 million from the Moore Foundation to create a prototype of a single telescope and test it on the 61-inch Kuiper Telescope on Mt. Bigelow by December 2020.

“The University of Arizona is just one of the few places in the world, and usually the first in the world, to generate such pioneering telescope systems,” Milster said. “And it fits right in line with our history and our prominence in optical sciences and astronomy that we develop this technology.”

How the UA Guided Men to the Moon