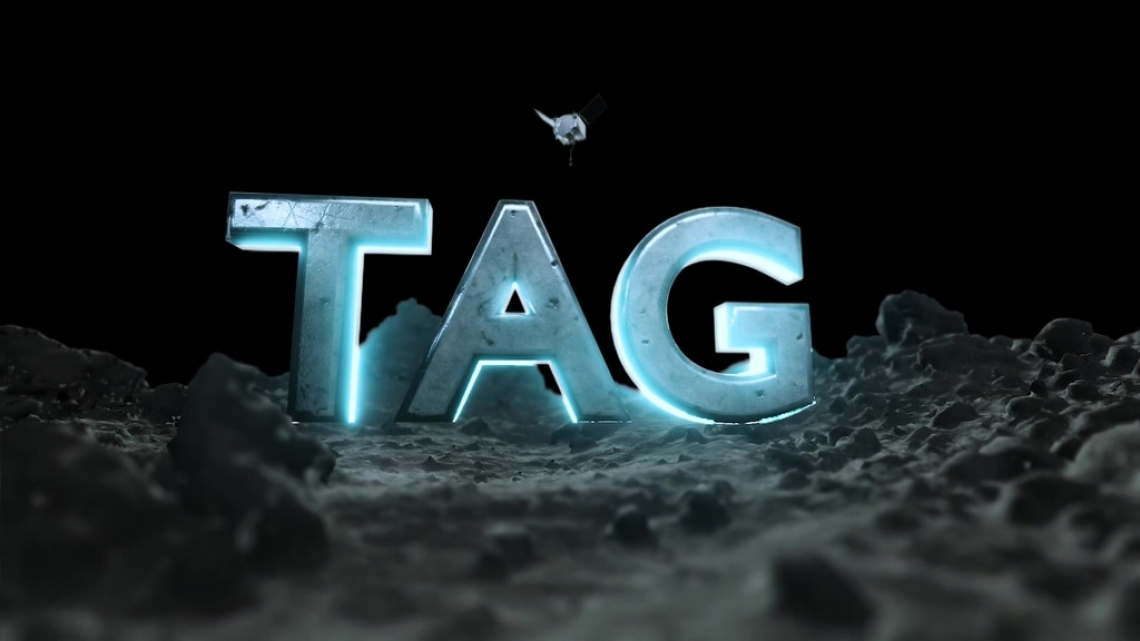 A historic moment is on the horizon for the University of Arizona-led NASA OSIRIS-REx mission. In just a few weeks, the robotic OSIRIS-REx spacecraft will descend to asteroid Bennu's boulder-strewn surface, touch down for a few seconds and collect a sample of the asteroid's rocks and dust – marking the first time NASA has grabbed pieces of an asteroid, which will be returned to Earth for study.

"This is all about understanding our origins and addressing some of the most fundamental questions that we ask ourselves as human beings: Where did we come from and are we alone in the universe?" Dante Lauretta, OSIRIS-REx principal investigator at the UArizona Lunar and Planetary Laboratory, said during a media event Thursday.

The university leads the science team and the mission's science observation planning and data processing.

The science team chose the dark, low-reflectance asteroid Bennu early in the mission design because it is likely full of the organic material and hydrated minerals that could have led to water on Earth.

"That information was based on a technique called spectroscopy. One aspect of the OSIRIS-REx science program is to understand these dark, low-reflectance asteroids and try to infer composition from that information," Lauretta said. "There are over 1 million asteroids in the solar system, so we're not going to send spacecraft to every one of those. …We're going to use the spectra and OSIRIS-REx samples to better understand the spectra of these objects."

On Oct. 20, the mission will perform the first attempt of its Touch-And-Go, or TAG, sample collection event. This series of maneuvers will bring the spacecraft down to a site named Nightingale, a rocky area 52 feet in diameter in Bennu's northern hemisphere, where the spacecraft's robotic sampling arm will attempt to collect a sample. Nightingale was selected as the mission's primary sample site because it holds the greatest amount of unobstructed fine-grained material, but the region is surrounded by building-sized boulders. During the sampling event, the spacecraft, which is the size of a large van, will attempt to touch down in an area that is only the size of a few parking spaces and just a few steps away from some of these large boulders.

During the 4 1/2-hour sample collection event, the spacecraft will perform three separate maneuvers to reach the asteroid's surface. The descent sequence begins with OSIRIS-REx firing its thrusters for an orbit departure maneuver to leave its safe-home orbit approximately 2,500 feet from Bennu's surface. After traveling four hours on this downward trajectory, the spacecraft performs the "checkpoint" maneuver at an approximate altitude of 410 feet. This thruster burn adjusts OSIRIS-REx's position and speed to descend steeply toward the surface. About 11 minutes later, the spacecraft performs the "matchpoint" burn at an approximate altitude of 177 feet, slowing its descent and targeting a path to match the asteroid's rotation at the time of contact. The spacecraft then descends to the surface, touches down for less than 16 seconds and fires one of its three pressurized nitrogen bottles. The gas agitates and lifts Bennu's surface material, which is then caught in the spacecraft's collector head. After this brief touch, OSIRIS-REx fires its thrusters to back away from Bennu's surface and navigates to a safe distance from the asteroid.

Because the spacecraft and Bennu are approximately 207 million miles from Earth during TAG, it will take about 18 1/2 minutes for signals to travel between them. This time lag prevents the live commanding of flight activities from the ground during the TAG event, so the spacecraft is designed to perform the entire sample collection sequence autonomously. Prior to the event's start, the OSIRIS-REx team will uplink all of the commands to the spacecraft and then send a "go" command to begin.

To autonomously navigate to Nightingale, OSIRIS-REx uses the natural feature tracking navigation system. The spacecraft begins collecting navigation images about 90 minutes after orbit departure. It then compares these real-time images to an onboard image catalog, using identified surface features to make sure that it's on the right course toward the site. As the spacecraft approaches the surface, OSIRIS-REx updates the checkpoint and matchpoint maneuvers based on the navigation system's estimate of the spacecraft's position and velocity. OSIRIS-REx continues to use the system estimates as it descends to the surface after the matchpoint maneuver to monitor its position and descent rate. The spacecraft will autonomously abort should its trajectory vary outside of predefined limits.

To ensure that the spacecraft touches down on a safe area that avoids the region's many boulders, the navigation system is equipped with a hazard map of site Nightingale, which delineates areas within the sample site that could potentially harm the spacecraft. If the spacecraft's navigation system detects that it is on course to touch one of these hazardous zones, the spacecraft will autonomously wave off its approach once it reaches an altitude of 16 feet. This keeps the spacecraft safe and allows for a subsequent sample collection attempt at a future date.

As the spacecraft performs each event in the sample collection sequence, it will send telemetry updates back to the OSIRIS-REx team, albeit at an extremely slow data rate. The team will monitor the telemetry during the excursion and will be able to confirm that the spacecraft has successfully touched down on Bennu's surface soon after TAG occurs. The images and other science data collected during the event will be downlinked after the spacecraft has backed away from the asteroid and can point its larger antenna back to Earth to transmit at higher communication rates.

OSIRIS-REx is charged with collecting at least 2 ounces of Bennu's rocky material to deliver back to Earth – the largest sample return from space since the Apollo program – and the mission developed two methods to verify that this sample collection occurred. On Oct. 22, OSIRIS-REx's SamCam camera will capture images of the TAGSAM head to see whether it contains Bennu's surface material. The spacecraft will also perform a spin maneuver on Oct. 24 to determine the mass of collected material. If these measures show successful collection, the decision will be made to place the sample in the sample return capsule for return to Earth. If sufficient sample has not been collected from Nightingale, the spacecraft has onboard nitrogen charges for two more attempts. A TAG attempt at the backup site, Osprey, would be made no earlier than January 2021.

"On the day of TAG, Oct. 20, we will have slow data rate coming in. The spacecraft will be talking to us at 40 bits per second, so we're not getting a lot of information about how much sample we collected," Lauretta said. "Over the next week or so, we will do series of activities to understand how the TAG event worked and do as much as we can to verify that we collect our minimum of 60 grams – 2 ounces – of sample or more."

"We'll be able to tell if we were tilted, if the gas blew out to the side or if material was significantly mobilized. We'll also have good indication of the exact location in Nightingale where we made contact, and we can compare it to the samplability map to indicate if we landed in an area with abundant sample material or in one of the more rocky locations with larger fragments," Lauretta said. "I'm confident that we'll have abundant material based on the nature of the Nightingale site and the extensive testing we did with our TAGSAM."

The mission team has spent the last several months preparing for the sample collection event while maximizing remote work as part of its COVID-19 response. On the day of TAG, a limited number of team members will monitor the spacecraft from Lockheed Martin Space's Mission Support Area, taking appropriate safety precautions. Other members of the team will be at other locations on-site to cover the event, while also observing safety protocols.

The spacecraft is scheduled to depart Bennu in 2021 and deliver the collected sample to Earth on Sept. 24, 2023.

What Touching an Asteroid Can Teach Us