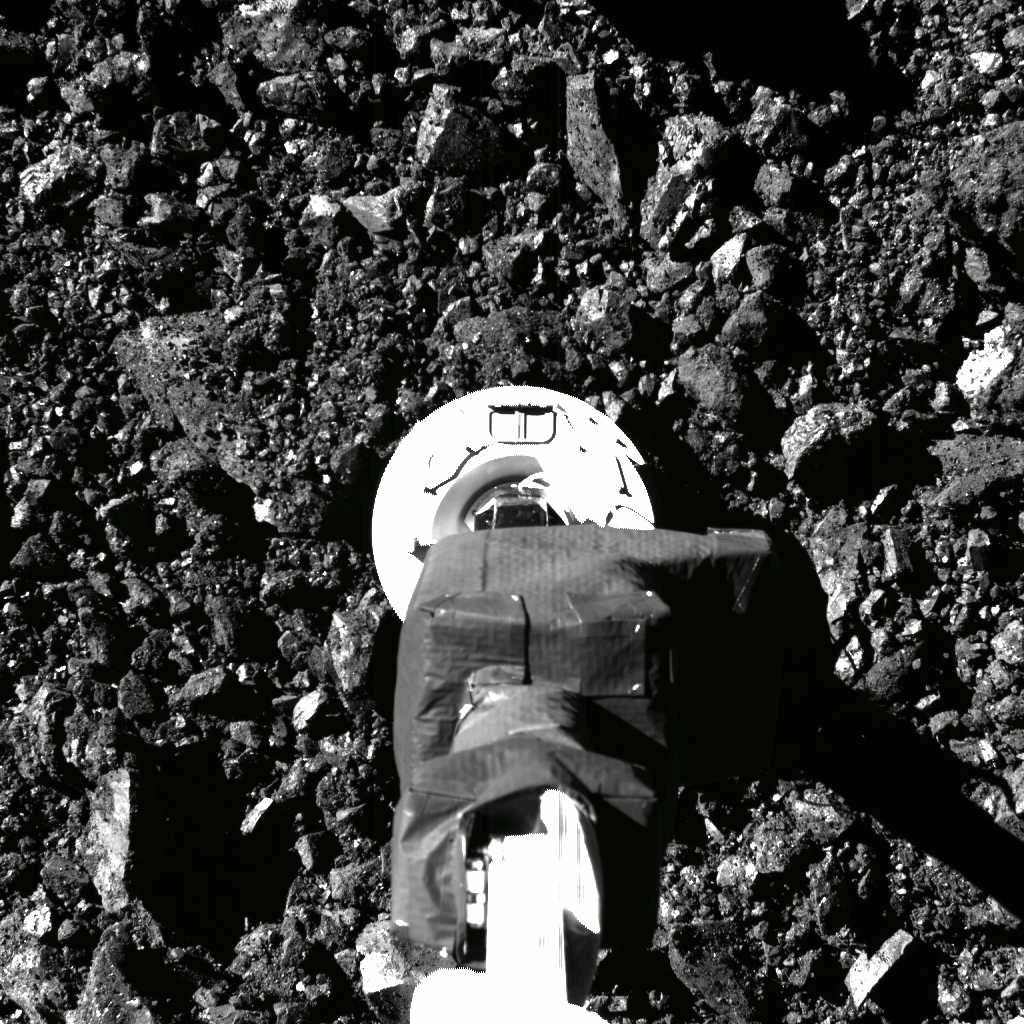 With a flick of its "wrist" and a blast from a nitrogen gas bottle, the sampling arm of NASA's OSIRIS-REx spacecraft made contact with asteroid Bennu yesterday to stir up surface material and capture some of it for return to Earth in 2023.

More than 200 million miles from Earth, the spacecraft touched down within 3 feet of the targeted location for about six seconds, then performed a back-away burn.

During the Touch-And-Go, or TAG, sample collection event, the spacecraft's sampling camera, or SamCam, recorded video of the sampling process. Once that footage was downloaded from the spacecraft, scientists at the University of Arizona OSIRIS-REx Science Operations Center went to work to process the footage.

The images were captured over an approximately five-minute period. The imaging sequence begins at about 82 feet above the surface and runs through the back-away maneuver. The sequence was created using 82 SamCam images, with one and a quarter seconds between frames. In the middle of the image sequence, the sampling head can be seen positioning itself on the "wrist" of the sampling arm to contact the asteroid's surface head on.

"The TAGSAM arm and head plunged into the surface of Bennu and seemed to crush a small boulder, as if it were made of chocolate," he said. "When the nitrogen gas released, it created a cloud of particles so thick that it blocked the sunlight from the neighborhood of the Nightingale sampling site."

The mission's image processing team is now anxiously awaiting the first peek into the sampling head to get an idea what type of material and how much was captured during the TAG event. While the spacecraft has backed away to a safe distance from  Bennu's surface, it will maneuver and tilt the sampling head into various positions while SamCam takes pictures. The mission team will also measure the amount of material collected through various spacecraft activities, such as a "pirouette" in space.