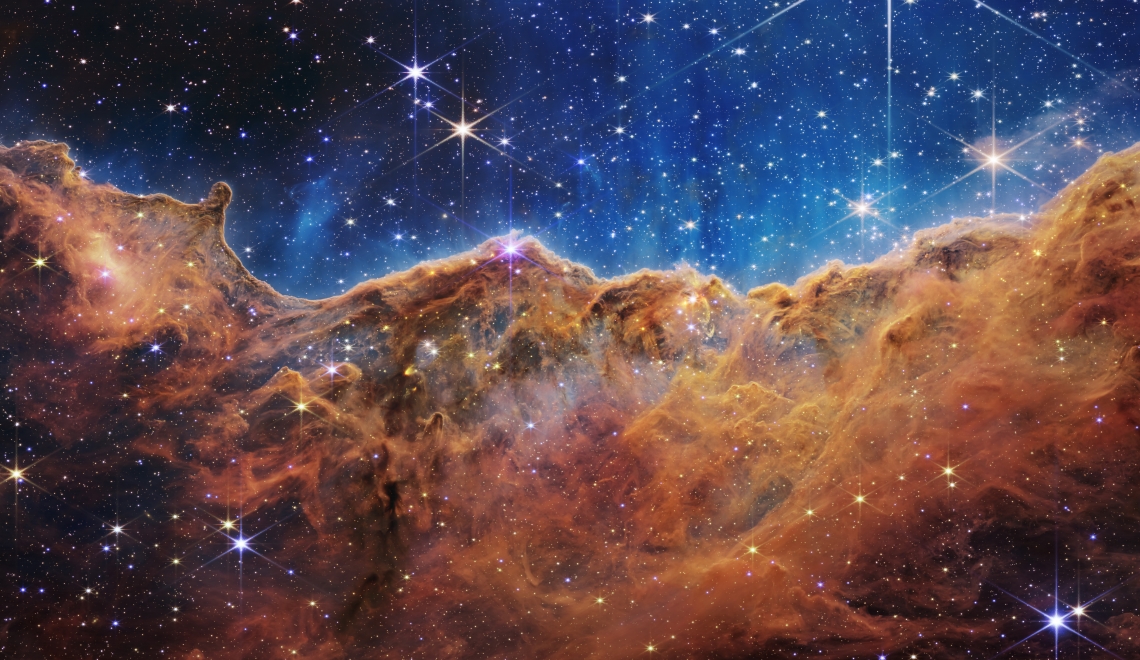 After decades of development, a nail-biting launch and months of space travel and commissioning, NASA has released the first scientific images and spectroscopic data captured by the James Webb Space Telescope. The images hint at the beginning of years of space science, which will in part be made possible by the 21 University of Arizona researchers who have played a role in developing and managing the instruments onboard.

The release of Webb's first images and spectra kicks off the beginning of Webb's science operations, in which astronomers around the world will have their chance to observe anything from objects in our solar system to the early universe, using Webb's four instruments. These include the Near Infrared Camera, or NIRCam, which serves as the telescope's short wavelength imager and is led by principal investigator and UArizona Regents Professor of Astronomy Marcia Rieke. George Rieke, Marcia's husband and also a Regents Professor of Astronomy at UArizona's Steward Observatory, serves as science team lead for the Mid-Infrared Instrument, or MIRI, which will observe the universe at longer wavelengths.

NIRCam and MIRI played a role in creating several of the images released. Since these instruments and the others onboard operate to detect different wavelengths of light, the images can be stacked or compared to learn more about the composition or structure of their targets.

Webb's first observations tell the story of the hidden universe through every phase of cosmic history – from neighboring exoplanets to the most distant observable galaxies in the early universe, and everything in between.

"Today, we present humanity with a groundbreaking new view of the cosmos from the James Webb Space Telescope – a view the world has never seen before," said NASA Administrator Bill Nelson. "These images, including the deepest view of our universe that has ever been taken, show us how Webb will help to uncover the answers to questions we don't even yet know to ask; questions that will help us better understand our universe and humanity's place within it."

The release of the images and spectra reveal the range of capabilities of all four of Webb's state-of-the-art scientific instruments and confirm that future observations will revolutionize our understanding of the cosmos and our own origins.

"Each of Webb's four instruments have capabilities that are aimed at particular science investigations," Marcia Rieke said. "Our NIRCam, for example, was designed to survey large swaths of sky using different filters, while MIRI collects light at longer wavelengths than all other instruments onboard. The Canadian instrument, the Near-Infrared Imager and Slitless Spectrograph, or NIRISS, has special mode for detecting the composition of planets that orbit other stars, and the Near Infrared Spectrograph NIRSpec can take spectra of many objects at once."

The images are all aesthetically appealing, but they also have scientific utility, Marcia Rieke said. These and future images will be mined for answers to particular science questions.

"After years of development and months of commissioning, it's regular operations from here on out," she said.

Marcia Rieke said the questions she's most excited to investigate include how the first galaxies came together to create something like our own Milky Way and if we can find an exoplanet with an Earthlike atmosphere.

George Rieke said some of the objects he's most excited to study with the powerful MIRI instrument are quasars, which are supermassive black holes at the center of galaxies that create bright jets of light as they consume the surrounding gas.

"MIRI and all of Webb's other instruments are ushering humanity into new scientific territory and that's super exciting," he said.

Webb's first observations were selected by a group of representatives from NASA, the European Space Agency, Canadian Space Agency and the Space Telescope Science Institute, who are all partners on the project:

"I'm very happy for all the young scientists who staked their early careers on Webb working smoothly and poured their hearts into getting every aspect tested and documented, and then turned it over to the astronomical community to let everyone help rewrite all the textbooks with new discoveries," George Rieke said.

The James Webb Space Telescope launched Dec. 25, 2021, on an Ariane 5 rocket from Europe's Spaceport in French Guiana. After completing the most complex and difficult deployment sequence in space, Webb underwent months of commissioning, in which its mirrors were painstakingly aligned, and its instruments were calibrated to its space environment and prepared for science.