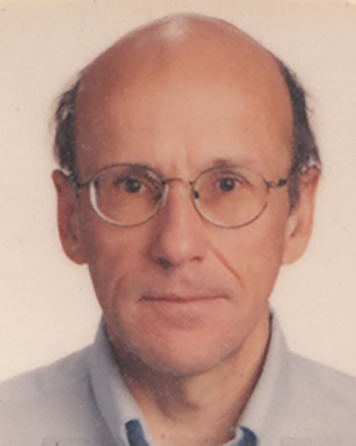 Robert A. King was born on 1/30/1947 in Winnipeg, Canada, and passed away at his home in Tucson, Arizona, on 5/27/2022. Bob was an inspiration on many fronts to all who were fortunate enough to know him professionally or personally.

Bob’s education was first in Canada and then in the U.S. He received his Ph.D. in physics from Princeton University in 1974.

From 1974 to 1976, Bob was a Postdoctoral Fellow at Bell Telephone Laboratories at Murray Hill, New Jersey. Data in support of his research was acquired at Kitt Peak National Observatory in Tucson, and at Cerro Tololo in Chile.

From 1976 to 1981, Bob was an Assistant Professor in the Physics Department at Washington University in St. Louis. He taught graduate and undergraduate students in courses in optics and quantum mechanics and relativity and conducted basic research into high frequency fluctuations in AM Hercules objects with a grant from the Research Corporation and in collaboration with Bell Telephone Laboratories.

From 1981 through 1997, Bob served as a Research Associate and Adjunct Professor in the Physics Department at the University of Calgary, Alberta, Canada. He received funding from the National Center of Excellence and the Canadian Space Agency for the design and construction of a high vacuum calibration system. He was a senior member of auroral ultraviolet imager teams for spacecraft including VIKING (Sweden) and FREJA (Canada) and INTERBALL (Russia, Canada).

While still at the University of Calgary, Bob worked with Dr. Lyle Broadfoot at the Lunar and Planetary Laboratory (University of Arizona) on the camera for Sweden’s VIKING satellite.

From 1997 through 2004, Bob worked as a Principal Research Specialist at the Lunar and Planetary Laboratory (LPL). He developed, tested, and calibrated software and also conducted development and engineering analysis in support of EUV, an extreme ultraviolet imager aboard the IMAGE spacecraft, a NASA Earth orbiter. Bob served as the entire uplink team on this project.

In 2004, Bob joined the HIRISE mission team at LPL. HiRISE, the High Resolution Imaging Science Experiment, is a high-resolution telescope aboard the NASA Mars Reconnaissance Orbiter, which launched in 2005. Bob’s work with HiRISE included calibration, software development, and engineering analysis. He coded compression algorithms, telemetry servers, image display and analysis software, and distributed telemetry displays. He also as researched the removal of image distortion and blurring engendered by S/C jitter.

Bob was a dedicated cyclist who biked to work every day, no matter the weather. Those who were lucky enough to work with Bob appreciated his computer science skills but also realized that his contributions may have been under appreciated because of his private nature. Those who came to know him better appreciated his sense of humor, positive outlook, and great love of nature and of his fellow humans.