A Brief History of LPL 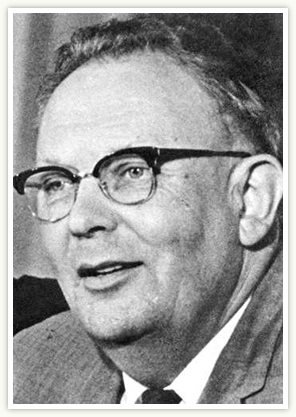 In 1960, Gerard P. Kuiper founded the Lunar and Planetary Laboratory in a tiny corner of the top floor of the Atmospheric Sciences Building on the University of Arizona campus. He came to Tucson for the same reason most people do: the weather. The clear skies and low humidity ensured that there would be good seeing conditions nearly year-round.

Kuiper populated the new laboratory with both upcoming and eminent scientists. LPL was one of the few places at the time that engaged in studies of the solar system, providing much-needed support to the nascent Space Race. When Ranger 7 successfully impacted the Moon in 1964, returning the first close-up photographs of its surface, it was Kuiper who stepped onto the television screen to proclaim its success to the world.

LPL has remained at the forefront of planetary studies. The Phoenix Mars Mission, launched in 2007, marked the first time a public university headed up an entire planetary mission. In May 2011, LPL was selected by NASA to lead the OSIRIS-REx sample return mission to the near-Earth asteroid Bennu; OSIRIS-REx launched in 2016 and will return the samples it collected from Bennu in 2023. These mission projects are only two examples of how current research at LPL, built upon Dr. Kuiper's original goals, continues to expand our knowledge of planetary science.