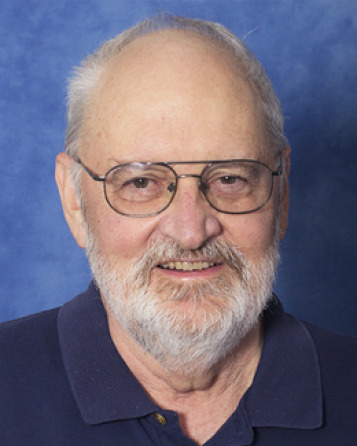 Research interests divide into the areas of planetary geology, Earth geomorphology and paleohydrology, and issues of science and society in relation to policy, the environment, and philosophy.

My research in planetary paleohydrology focuses on the morphology, genesis, and geological/geophysical/hydrological implications of various channels, valleys, and related landforms on Mars and Venus. My students and I relate these geomorphological features to volcanic, tectonic, and atmospheric processes. Other important considerations for Mars include the conditions that may have provided habitats for life.

I also conduct field investigations of the Late Pleistocene megafloods that impacted what is now the northwestern United States. We are applying 2-D computational models to our analyses of this flooding, which provides a terrestrial analog to ancient channel-forming processes on Mars.

For the past 30 years, my students and I have been investigating Holocene paleoflood records from the southwestern U.S. We have also been studying the geomorphology of the spectacular southern Arizona debris flows of late July 2006. The applied flood-hazard work leads to concern with public policy issues and the public perception of science.

Baker has authored or co-authored more than 1100 scientific contributions, including 19 books, 440 research articles and chapters, more than 550 abstracts and short research reports (nearly all of them associated with papers that were presented at professional meetings, conferences, and workshops), 34 extended technical reports; 42 encyclopedia articles; 39 published book reviews; plus guidebook contributions and various other writings, including popular works in science. His research has concerned paleoflood hydrology (a field of study that he defined in the 1970s and 1980s); flood geomorphology; channels, valleys, and geomorphic features on Mars and Venus; catastrophic Pleistocene megaflooding in the northwestern U.S. and central Asia; history/philosophy of Earth and planetary sciences; and the interface of environmental science with public policy. Professor Baker has been President of the Geological Society of America (1998), Chair of the American Association for the Advancement of Science Section on Geology and Geography (1992-93 and 2008-2009), and President of the International Union for Quaternary Research Commission on Global Continental Paleohydrology (1995-99). Among his honors are Foreign Membership in the Polish Academy of Sciences (1994); Honorary Fellowship in the European Union of Geosciences (1999); the David Linton Award of the British Society for Geomorphology (1995); the Distinguished Scientist Award (2002) and Distinguished Career Award (2010), both from The Geological Society of America Quaternary Geology and Geomorphology Division; the Inaugural International Lectureship of the Geological Society of America (2012-2013), a Fulbright-Hays Senior Research Fellowship (1979-1880); an Indo-American Fellowship (1987-1988); and professional society Fellowships respectively in the American Geophysical Union, the American Association for the Advancement of Science, The Geological Society of America, and the British Society for Geomorphology. His work on megafloods has been featured in multiple television documentaries for PBS, BBC, and the National Geographic, Discovery, and History Channels, including the 2005 NOVA production “Mystery of the Megaflood” and the 2017 NOVA production “Volatile Earth” episode on “Killer Floods.”

Paleoflood Hydrology of the Colorado River

Baker, Victor R. 2020, Geomorphology. The modern evolution of geomorphology - Binghamton and personal perspectives, 1970-2019 and beyond

Public Lecture "Let the River Speak! Paleoflood Hydrology of the Colorado River Canyons." I delivered this public lecture on September 2, 2018, at the Coconino Center for the Arts, for the "Colorado River Days" Celebration, Flagstaff, Arizona.

I presented the Invited Talk "History of the Great Floods of the Colorado River" to a public audience on July 18, 2019, in Moab, Utah (under auspices of Utah State Univ. and Center for Colorado River Studies, Moab, Utah)

I presented the invited talk "Lake Lewis and the Ice-Age Megafloods --History of the Controversy and Current Science Investigations" to the Ice Age Floods Institute, Lake Lewis Chapter, August 11, 2020.