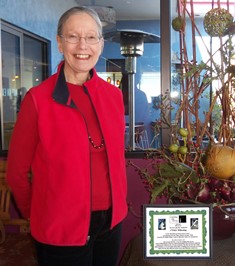 Dr. Laurel Wilkening, a former LPL director, has made a bequest to LPL to fund the graduate student field trips for the long term. Laurel was one of the first faculty members hired when the Department of Planetary Sciences was formed in 1973. She was Department Head of Planetary Sciences and Director of LPL, from 1981 to 1983, then moved into the University of Arizona administration, eventually becoming the Vice President for Research. From UA, she moved to the University of Washington to become the Provost (chief academic officer), and later became Chancellor of the University of California at Irvine, before retiring to work with non-profit groups. While at UA, she was also instrumental in founding the Women's Studies program.

LPL has been having field trips to planetary analog sites since its inception. In the last three decades, Jay Melosh, Dave Kring, and Shane Byrne have all led many field trips, and several other members of the faculty have either led trips or assisted. The formal graduate student field trips have been ranked by alumni as one of the most important parts of their experience here, so as budget cuts came steadily in the last decade, LPL Director Mike Drake worked hard to find ways to continue to fund them. While we have established a less-than-ideal system that has provided some stability, Laurel's bequest means that the long-term future of the field trips is probably financially secure. In the (hopefully long) short term, we will continue to fund the field trips as we have for the last several years, and Laurel is helping us to have a trip further afield for next semester (Spring 2014).