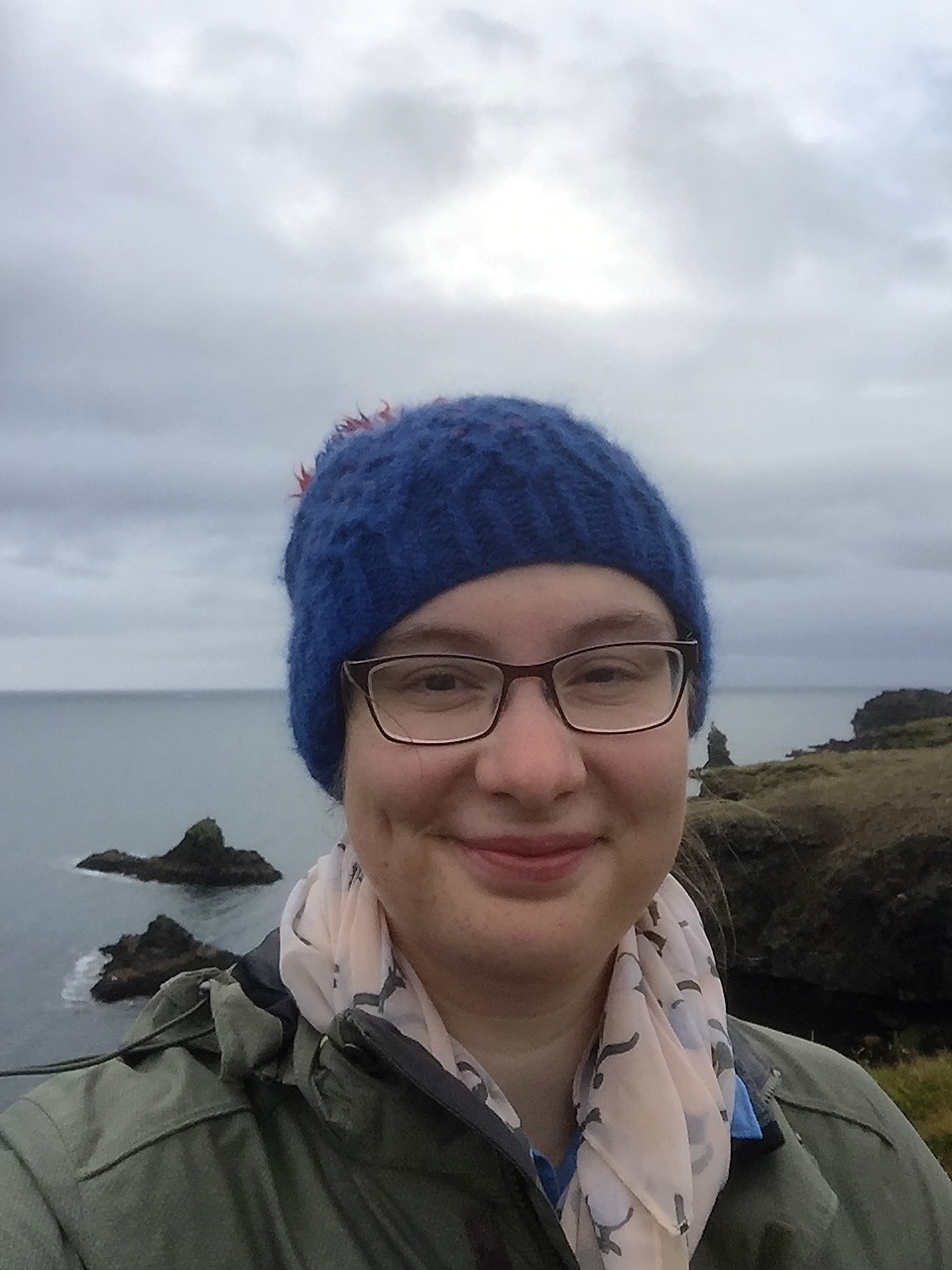 I chose to attend this conference because my primary Ph.D. dissertation project is on determining the surface age and current resurfacing rate for the North Polar Layered Deposits (NPLD), a geologic unit of the north polar ice deposit on Mars. My research addresses a fundamental question in Mars polar science: What obliquity- and eccentric-forced climate record, if any, does the stratigraphy of the NPLD contain? By calculating the surface age using crater counts utilizing High Resolution Imaging Science Experiment (HiRISE) data, I have been able to determine the age of the surface and estimate the current resurfacing rate based on two models of crater production at Mars. Not only was presenting this information to the attendees a key opportunity for my professional development, the next stages of my project rely on temperature modeling of environments inside and outside of craters. This involves expanding the focus of my work from impact craters to thermal models that need to incorporate new results from Mars climate modelers, in order to understand the larger scale history of accumulation and ablation on the polar deposits. These were the type of results presented at the conference as well, increasing my knowledge of Mars polar science as a whole in a way I could not have done while in Tucson during the academic year. Additionally, this conference was small in nature and discussion sessions were built into the flow of the conference. Between poster sessions and these additional moderated discussion times, there were many opportunities to interact with scientists from different institutions as well as representatives from the Mars Program Office. In further discussing issues and ideas about my current project, I was able to not only present my work to the broader community at a key time in my graduate career, but also to get and give feedback on topics related to the polar layered deposits.

Finally, Iceland is an incredible analog laboratory for Mars. I chose to attend conference field trips into Western Iceland, which has been shaped largely but the volcanic and glacial pasts of the island. The interaction between glaciers eroding volcanic landscapes as well as the current glacial retreat at Snaefellsjokull were amongst the topics discussed in the field, as well as examples of volcanic modification by water and ice. These types of modification features are difficult to find in the Tucson area, and attending the field trip portion of the conference expanded my understanding of glacial geologic features. 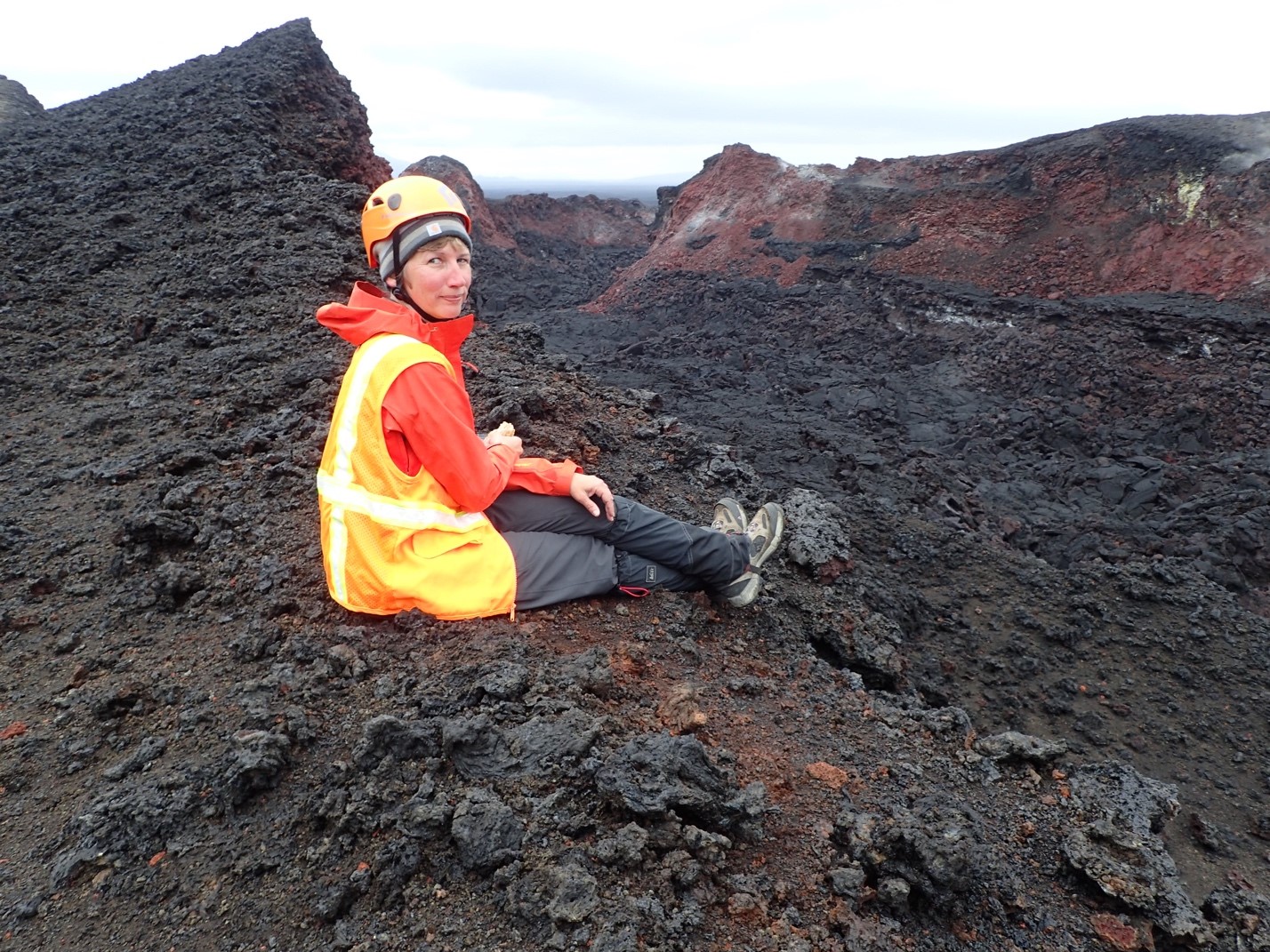 My graduate research topics include a comparative study of channelized lava flows on Earth and Mars using field and remote sensing data. I am looking at the morphology of channels in the Tharsis region on Mars using remote sensing data such as Digital Terrain Models (DTMs) and high resolution image data. The channels and flows in Tharsis are in some of the youngest volcanic terrain on Mars. The goal of this study is to understand the characteristics of the material that formed the channels, whether volcanic or fluvial. The significance of this work is to understand the tectonic-volcanic-hydrologic systems in Mars' recent history. To inform the processes related to volcanic channels, I conducted field work during the summers of 2015 and 2016 in Iceland at two recent lava flows. The Laki lava flow (also called the Skaftá Fires) dates from 1783-1784. The Holuhraun flow occurred in 2014-2015. The Curson Education Plus Fund helped fund my travel to Iceland for the 2016 Terrestrial Analogs for Planetary Surfaces field campaign from July 11-August 8, led by LPL Assistant Professor Christopher Hamilton.

The field work I conducted during the 2016 summer campaign included extensive geomorphologic investigations of the main channel in the Laki lava flow. I took observations of ponded lava high stands and fresh rock falls to understand the final stages of the channel formation, as well as the continuing rates of degradation of the channel. At Holuhraun, I assisted in acquiring a survey of the main vent and proximal channel using a Riegl VX-400 LiDAR (provided by NASA's Goddard Space Flight Center). Post-processing of these data will result in a dense point cloud that I will compare to the 2015 LiDAR survey, which I also helped collect, to measure channel degradation. At both sites, I also assisted in the acquisition of GPS data, and photogrammetric images acquired from unmanned aerial vehicles (Phantom 3 and a UX5-HP fixed wing aircraft). With data from these systems, I will analyze high resolution (down to cm scale!) topography and map features on the flows not visible from the ground.

The opportunity to conduct field work and learn new skills in terrestrial geomorphology is an important part of my graduate research plan. Field work at terrestrial analog sites provides me with an essential understanding of geologic processes that inform the planetary work I'm doing with remote sensing data sets of volcanic terrains on Mars.