2021 Curson Travel Award
by Indujaa Ganesh
The Curson Travel Award supported my summer field work in Nevada and California to study the emplacement of large pyroclastic flow deposits. My Ph.D. research focuses on volcanic deposits on Venus with runout distances of ~100 km or more. These deposits are thought to have formed from pyroclastic flows which are hot flowing mixtures of broken up magma and gases that result from explosive eruptions. Eruptions that produce pyroclastic flows with such long runout distances do not occur on Earth in present times; however, many large ancient eruptions in and around the Great Basin in Nevada produced pyroclastic flows that deposited material across >100–200 km from the source. One such deposit is the Nine Hill Tuff (NHT) extending for >500 km in the E-W direction, from Central Nevada all the way across the Sierra Nevada range into California. NHT was emplaced along E-W trending paleovalleys; this enabled channelization of the pyroclastic flow resulting in very long flow distances downslope (towards west) from the source, and very little lateral spreading in the N-S direction. Studying the emplacement of large deposits like the NHT on Earth can provide clues into emplacement of similar deposits on Venus, a planet that is similar in size and gravity to Earth.
A small team of graduate students and a postdoc, led by Dr. Michael Ort of Northern Arizona University (NAU) and Dr. Chris Henry from the Nevada Bureau of Mines, spent two weeks in California and Nevada studying the NHT. The objective was to a use technique called Anisotropy of Magnetic Susceptibility (AMS) to study the flow direction. This involved drilling into different outcrops and collecting oriented cores which were then later analyzed in the lab to determine the flow fabric, lineation and foliation. We collected oriented cores from different sites across California and Nevada; we were able to acquire samples from close to the paleovalley floor, near the paleovalley wall, close to the source of the eruption, and both upstream and downstream of the source. This provides the opportunity to gain a more thorough understanding of how the flow behaved at different spatial and temporal snaps during emplacement. Preliminary results from the field work are being presented at the American Geophysical Union 2021 Fall meeting by a graduate student at NAU.
Participating in the field study was immensely helpful for me to gain field experience, specifically in volcanic deposit morphologies. These are valuable and relevant skillsets to have for building a career in planetary volcanology. The field work was also an excellent opportunity to meet volcanologists from both within and outside the U.S. I was fortunate enough to be in the field with volcanologists that had several decades of experience as well as early career volcanologists. This led to very insightful discussions on scientific topics as well as discussions on building a career in this field. I was able to virtually meet potential collaborators through Michael, making this one of the most relevant and useful experiences during my graduate program. 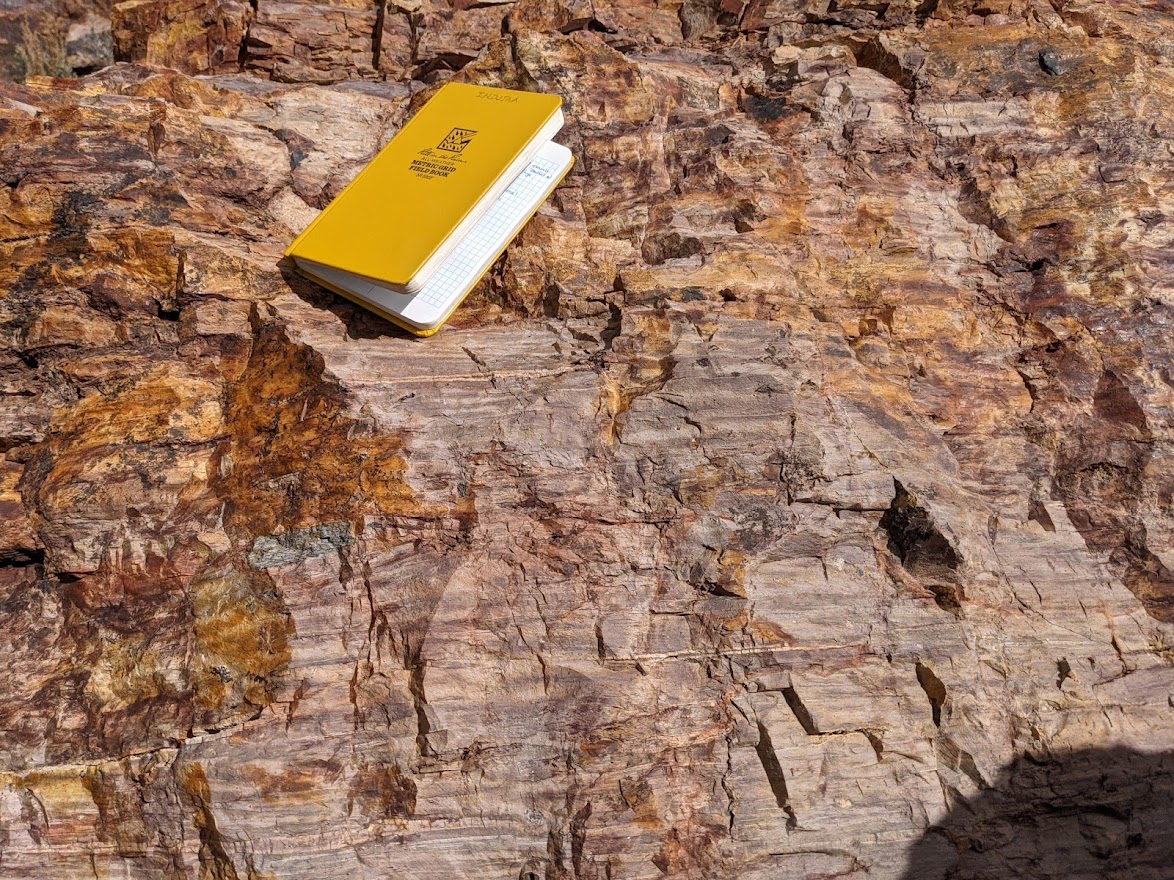 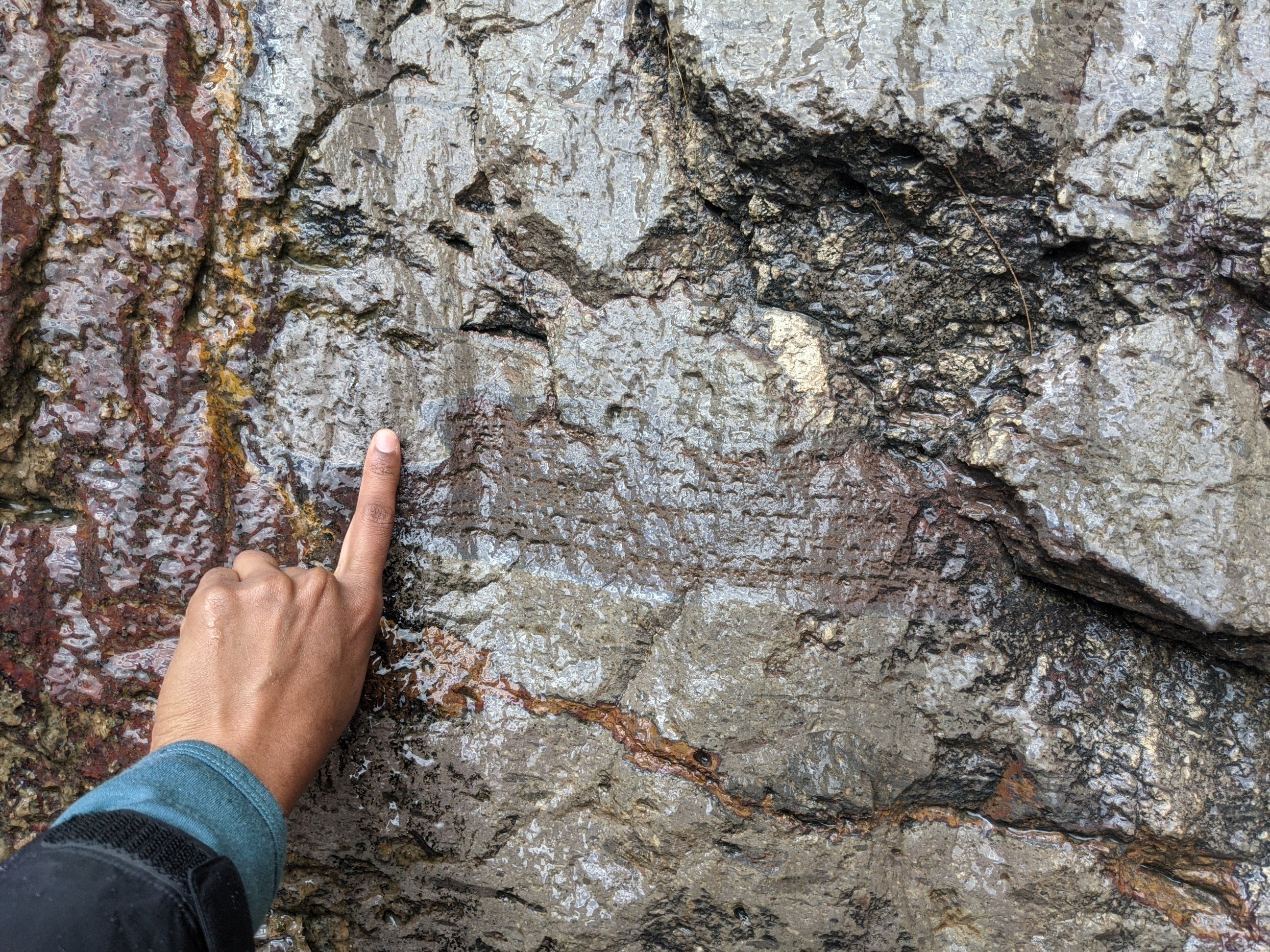 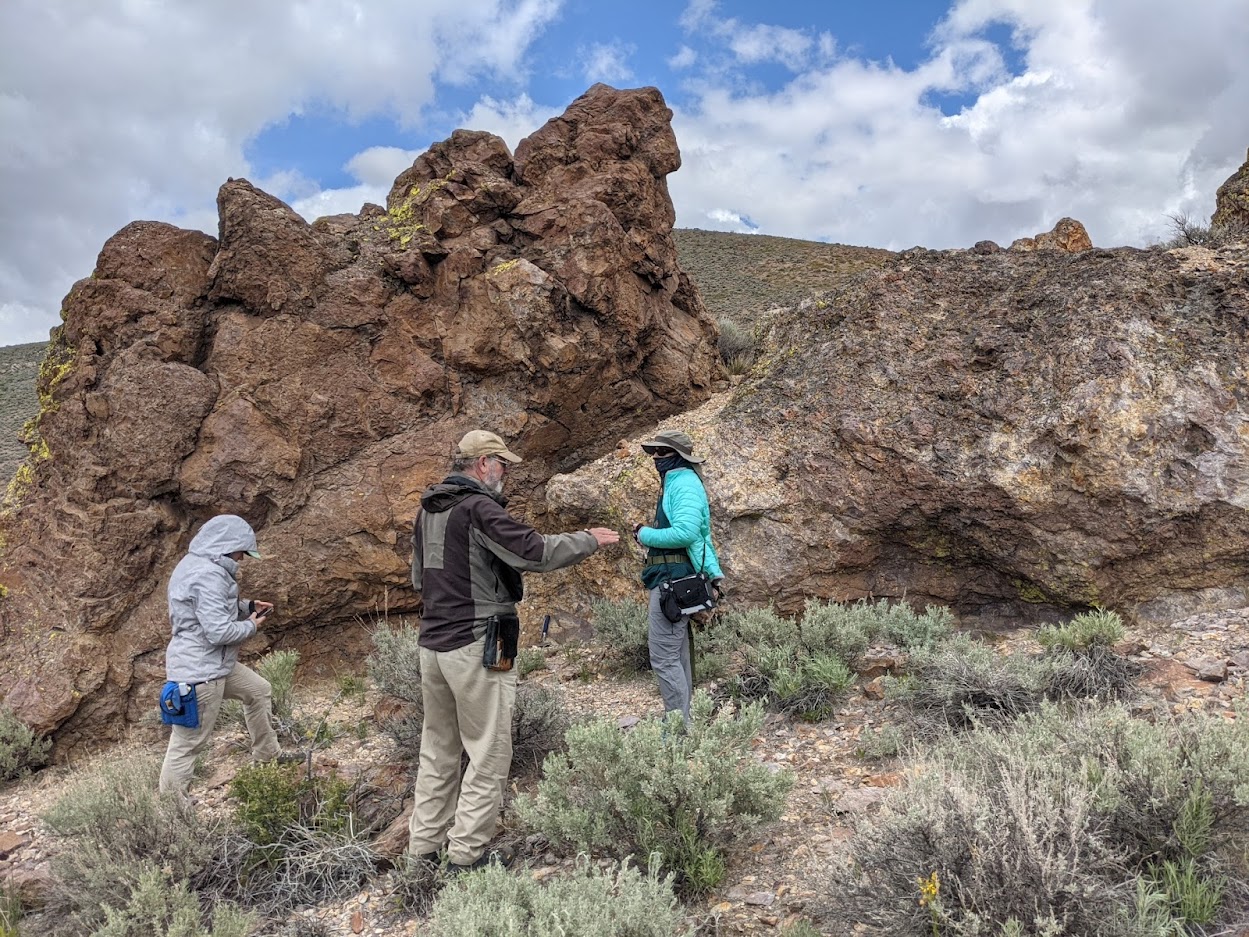 At the contact between brecciated and non-brecciated units of the Nine Hill Tuff.