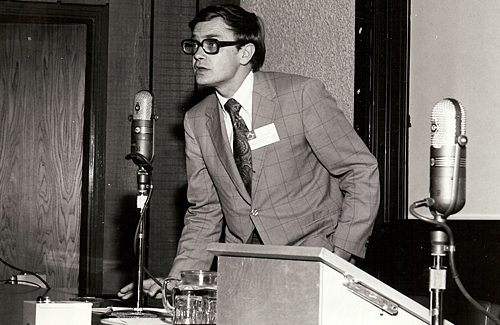 On November 11, 2009, LPL hosted a symposium to honor the scientific achievements, and 70th birthday, of our very own Regents' Professor Randy Jokipii. About 30 scientists, including Randy's past postdocs, students, and colleagues attended the event, which was held in Kuiper 308. In attendance were several members of the National Academy of Science, including Eugene Parker, Ed Stone, Len Fisk, George Gloeckler, and Frank McDonald (and, of course, Randy). There were 20 stimulating science talks covering a range of topics that Randy has been involved with through his career. After the symposium, a banquet was held at El Charro cafe in downtown Tucson. The banquet was highlighted by a number of humorous post-dinner talks in the cozy outdoor patio of the restaurant.