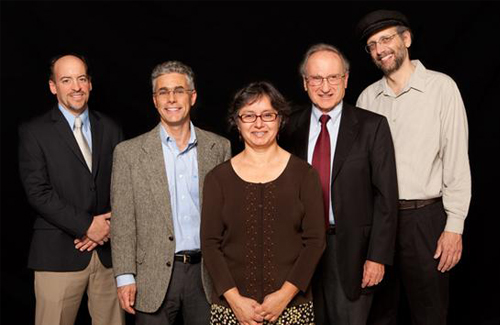 These awards, established through the generosity of Galileo Circle members, recognize outstanding accomplishments in academic scholarship. Each Fellow receives $5,000 and lifetime membership in the Galileo Circle.

Galileo Circle Fellows are the epitome of the academic scholar, with a deep understanding over a broad range of science, a willingness to think in a truly interdisciplinary way, and an ability to inspire colleagues and students alike.

Dr. Malhotra's research is directed towards understanding planetary systems. Her research topics include the Kuiper Belt, the bombardment history of the planets, the formation and evolution of our solar system and other planetary systems, and the astronomical conditions for habitable planets. One of her earliest theories explained Pluto's peculiar orbit, something that had puzzled scientists since the planet's discovery. The idea of planet migration introduced in that work is now widely accepted in solar system studies. In 2001, Dr. Malhotra and her collaborators discovered what is now recognized as the edge of the primordial solar system. Dr. Malhotra also makes time to share her passion for science through numerous public outreach activities.