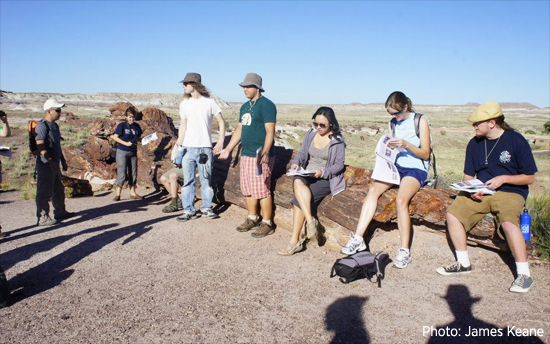 The major theme of our trip this semester was the effect of water on the geologic record. Water affects the character of volcanic eruptions as well as depositing material that later becomes part of the rock record. Water creates canyons by eroding downward through rock, but also sometimes by flowing through the subsurface and undermining material from below (a process called sapping). These two mechanisms produce distinctly different landforms. Both are visible on Mars (and perhaps Saturn's moon Titan) and we're lucky in Arizona to have classic examples of both available to visit. 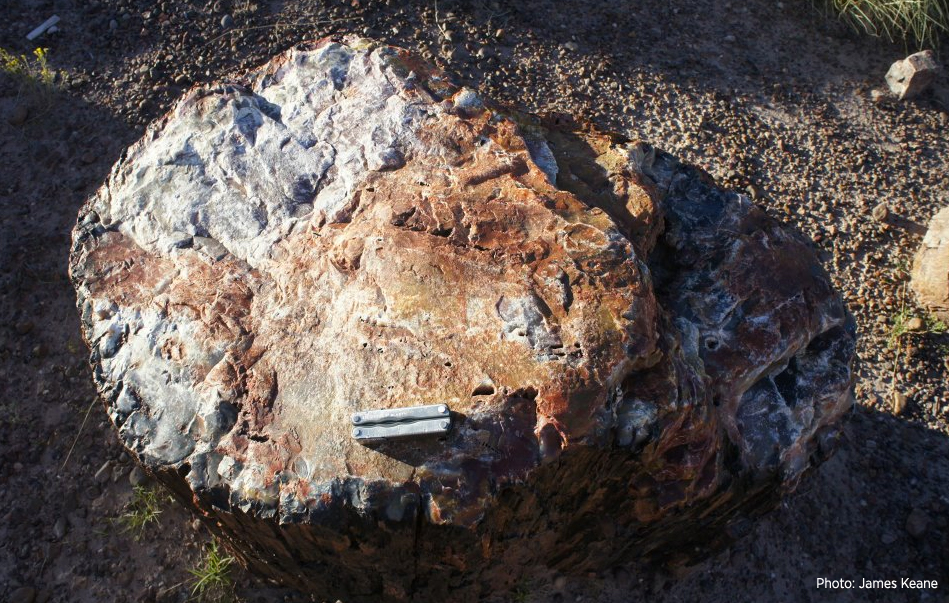 Driving toward northern Arizona we stopped at the Salt River Canyon to see a classic river cut valley. Several features of river cut networks distinguish them from the sapping channels we saw later at Canyon De Chelly including the shapes of the valleys, the way in which elevation decreases as you move downstream and their drainage densities. After discussing all these features it was time for us to press onward, but not before taking in the petroglyphs left by long-departed residents.

Between the Salt River Canyon and Canyon De Chelly we stopped in the Petrified Forest to look at exposures of the Chinle formation. The Chinle has many members from a lowermost gravel-rich member deposited by energetic rivers to overlying fine-grained clay deposited on the rivers' floodplains after they became more sluggish with layers of volcanic ash and organic debris mixed in.

Subterranean water has worked its magic here too and replaced organic material in buried driftwood with silica from the volcanic ash leading to the petrified wood that gives the park its name. Of even more interest to us was the stratigraphic sequence of clays that are perhaps not unlike that in Gale crater on Mars. Gale crater hosts a 3-mile thick mound of layered clay-rich material that will be investigated by the Mars Science Laboratory next year. 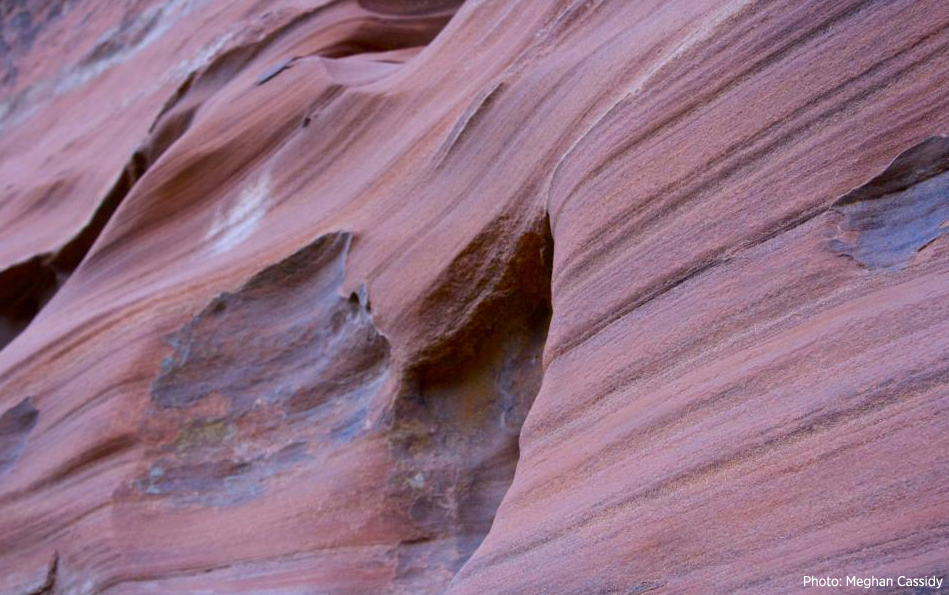 After reaching Canyon De Chelly (a process that involved the loss of only one vehicle) we stopped at viewpoints along the rim to observe the large-scale shape of the canyon and how it differs from the river-cut canyon that we saw earlier in the trip. The walls of Canyon De Chelly are formed from the De Chelly sandstone that contain spectacular cross-bedding showing the orientation of the ancient dunes that marched across this area about 275 million years ago. Below the sandstone, an impermeable layer of shale creates a barrier that groundwater flows along and forms the floor or the canyon whereas the top of the canyon's walls are protected by the gravelly lowermost layers of the Chinle formation. About 60 million years of time separate these sandstone and Chinle layers, a period that includes the largest mass extinction in Earth's history! A hike down to the canyon floor reveals more clues about the origin of this feature (such as the overhanging walls in places) and allowed us to see the cross-bedded sandstone up close. Our hike ends at the White House ruin where we can see how the Anasazi were able to take advantage of recesses in the canyon wall for dwelling.

After leaving Canyon De Chelly we paused briefly in the Hopi Buttes to see the effects of water on the volcanic activity there a few million years ago. Repeated interactions of molten rock and water below the surface led to repeated steam explosions, the debris from which builds low relief rings rather than the more usual steep cones or rocky shields.

As a treat on the way home we passed through Sedona. The rocks visible in Sedona are contemporaneous with those we saw in Canyon de Chelly and mostly made from the same stuff. However, Sedona was perched on the edge of the supercontinent Pangaea at this time whereas the future site of Canyon de Chelly was in Pangaea's interior. Sedona suffered repeated inundation as sea level fluctuated so there are differences in how this material was deposited and some extra marine deposits mixed in. 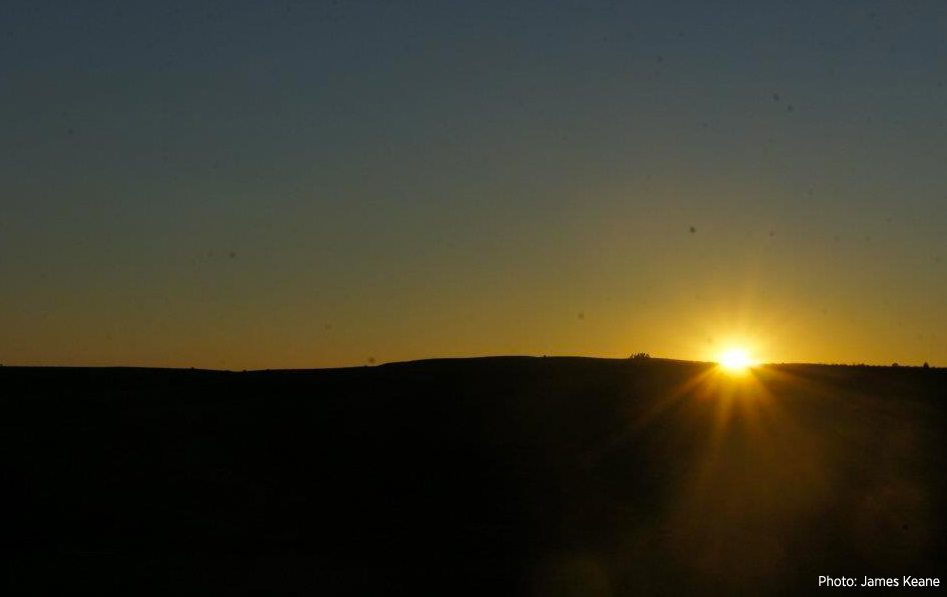 Water has affected almost every aspect of Arizona's geology and continues to do so today. As far off mountain ranges were pushed up and eroded down and the climate changed between wet and dry conditions giant river systems came and went. Arizona's environment fluctuated wildly between the parched deserts and low-lying swamps that are recorded in the rock record. In recent time, water has eroded canyons both by cutting downward through these rocks and undermining them from below. Arizona (and indeed the Earth) is not alone in recording these processes. Mars and Titan both have similar features albeit with their own exotic twists that have yet to be fully understood.