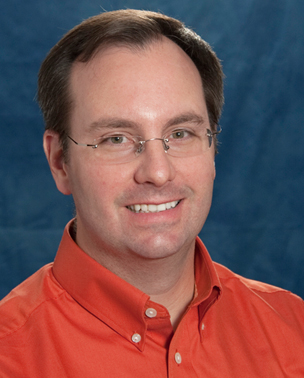 Tom Zega recently joined LPL/PTYS as an Assistant Professor. Prior to arriving at LPL, Tom spent seven years in the Materials Science Division at the Naval Research Laboratory (NRL) in Washington D.C., first as a National Research Council postdoctoral fellow, and then as staff scientist. At NRL, Tom used high-resolution electron microscopy techniques to investigate, among other things, the atomic structure and crystal chemistry of minerals within primitive meteorites to learn about the chemical evolution of the early solar system and ancient stars.

Tom was a member of the preliminary examination team for NASA's STARDUST mission, the first devoted to returning cometary material to Earth and the first to return extraterrestrial material since the Apollo missions returned lunar samples in the late sixties. A native of New Jersey, Tom earned his bachelor's degree in Geology from Rutgers University in 1996, after which he worked in the microscopy and X-ray diffraction laboratories of BASF Corporation for two years studying catalysts for environmental applications and zeolites for petrochemical refinement. Tom attended graduate school at Arizona State University where he earned his Ph.D. in 2003, also in Geology, and used transmission electron microscopy to study hydrated silicates in primitive meteorites as a means to gain insight into the aqueous chemistry that occurred on asteroids in the early solar system.

Tom's current research interests involve the study of: (1) presolar oxide grains to learn about nucleosynthesis and thermodynamics of ancient stars, (2) investigation of refractory inclusions in primitive meteorites to decipher formation of the first solids in the solar system, and (3) microstructural and molecular analysis of insoluble organic matter in primitive meteorites to gain insight into pre-biotic organic chemistry within the presolar and early solar nebula. Tom aims to build a world-class microscopy facility here at the University of Arizona that will support the wide range of research programs taking place across campus as well as the OSIRIS-REx mission when it returns the first samples from a carbonaceous asteroid in 2023.