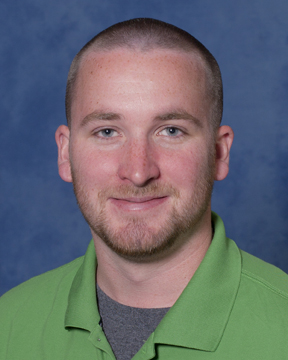 James Keane is a fourth-year graduate student advised by Assistant Professor Isamu Matsuyama. He graduated from the University of Maryland (College Park) in 2011 with B.Sc. degrees in Astronomy (with High Honors) and Geology (with Honors). Keane's research interests include the formation and evolution of solar system planets, planetary satellites, and small bodies, with an emphasis on the interactions between rotational/orbital dynamics and geologic processes of terrestrial and icy bodies.

Keane was awarded a NASA Earth and Space Science Fellowship (NESSF) for 2013-2016, for research on "Stability of Asteroid Regolith during Planetary Close Approaches." He is the recipient of several other awards, including a 2014 Outstanding Student Paper Award from the American Geophysical Union (fall meeting) for "The Contribution of Impact Basins and Mascons to the Lunar Figure: Evidence for Lunar True Polar Wander, and a Past Low-Eccentricity, Synchronous Lunar Orbit." Keane was also awarded a 2014 Galileo Circle Scholarship from the University of Arizona's College of Science.

In 2014, Keane was first author on two journal articles:

In addition to his studies and research, Keane has been actively involved with planetary science outreach in Tucson and at LPL, including serving as a volunteer for OSIRIS-REx, Tucson Festival of Books, and LPL special events. He volunteers, too, at the Pima Air and Space Museum; works as a counselor for UA Astronomy Camp; and serves as a writer and artist for 321 Science! Keane is also one of two co-organizers responsible for developing and organizing The Art of Planetary Science at LPL.

Keane plans to defend his dissertation in 2016.