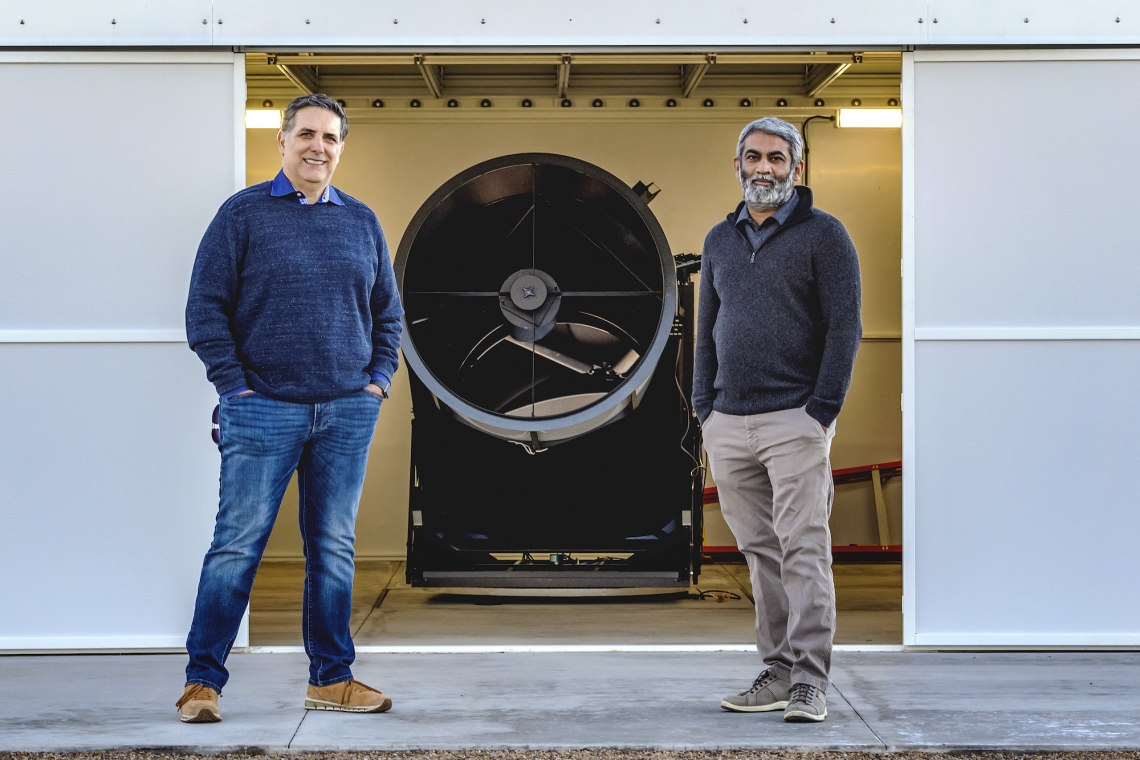 The moon is top of mind for many national space programs and private companies, with some planning to send humans back to the lunar surface as early as 2025.

In advance, scientists are launching satellites and other payloads to orbit the moon. But so far, no one has kept track of just how many artificial objects are already up there, or where they are at any given moment. Without a way to keep track of traffic, the orbital space surrounding the moon could quickly grow crowded.

The Air Force Research Laboratory's Space Vehicles Directorate has tasked University of Arizona researchers with getting a handle on this impending lunar traffic jam, awarding them $7.5 million in funding.

"The University of Arizona has been a world leader in space exploration for decades, and our scientists were instrumental in mapping the surface of the moon for NASA's Apollo 11 mission in 1969," said University of Arizona President Robert C. Robbins. "We are now building upon this legacy to better understand and proactively address possible traffic congestion between Earth and the moon."

Principal investigators Roberto Furfaro, professor of systems and industrial engineering, and Vishnu Reddy, an associate professor in the College of Science's Lunar and Planetary Laboratory, are developing ways to detect, characterize and track objects in cislunar space, or the space between Earth and the moon.

"With projects like the Catalina Sky Survey and Near-Earth Object Surveyor mission, LPL is at the cutting edge of detecting and characterizing natural moving space objects such as asteroids," said Carmala Garzione, dean of the College of Science. "This team is drawing on decades of expertise to do the same for humanmade objects between Earth and the moon."

Getting ahead of potential problems

According to NASA, there are more than 23,000 cataloged objects orbiting Earth, and congestion is an increasing concern. In contrast, Furfaro and Reddy estimate there are just dozens of payloads orbiting the moon.

"The orbital space around the Earth is becoming extremely congested, so the Space Force and Air Force Research Laboratory are trying to get ahead of the problem around the moon," said Furfaro, who initiated a space domain awareness program at the university in 2015. "The University of Arizona and the Air Force Research Lab have been working together for years on space domain awareness. Now, we're taking the next step and expanding this awareness all the way to the moon."

While the team's prior Air Force collaborations focused on awareness of objects in geostationary range – approximately 36,000 miles out from the center of the Earth – this project extends to 437,700 miles away from Earth's center, and beyond.

Payloads launched into cislunar orbit are mostly self-reported, and they are not monitored by a central international agency. The UArizona team will create cyberinfrastructure to characterize and identify the objects, paving the way for a well-organized path to the moon. Reddy compared it to coming in on the ground floor of a new infrastructure plan. That is, they're not trying to increase the efficiency of roads, but are studying the early sources of traffic to better inform decision making before the roads even exist.

"University collaborations like this are key to the Space Force's goal of providing a safe and sustainable space ecosystem and developing a highly capable talent pool for the U.S. Space Force now and in the future," said Benjamin Seibert, Space Control Mission Area lead for the Air Force Research Laboratory, or AFRL. "Capabilities to detect, track and catalog objects from the Earth to the moon and beyond enable freedom of navigation critical to civil and commercial use of space. We are very excited to continue our collaborations with University of Arizona."

Tracking from a distance

Reddy and his students in the Lunar and Planetary Laboratory use dedicated sensors at the university's Biosphere 2 research facility to characterize objects in space. Their suite of equipment includes several telescopes dedicated to space domain awareness, including one built by a group of UArizona engineering undergraduates.

"It's like tracking a firefly that's flying around a searchlight," said Reddy, who has pioneered the observational techniques to track cislunar objects.

Furfaro's background is in orbital mechanics and machine learning for artificial objects in space. While Reddy is concentrating on detection and tracking, Furfaro will create methods to analyze and catalog the data. The team will also partner with future missions sending objects into cislunar orbit, so new objects can be tracked and cataloged from the start of their journeys.

"Roberto (Furfaro) has earned a lot of recognition for his work – including being named the College of Engineering's 2020 da Vinci Fellow and having an asteroid named after him," said David W. Hahn, Craig M. Berge Dean of the College of Engineering. "He and Vishnu (Reddy) have worked together on several successful, high-profile projects. I'm confident they're the perfect people to lead this effort, and to place the University of Arizona at the forefront of cislunar space domain awareness."