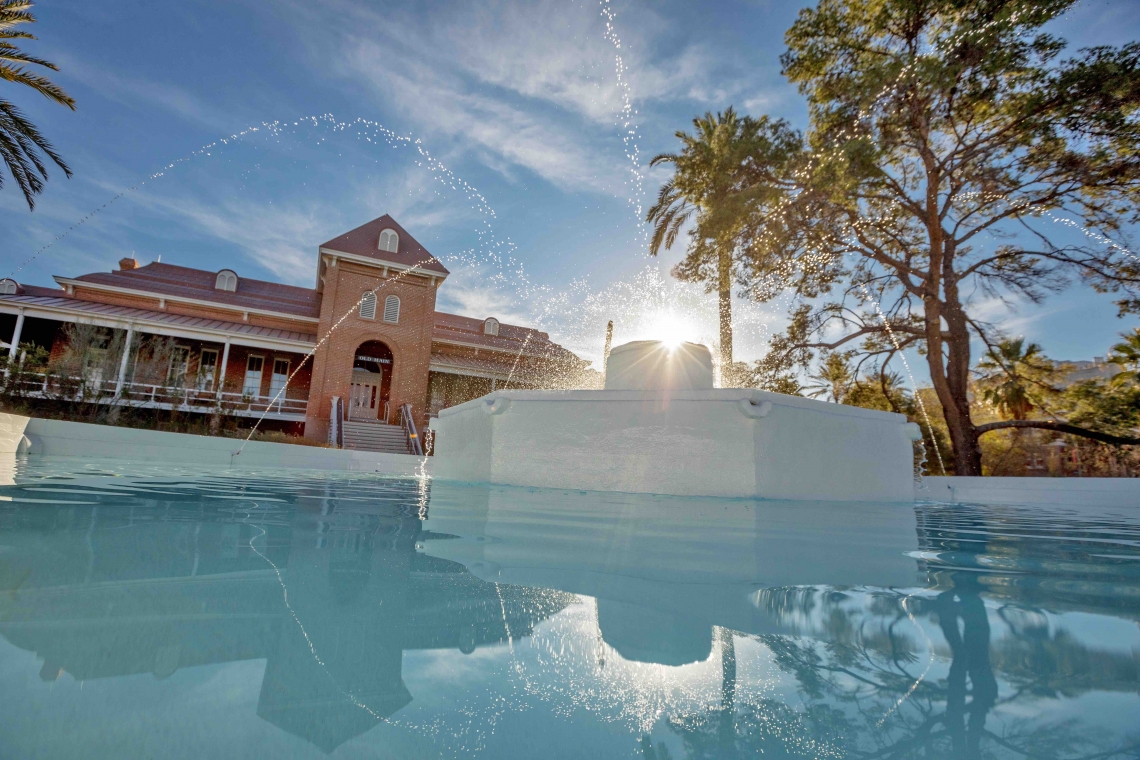 The University of Arizona is ranked once again among the nation's top public research universities, with $770 million in total research activity in fiscal year 2021, according to data released Thursday by the National Science Foundation.

The university also retained its No. 1 ranking in astronomy and astrophysics expenditures at more than $113 million – more than $40 million ahead of the No. 2-ranked university.

UArizona saw an increase of more than $9 million over its fiscal year 2020 total. The university's research and development expenditures rank No. 20 among public institutions and No. 36 overall. This ranking places UArizona in the top 4% of all U.S. universities ranked in this list, both public and private. UArizona has held the No. 1 ranking in astronomy and astrophysics expenditures each year since 1987.

The HERD survey also ranked UArizona No. 4 among schools with high Hispanic enrollment. In 2018, the university earned the designation of Hispanic-Serving Institution from the U.S. Department of Education for its success in the enrollment of Hispanic students.

UArizona ranked No. 5 in NASA-funded activity and No. 6 in the physical sciences.

"Powered by the forward thinking approach and determined spirit of our faculty and researchers, the University of Arizona research enterprise saw continued growth in the 2021 fiscal year," said Elizabeth "Betsy" Cantwell, senior vice president for research and innovation. "Vacuuming rubble from the surface of an asteroid in mere seconds, establishing a one-of-a-kind Institute for Global Grand Challenges with partners in France, and designing extended reality experiences to simulate real-life discrimination within our Center for Digital Humanities are among our many successes this year – demonstrative not only of the breadth and depth of our research, but also of its significant impact on society."

The University of Arizona Health Sciences had $305 million in research activity in fiscal year 2021, according to the NSF. This marks the third consecutive year of increases for UArizona Health Sciences, which has five colleges and 16 centers and programs in Tucson, Phoenix and Gilbert, Arizona.

"Our year-over-year increases in research activity are a testament to the University of Arizona Health Sciences' commitment to investigate and solve critical health care problems," said Dr. Michael D. Dake, senior vice president for the University of Arizona Health Sciences. "Our research strengths in areas such as immunology and immunotherapies, cancer, neurodegenerative diseases, chronic pain and addiction, and precision health care and treatments have the potential to improve health and well-being not only for Arizonans, but also for people around the world by building healthier communities for all."

UArizona also ranked No. 60 globally and No. 37 in the U.S. in the first edition of Research.com's ranking of the world's top universities.

The University of Arizona also earned top-50 placements in the following categories:

Some examples of UArizona research that made headlines and had significant impact in fiscal year 2021, between July 1, 2020 and June 30, 2021, include:

UArizona hypersonic experts contributing to $100M consortium
Home to multiple high-speed wind tunnels and facilities for high-temperature materials and manufacturing, UArizona is among the leading institutions working to accelerate research and technology for hypersonic flight.

Sixth mirror casting brings Giant Magellan Telescope closer to completion
Underneath the stands of the Arizona Wildcats Football Stadium, engineers from the UArizona Richard F. Caris Mirror Lab manufacture the world's largest and most lightweight telescope mirrors. This year, they began casting the sixth of seven segments that together will make up the primary mirror of the Giant Magellan Telescope.

UArizona to lead mission to discover potentially dangerous asteroids
A new mission to find, track and characterize asteroids and comets that may pose a threat to Earth moved one step closer to launch. The Near-Earth Object Surveyor mission – led by Amy Mainzer, a professor in the UArizona Lunar and Planetary Laboratory – was approved by NASA to begin its preliminary design phase.

Engineers propose solar-powered lunar ark as 'global insurance policy'
University of Arizona researcher Jekan Thanga is taking scientific inspiration from an unlikely source: the biblical tale of Noah's Ark. Rather than two of every animal, however, his solar-powered ark on the moon would store cryogenically frozen seed, spore, sperm and egg samples from 6.7 million Earth species.

Anti-racism project uses virtual reality to let people 'walk in someone else's shoes'
Bryan Carter, director of the UArizona Center for Digital Humanities, launched a project that uses virtual and augmented reality to re-create common experiences of racism and discrimination. The goal is to help people better understand those experiences by allowing them to "step into the shoes of others."

Einstein's description of gravity just got much harder to beat
Einstein's general theory of relativity – the idea that gravity is matter warping spacetime – has withstood over 100 years of scrutiny and testing, including the newest test by astrophysicists from the Event Horizon Telescope collaboration. According to their findings, Einstein's theory just got 500 times harder to beat.

How cold was the Ice Age?
Researchers now know A UArizona-led team nailed down the temperature of the last ice age – the Last Glacial Maximum of 20,000 years ago – to about 46 degrees Fahrenheit.