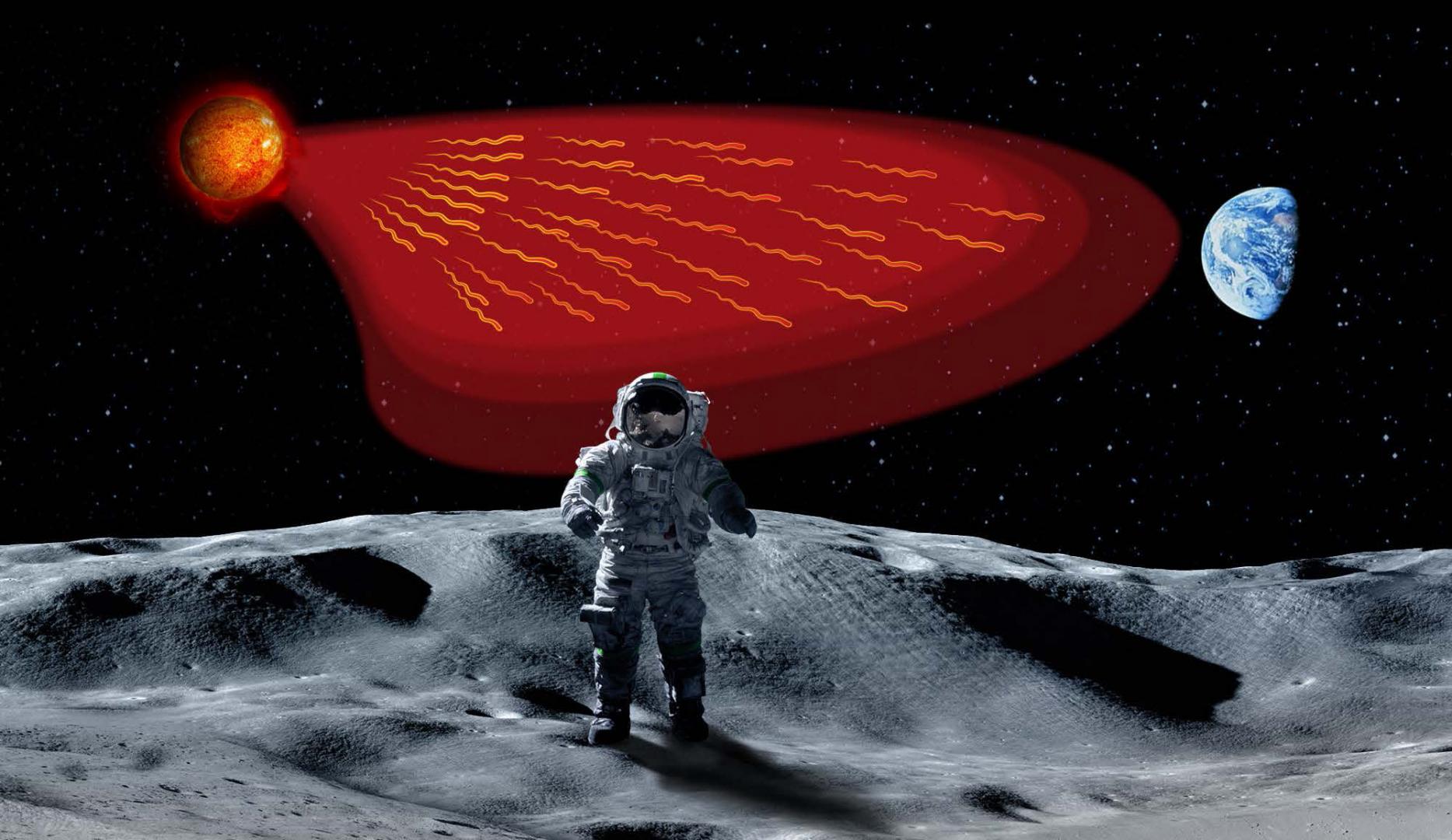 No other spacecraft has traveled faster and closer to the sun than NASA's Parker Solar Probe. The spacecraft is enduring scorching temperatures to gather data, which are being shared for the first time in four new papers that illuminate previously unknown and only-theorized characteristics of our volatile celestial neighbor.

The information Parker has uncovered about how the sun constantly ejects material and energy will help scientists rewrite the models they use to understand and predict the space weather around our planet, and understand the process by which stars are created and evolve. It also will be vital to protecting astronauts and technology in space.

Four papers, available online from the journal Nature, describe Parker’s unprecedented near-sun observations through two record-breaking close flybys, which exposed the spacecraft to intense heat and radiation. They reveal new insights into the processes that drive the solar wind – the constant outflow of hot, ionized gas that streams outward from the sun and fills up the solar system – and how the solar wind couples with the sun's rotation. Through these flybys, the mission also has examined the dust in the environment of the sun's atmosphere, or corona, and spotted particle acceleration events so small that they are undetectable from Earth, which is nearly 93 million miles from the sun.

During its initial flybys, Parker studied the sun from a distance of about 15 million miles. That is already closer to the sun than Mercury, but the spacecraft will get even closer in the future, as it travels at more than 213,000 mph, faster than any previous spacecraft.

Among the findings are new understandings of how the sun's constant outflow of solar wind behaves. Seen near Earth, the solar wind plasma appears to be a relatively uniform flow – one that can interact with our planet's natural magnetic field and cause space weather effects that interfere with technology. Instead of that flow, near the sun, Parker's observations reveal a dynamic and highly structured system. For the first time, scientists are able to study the solar wind from its source, the corona, similar to how one might observe the stream that serves as the source of a river. This provides a much different perspective as compared to studying the solar wind were its flow impacts Earth.

"By the time it gets to Earth, the solar wind is relatively smooth and well behaved, but close to the sun, it appears to be much more dynamic," says Kristopher Klein, an assistant professor in the Lunar and Planetary Laboratory at the University of Arizona. "These local measurements of the solar wind represent the first steps into the region where the solar wind is still quite choppy and hasn't been smoothed out yet."

Klein is one of several scientists affiliated with the mission who are especially interested in studying the solar wind close to the sun, as it may bear signatures of whatever mechanism is heating the sun's atmoshpere, or corona, to a million degrees. How this happens is still a mystery that can't be studied by measuring the near-Earth solar wind.

One type of event in particular caught the attention of the science teams – flips in the direction of the magnetic field, which flows out from the sun. These reversals – dubbed "switchbacks" – appear to be a very common phenomenon in the solar wind flow inside the orbit of Mercury, but not any farther from the sun, making them undetectable without flying directly through that solar wind the way Parker has.

During a switchback, the magnetic field whips back on itself until it is pointed almost directly back at the sun. These switchbacks, along with other observations of the solar wind, may provide early clues about what mechanisms heat and accelerate the solar wind.

In a separate publication, based on measurements by the Solar Wind Electrons Alphas and Protons, or SWEAP, instrument, researchers found surprising clues as to how the sun’s rotation affects the outflow of the solar wind.

Near Earth, the solar wind flows past our planet as if it travels initially in almost straight lines – or "radially," like spokes on a bicycle wheel – out from the sun in all directions. But the sun rotates as it releases the solar wind, and before it breaks free, the solar wind is expected to get a push in sync with the sun's rotation. The further out the solar wind continues to rotate with the sun, the faster it should go, Klein explains. As Parker ventured to a distance of around 20 million miles from the sun, researchers obtained their first observations of this effect.

"Think of children on a merry-go-round or playing crack-the-whip," says Klein, who co-authored the report. "We have theories for how far from the sun the solar wind should continue to rotate, and this distance controls how quickly the sun's rotation slows down due to a loss of angular momentum. As our sun is the only star where we can capture such measurements in close proximity, this data will be very important for describing the evolution of stars throughout the universe."

Dust in the Wind

Parker also observed the first direct evidence of dust starting to thin out around 7 million miles from the sun – an effect that has been theorized for nearly a century, but has been impossible to measure until now. These observations were made using Parker’s Wide-field Imager for Solar Probe, or WISPR, instrument, at a distance of about 4 million miles from the sun.

Scientists have long suspected that close to the sun, this dust would be heated to high temperatures, turning it into a gas and creating a dust-free region around the star. At the observed rate of thinning, scientists expect to see a truly dust-free zone beginning at a distance of about 2-3 million miles from the sun, which the spacecraft could observe as early as September 2020, during its sixth flyby. That dust-free zone would signal a place where the material of the dust has been evaporated by the sun’s heat, to become part of the solar wind flying past Earth.

Finally, Parker's Integrated Science Investigation of the Sun, or ISʘIS, energetic particle instruments have measured several never-before-seen events so small that all traces of them are lost before they reach Earth. These instruments have also measured a rare type of particle burst with a particularly high ratio of heavier elements, particularly helium, oxygen and iron – suggesting that both types of events may be more common than scientists previously thought.

Solar energetic particle events are important, as they can arise suddenly and lead to space weather conditions near Earth that can be potentially harmful to astronauts. Unraveling the sources, acceleration and transport of solar energetic particles will help us better protect humans in space in the future.

"This is the closest we have ever observed a coronal-mass-ejection related energetic particle event," says Joe Giacalone a Lunar and Planetary Laboratory professor and member of the ISʘIS instrument team. "Parker was about 50 solar radii from the sun at the time.

"We are observing the sun's outer atmosphere where we never have before," he added. "This is exciting. Much of what we have seen was not expected. These initial observations still require some interpretation, which will help us better understand how the sun – and, by extension, other stars – work."