The Art of Planetary Science 2020: A Virtual Odyssey

Organizers of the seventh exhibition of The Art of Planetary Science (TAPS) were met with new challenges and unexpected opportunities. For the first six exhibitions, TAPS was a physical event that attracted approximately 1,000 guests to the Kuiper Space Sciences Building, which was transformed into a gallery displaying works of space art. This year, due to COVID restrictions, TAPS went completely virtual in displaying art galleries as well as in hosting speakers and ceremonies for the event.

The virtual event allowed for participation from a broader scope of artists and attendees who may not have been able to participate in past TAPS exhibitions, resulting in a record number of submissions (nearly 450). To accommodate viewing, three virtual art galleries (Data Art, Fine Art and Moon Art) were available online from September 25-October 31. Video loops of the submitted art are available to view on the TAPS web site and the TAPS YouTube channel.  We plan to use the virtual art gallery capabilities in future exhibitions to maintain that accessibility for our international colleagues and guests.

For the first time in TAPS history, a special sub-theme category of Moon art was added in order to honor the history of the Lunar and Planetary Laboratory. The Moon Art gallery was very popular, and included over 100 submissions. This year's International Observe the Moon Night (September 26) was a great opportunity for TAPS highlight and celebrate lunar art with observers around the world. Moon-themed presentations from Steve Kortenkamp, Alfred McEwen, Steve Larson and Jessica Barnes helped show off the many years of lunar science, exploration, and continued research at LPL. The Moon “SLAM” poetry segment was a hit, despite being completely virtual. Our partnership with Flandrau Science Center & Planetarium continued this year, with a streamed showing of Desert Moon, a documentary about the role that Gerard Kuiper and LPL played in the space race and the Apollo program. This was accompanied by a live Q&A with the creator/director of the film, Jason Davis. Thanks to the Mt. Lemmon Sky Center, participants were able to observe the Moon, Jupiter, and Saturn live on NASA TV.

Other opening weekend events included an invited talk from the founder of TAPS, Dr. Jamie Molaro, a presentation from Adam Block about the interpretation of astronomical images, Flandrau’s first live planetarium show since March, a musical performance by Satellite Mirage, an invited dance titled The Tides of Mars from Circuit, virtual solar telescope observing with Tucson Amateur Astronomy Association, live painting with Laci Brock, astrophotography tips with Bettymaya Foott, Director of Engagement for the International Dark-Sky Association, and an artist feature presentation from Chrys Kapuranis. Closing events included a Haunted Skies planetarium show, live at Flandrau, and a public telescope evening that was held in October. There was even a musical finale with Nerd Immunity and DDouble Life providing a rock-and-roll space-music stream. You can view the virtual presentations and musical performances on the TAPS YouTube channel.

The Art of Planetary Science would like to thank all the speakers, presenters, and performers for contributions during this tumultuous time for humans on Earth. Thanks, too, to Joshua Sosa for developing the virtual art gallery capability for our web site. And many special thanks from all the past and current TAPS organizers go to LPL Director and Department Head Dr. Timothy Swindle for the support he has provided for The Art of Planetary Science through the years. Without Tim, TAPS would not have not come into existence and continued to flourish.

Best wishes to all on your virtual odyssey! 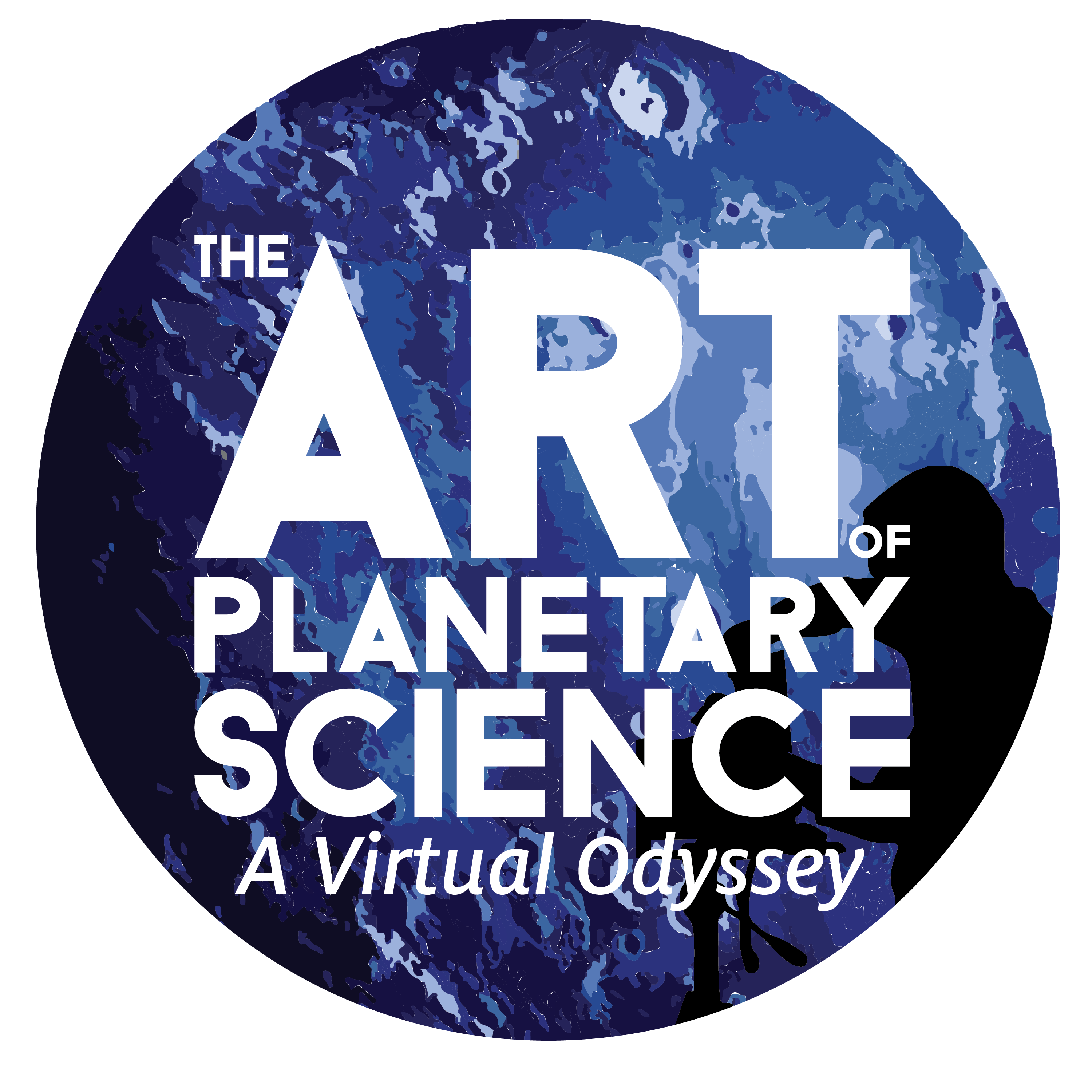